A hand-made flowered blouse given to Eve Rich by the nuns of a Carmelite convent after they could no longer hide them. She wore the blouse under her clothes in Majdanek. 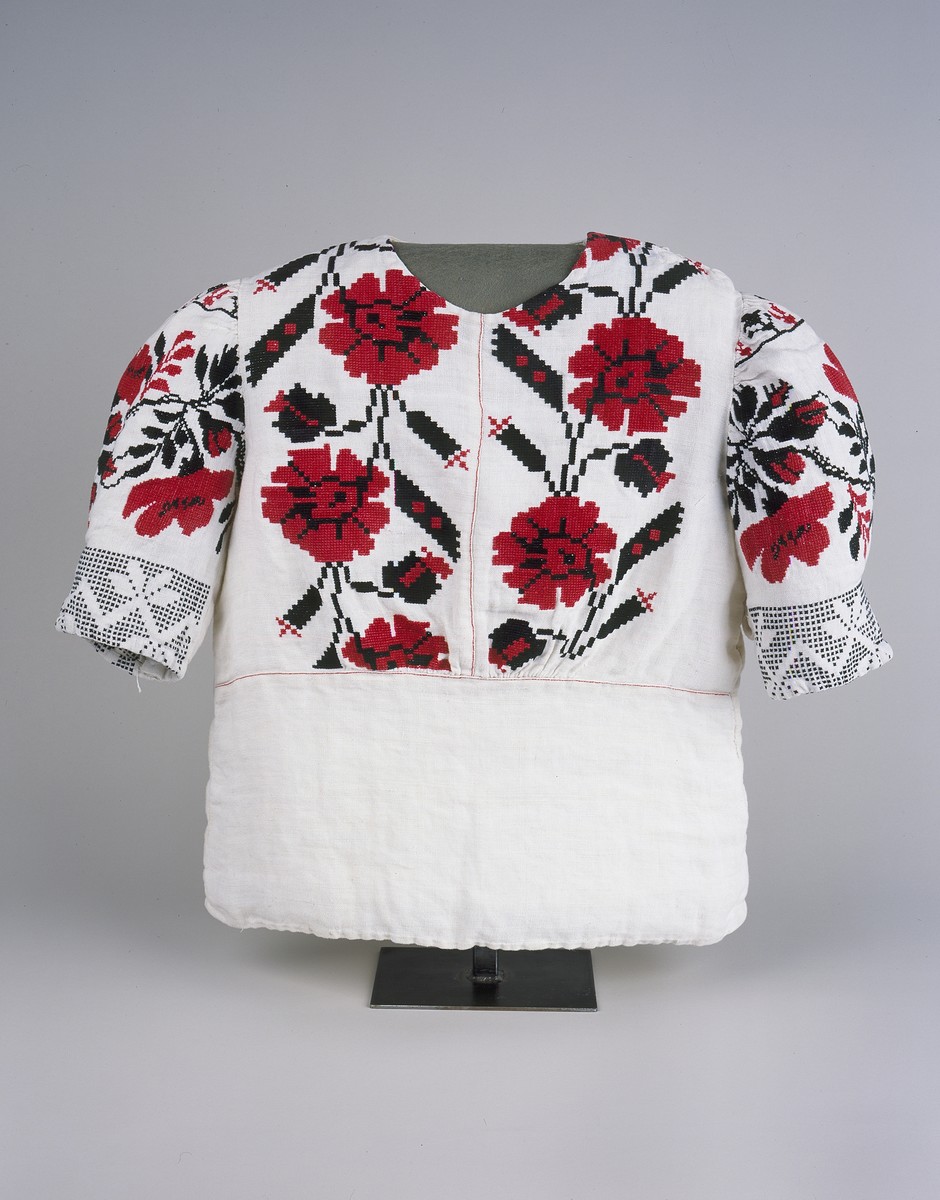 A hand-made flowered blouse given to Eve Rich by the nuns of a Carmelite convent after they could no longer hide them. She wore the blouse under her clothes in Majdanek.

Biography
Eve Rich Blumberg (born Eva Chava Wugshul) is the daughter of Yechiel and Shaindel (Shapiro) Wugshul. She was born April 14,1924 in Kowel, in eastern Poland near the Russian border. Her father, who had rabbinical ordination, was trained as a lawyer, but because of anti-Semitism, was unable to appear before the bar. Instead, he advised other lawyers outside the courtroom and served as a judge in a religious court. Her mother, the daughter of a prosperous lumber merchant in Macieyow, worked as a piano teacher. Eva had two older sisters, Lisa and Gitl, and an older brother, Naftali. Her brother left for Palestine soon after his bar mitzvah when Eva was only five-years-old. As a child, Eva attended a Polish public school and religious school in afternoon. After the German invasion of Poland in 1939, Kowel fell under Soviet rule until June 1941, when it was reoccupied by the Germans. The following year, on May 25, 1942, Eva and her family were confined to the ghetto. At first non-Jewish friends of her grandfather brought the family extra food, but this was soon cut off and the family suffered from hunger. The Germans began the liquidation of the ghetto that July, and Eva's mother and sisters were deported. Eva's father was shot and killed during the round-up when he failed to immediately follow the German order. (He was in the middle of his prayers.) Eva, who was hiding in another room, witnessed his murder. When it was safe she ran out of the ghetto and met up with three or four other girls who had escaped. For about a week they lived in the forests, begging food from peasants. Eventually, they found a Carmelite convent and pleaded for help. The nuns, who were hiding Jewish infants and women, agreed to house the girls in their basement. Sometimes the girls did chores for them. After several months, it became too dangerous for the nuns to continue sheltering the girls. Before the girls left the nuns gave them crosses, a prayer book and peasant blouses to wear so they would not look suspicious. The girls began walking and in despair, feeling that they could not hide any longer, decided to enter what they thought was a labor camp in the hope of getting something to eat. They ended up walking into the Majdanek extermination camp. Eva was given different types of work cleaning the barracks of Russian officers, digging ditches, moving stones and sorting belongings of those who had been killed. During the evacuation of Majdanek, Eva was put on a train headed for another concentration camp. She decided to escape and jumped from the train. A guard shot her in the leg. Eva was picked up and put on a transport of Polish Ukrainian forced laborers bound for Germany to do farm work. One Ukrainian girl named Natasha befriended her and protected her though she knew Eva was Jewish. Soon afterwards, Eva was liberated by American troops and taken to a hospital to recuperate. At first she did not want to talk to any Americans since she distrusted anyone in uniform but eventually answered the questions they posed to her. She told them that she had a brother in Palestine as well as relations in America. The soldiers posted an advertisement in an American Yiddish newspaper, and with the help of the American Red Cross, they managed to track down her brother who was a member of the Jewish Brigade stationed in Belgium. Soon Eva received two visits: one from her brother and one from a distant cousin, Nathan Rich, who was stationed in Munich. Naftali told her about the difficulties of coming to Palestine, but Nathan arranged for his family to sponsor her immigration to America. Eva immigrated to the United States on board the troop ship, the Marine Fletcher and settled in New York. She continued to correspond with Nathan and married him after his discharge from the army.