A plaid dress worn by Vera Reiss while in hiding. 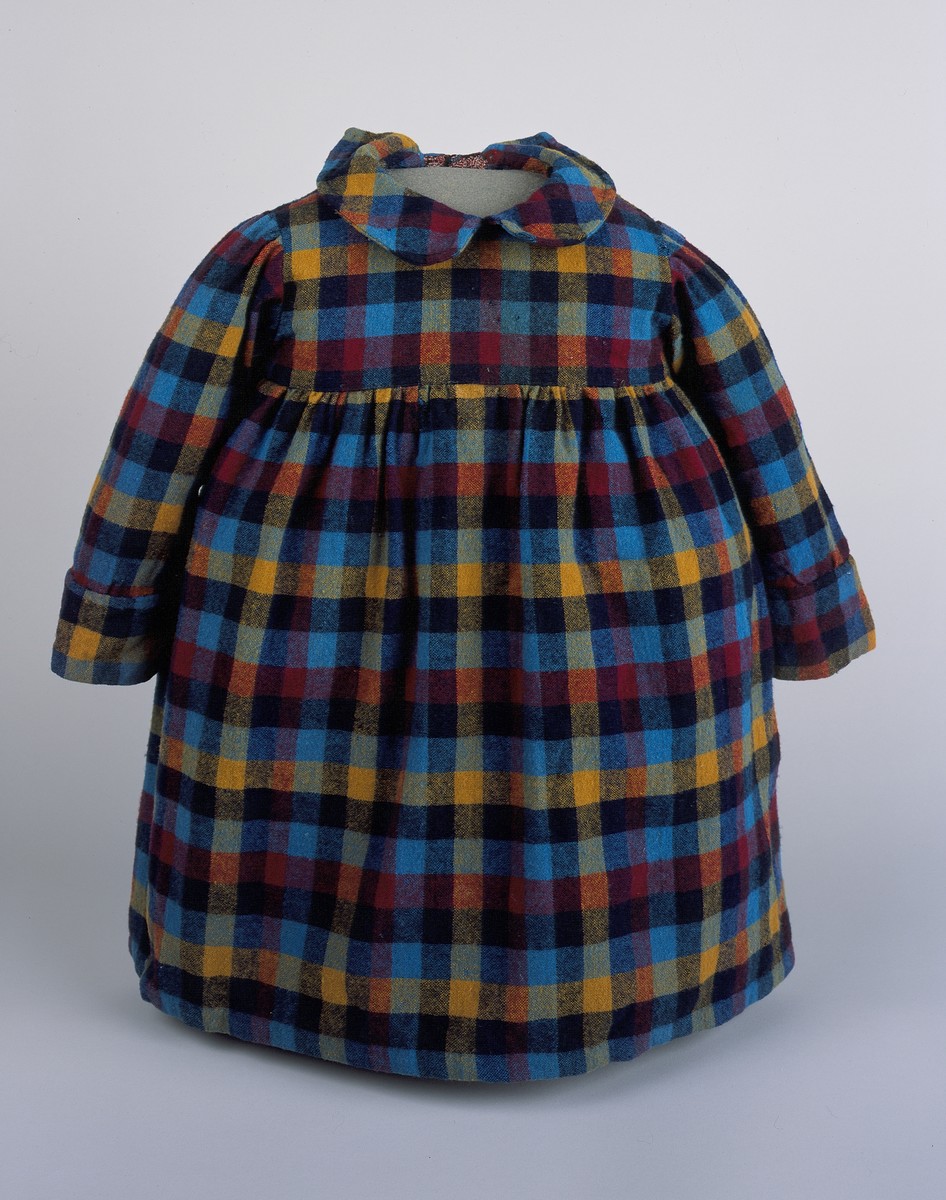 A plaid dress worn by Vera Reiss while in hiding.

Biography
Vera Waisvisz-Reiss (born Vera Reiss) is the daughter of Saloman and Sophie Duim Reiss. She was born on March 5, 1942 in Amsterdam where Saloman (born January 24, 1902) worked as a literary editor and also performed a lot of volunteer work. His father was born in London and immigrated to the Netherlands when he was still very young to work in the textile business as a traveling merchant. Sophie Reiss (nee Duim) was born to a family of Dutch Jews in 1903. She had several cousins who all married non-Jewish Dutch resisters. The German army invaded the Netherlands in 1940 and began implementing anti-Jewish laws in 1941. In addition, Dutch police and German soldiers began arresting male members of the community in Amsterdam and sending them off to nearby labor camps. Salomon decided that rather than risk having his whole family be deported, he would allow himself to be taken. In July 1942, at the beginning of the mass deportations from the Netherlands, Saloman Reiss was taken to the Westerbork Transit Camp. From there, he was taken to Auschwitz where he died on February 28, 1943. Sophie received a letter from her brother Salomon Duim (who was imprisoned in Westerbork) warning her of the dangers of deportation. One day,German soldiers attempted to deport her and Vera, but she insisted that she wasn’t able to walk and that the baby was in poor health. Sophie Reiss was left alone, she decided to flee before another attempt could be made to deport her and her daughter. Vera and her mother were then hidden for a short period with non-Jewish family member. Afterwards, Vera was placed with Hermanus Pieter van Pelt and his wife Huberta Johanna van Wijngaarden in Baarn under the name Vrouke Peters. The van Pelts had been clients of her Salomon's father. Vera remained with them from near the end of 1942 until liberation in 1945. Sophie went into hiding as well under false papers but was constantly on the move supporting herself as a seamstress and housekeeper. After liberation, she reunited with Vera and they moved into a small apartment in Amsterdam where they remained for almost twenty years until Sophie’s death in 1965. Vera married a Dutch Jew and immigrated with him to the United States.