Four children stand under a tree outside the children's home in Seyre. 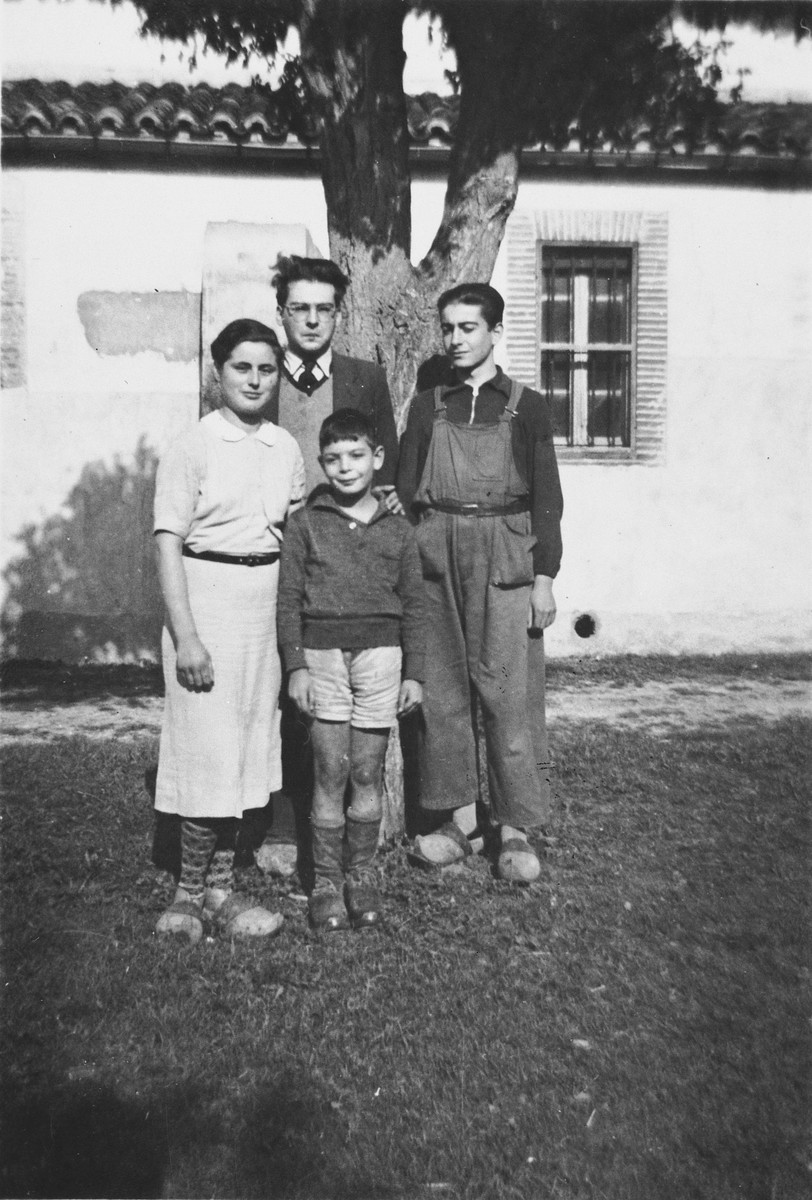 Four children stand under a tree outside the children's home in Seyre.

Ruth Herz is on the left. Walter Kamlet is in the back. Rolf Weinmann is in front and Werner Rindberg is on the right.