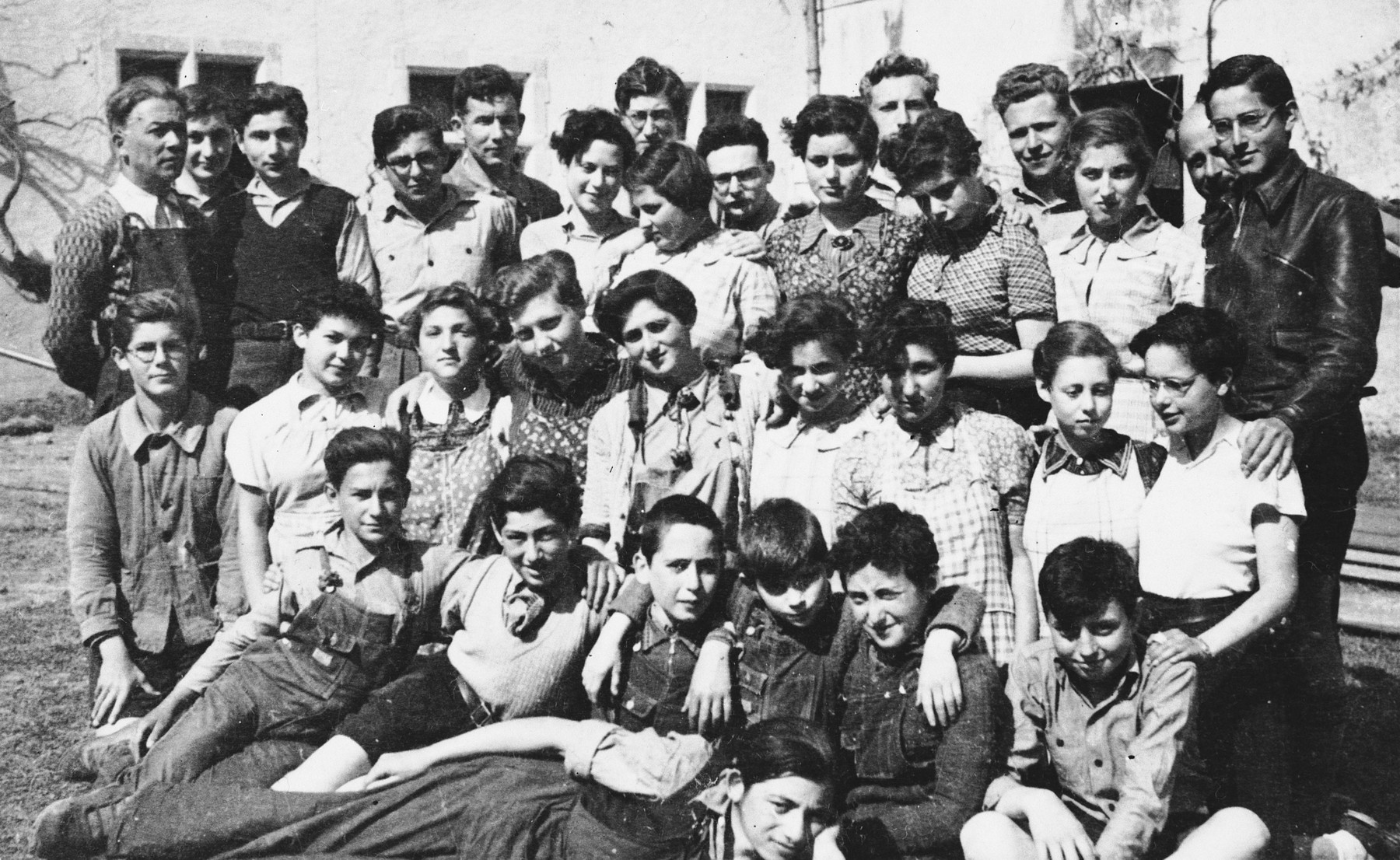 https://encyclopedia.ushmm.org/content/en/article/belgium.
Biography
Ilse Wulff (now Garfunkel) is the only child of Herman and Lotte (Berndt) Wulff. She was born December 25, 1925 in Stettin, Germany, where her father was a businessman. Throughout the 1930s Ilse faced growing anti-Semitic harassment from her classmates at the local public elementary school until she was finally expelled in 1936 and forced to attend the Jewish school. Following Kristallnacht, Ilse's parents sent her on a Kindertransport to Belgium. She left in January 1939, and three months later, her parents left for Shanghai. Ilse's father died in Shanghai in 1940, and her mother succumbed to typhus in August 1945. Following the German invasion of Belgium in May 1940, Ilse and her group of German Jewish refugees were evacuated to France. Their train was strafed by German bombers in Le Havre during their four day trip. The children finally arrived in Seyre (Haute Garonne) on May 18, 1940. They remained there for over a year, living in extremely primitive conditions until the Secours Suisse (Swiss Children's Aid) found new accommodations for them at a home called Chateau de la Hille in the spring of 1941. For the first year, the children lived in relative security. However, on August 26, 1942, the French police raided the home and rounded-up some forty of the older children, including Ilse. They were taken to the Le Vernet internment camp to await deportation. In the meantime, Rosali Naef, the director of La Hille, contacted the local head of the Secours Suisse, who went to Marseilles to plead for the release of the children. He was successful, and the children returned to La Hille in September. The situation, however, remained too dangerous for the teenages to remain in La Hille, so individually and in groups they were smuggled over the borders into Switzerland and Spain. Ilse crossed the border into Switzerland on the night of December 31, 1942. After spending time in two refugee camps, she was placed in the home of a protestant minister, Pastor Charles Brutsch, who was a friend of Martin Niemoeller. Ostensibly, Ilse was to be an au pair and help care for the three Brutsch children, but the minister treated Ilse as a member of his family. She lived with them for two years while she studied pediatric nursing. Ilse remained in contact with the Brutsch family after the war.