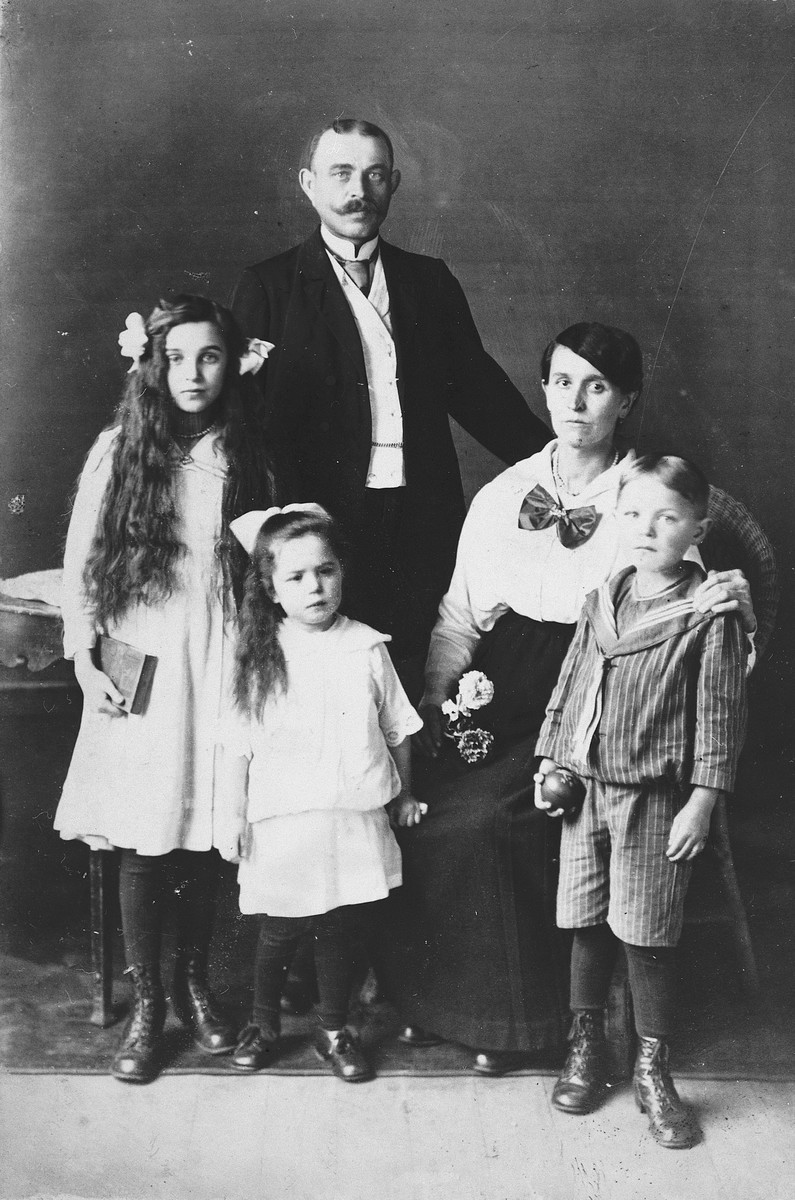 Pictured are Emil and Emilie (Geromin) Bordin with three of their children: Sofie, Frieda and Rudolf.