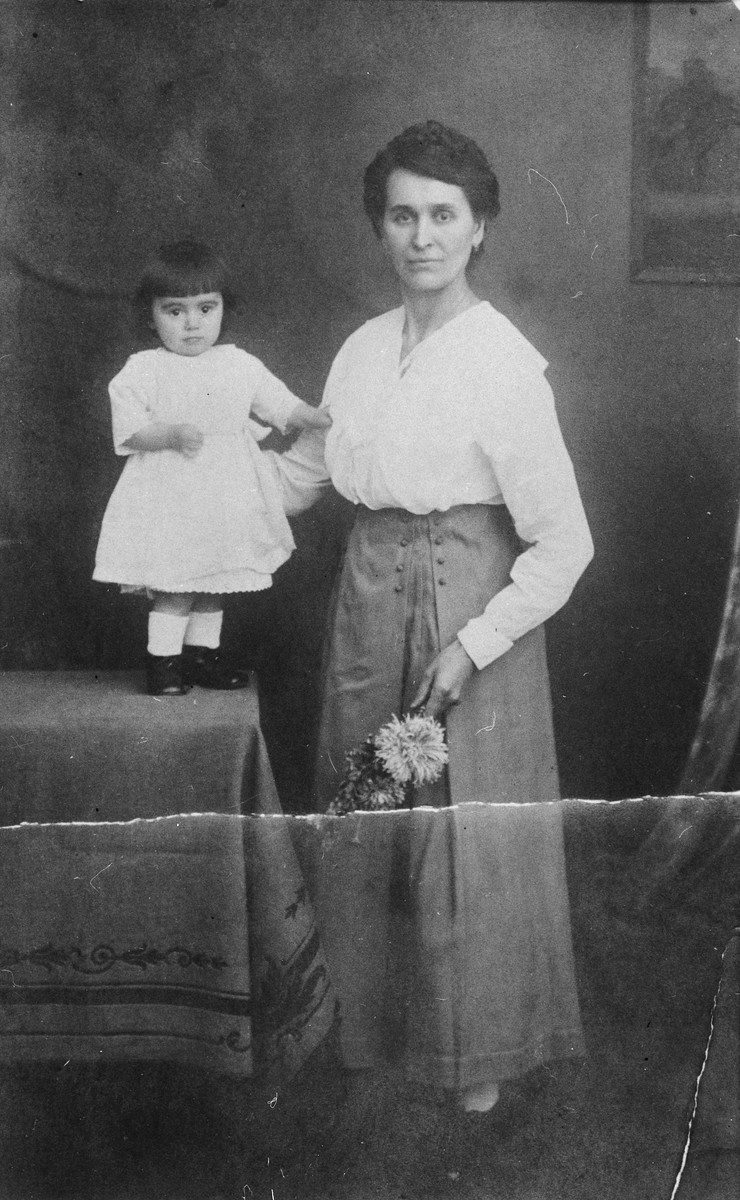 Pictured are Emilie (Geromin) Bordin with her daughter Frieda.