Arthur Szyk visits the Poznansky family at their home in Surrey, England. 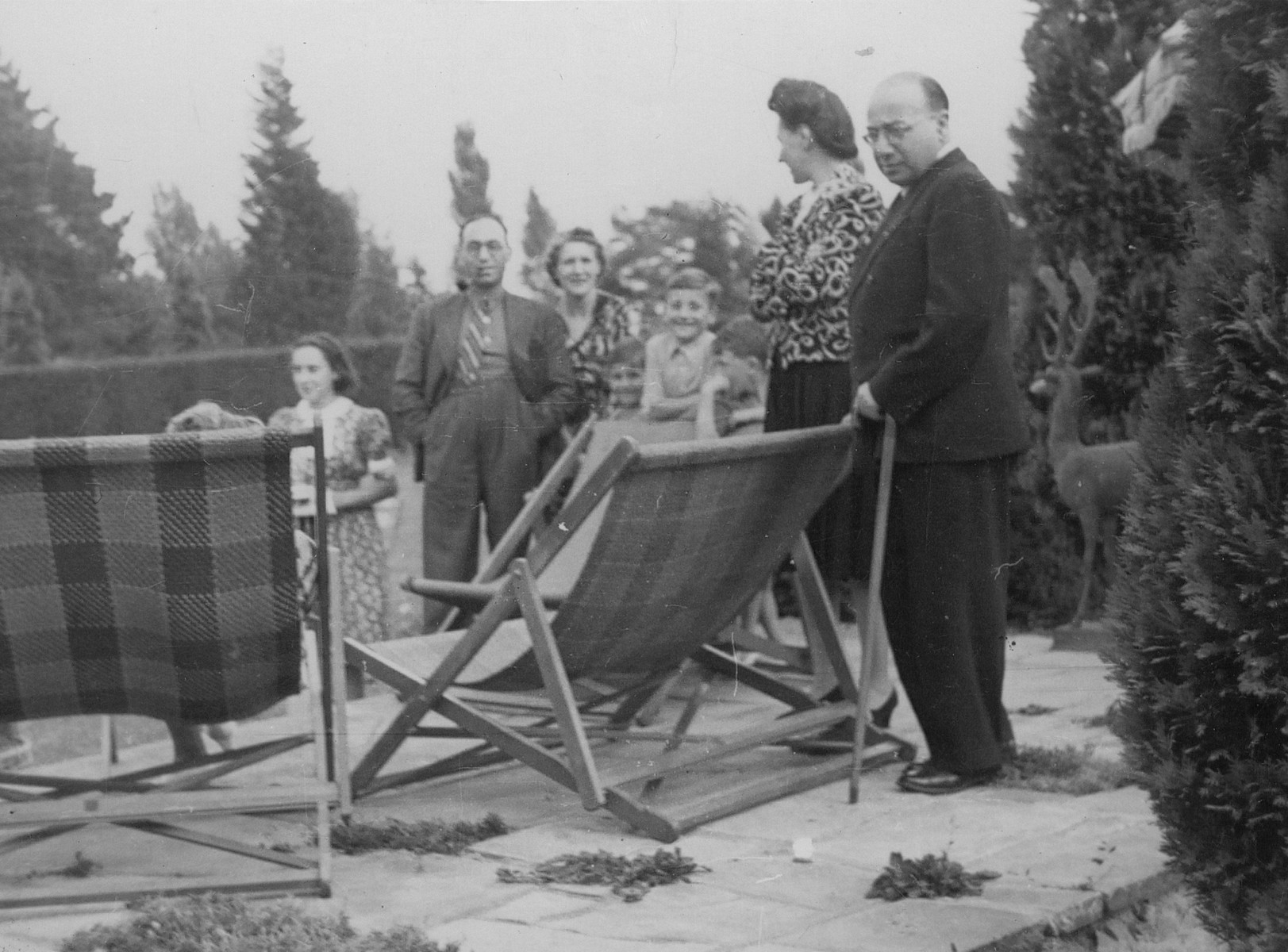 Arthur Szyk visits the Poznansky family at their home in Surrey, England.

Biography
Arthur Szyk (1894-1951) was a Jewish artist from Poland who was known not only for his manuscript illumination and miniature painting, but also for his wartime anti-fascist political cartoons and caricatures. Much of his artwork sought to redefine the image of the Jews, to call attention to their persecution, and to demand action for their support and rescue during the 1930s and 40s. Szyk was born in Lodz, where his father, Salomon, was a textile factory owner. Szyk's artistic talent was recognized by his teachers at the commercial trade school he attended, and in 1909, he was sent to Paris to study at the Academie Julian. There he acquired an appreciation of medieval Jewish manuscript illumination among other art forms and imbibed the popular fascination with the Orient. By 1913, after his return to Poland, Szyk had developed a keen interest in Jewish history and the new Zionist movement. At this time he began to make a name for himself as an artist and political cartoonist. In the spring of 1914, he traveled to Palestine with a group of Jewish artists and writers. He was forced to return to Europe, however, at the outbreak of World War I and was immediately conscripted into the Russian army. In 1916 Szyk married Julia Liekerman, and one year later their first child, George, was born. A second child, Alexandra, was born in Paris in 1922. At the end of the war, Szyk became artistic director of the department of propaganda for the Polish army in Lodz, and during the Polish-Soviet war, he served as an officer in the Polish army. In 1921, Szyk and his family moved to Paris, where four years later he published his illuminated Le Livre d'Esther (Book of Esther). During his second sojourn in Paris, from 1921-1937, Szyk became close friends with Vladimir Jabotinsky, the charismatic leader of the Revisionist Zionist movement, with whom he shared a militant, heroic view of Jewish nationalism. While living in Paris, Szyk illustrated a collection of Jabotinsky's writings, as well as two Zionist novels. In 1926, after Marshal Jozef Pilsudski's successful coup d'etat in Poland, Szyk turned his attention to his native homeland and lent his support to the new regime by creating an illuminated manuscript of "The Statute of Kalisz," a medieval law of 1264 that guaranteed Jews particular rights in the domain of Duke Boleslaw the Pious of Kalisz. The artist dedicated the work to Pilsudski, whose government awarded him the Gold Cross of Merit. In 1934 Szyk returned to Poland to continue work on his illuminated Haggadah, which he had begun in the mid-1920s. He infused his illuminations with allusions to events taking place in the Third Reich, as well as with Zionist symbolism. In 1937 Szyk settled in London, where he supervised the printing of the Haggadah. The finished work was dedicated to King George VI and went on display in London in 1939. Following the German invasion of Poland, Szyk devoted his artistic talent to the creation of anti-fascist propaganda in the form of satirical drawings, cartoons and caricatures that were displayed in exhibitions and published in magazines and newspapers in Britain, Canada and the U.S. In 1940 Szyk and his family moved to New York. Within a year of arriving in the U.S., Szyk began to win notice for his cartoons and satires, and in June 1941, a volume of his works was published under the title "The New Order." The book accompanied a nationwide tour of his artwork. In the aftermath of Pearl Harbor, Szyk was propelled into the front ranks of American artists and writers who mobilized their talents for the war effort, and his cartoons began to appear regularly in a wide range of popular publications. In the years after the death of Jabotinsky in 1940, Szyk used his artistic skill to promote the agenda of Revisionist Zionism: the creation of a Jewish army to fight Hitler, the opening up of Palestine to Jewish immigration and the desperate need to rescue European Jewry. In September 1942 Szyk's 70-year-old mother was deported from the Lodz ghetto to her death in Chelmno; his brother Bernard perished the following March. After the war, while continuing his work on behalf of a Jewish state in Palestine, Szyk returned to the art of illumination and book illustration. In 1948 he illustrated the Israeli Declaration of Independence. He died of a heart attack in 1951 at the age of 57.