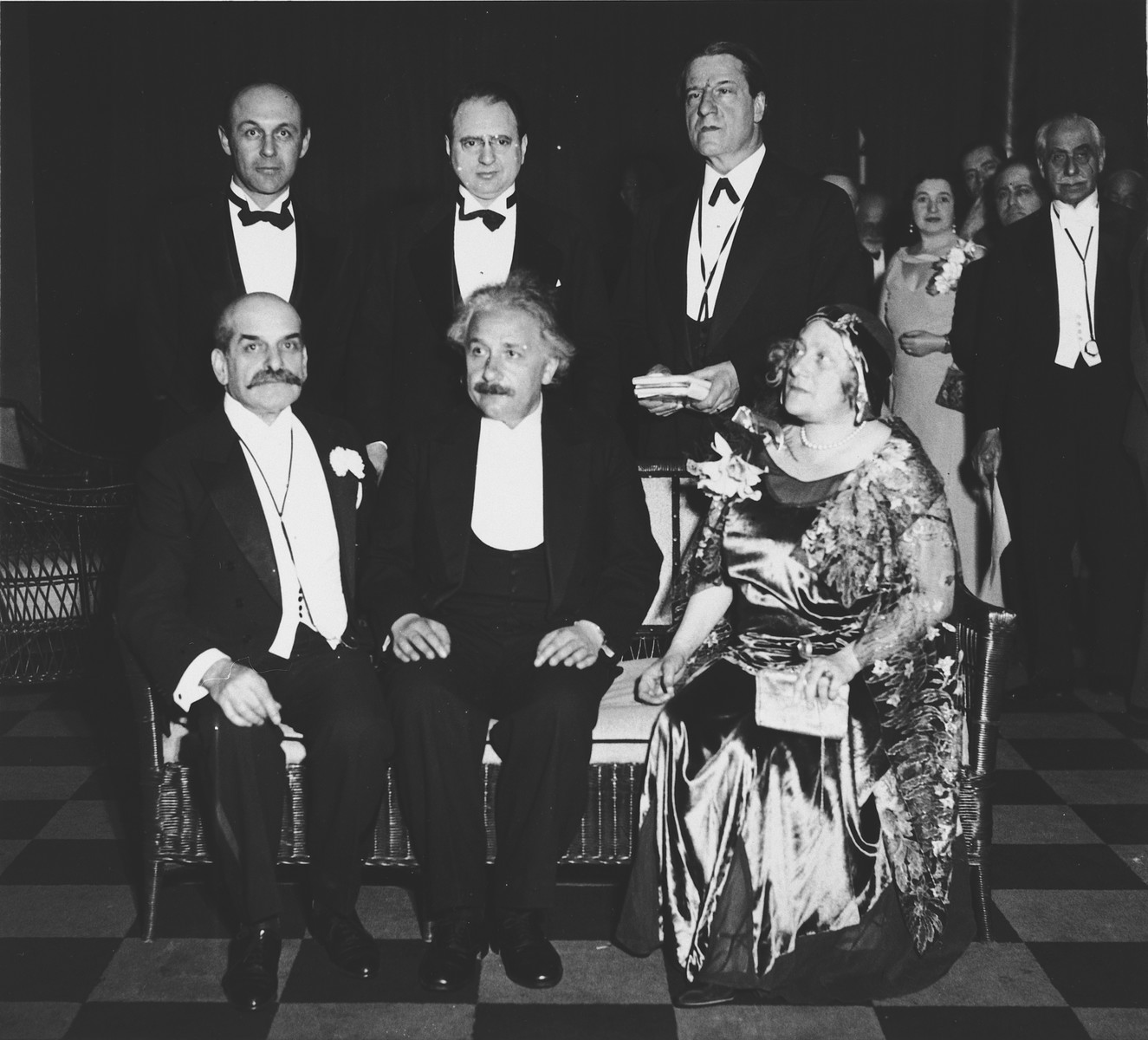 Rabbi Stephen Samuel Wise (1874-1949), American reform rabbi and Jewish political leader. Born in Budapest on March 17, 1874, Wise was the son and grandson of religiously orthodox but politically liberal rabbis. When he was 17 months old, his family immigrated to the United States and settled in New York City. From childhood Wise intended to become a rabbi, which he did in 1893 after completing his undergraduate education at Columbia University. In 1902 he went on to complete a doctorate, also at Columbia. After serving as a rabbi in Portland, Oregon for six years, Wise returned to New York in 1907 to found the Free Synagogue, a congregation he headed until his death. Ardently committed to the establishment of a Jewish state in Palestine, Wise helped to found the first American Zionist organizations in the final years of the nineteenth century. In 1898 he met Theodor Herzl at the Second Zionist Congress in Basle and agreed to serve as American secretary of the world Zionist movement. A decade later with Louis Brandeis and Felix Frankfurther, Wise helped to convince President Woodrow Wilson to support the British Balfour Declaration of 1917. He also spoke on behalf of Zionist aspirations at the Paris Peace conference (1919-1920). Wise served as vice president of the Zionist Organization of America (1918-1920) and later as president (1936-1938). He also played a leading role in the establishment of the American Jewish Congress (1920) and served as its vice president and president for many years. Wise was equally committed to a host of liberal political and social causes. He co-founded the NAACP (1909) and the ACLU (1920), in addition to crusading for child labor laws and labor's right to organize and strike. Wise was an early and passionate opponent of Nazism and was a featured speaker at numerous mass rallies in New York beginning in the spring of 1933. He also worked hard to rally support for an international boycott of German goods. In an attempt to create a worldwide organization to defend Jews against the ravages of Nazism and anti-Semitism, Wise helped to found the World Jewish Congress (1936), an organization he headed until the end of his life. On August 28, 1942 Wise was the recipient of the Riegner cable, a telegram sent by the representative of the World Jewish Congress in Geneva confirming the existence of the Final Solution, the Nazi program to concentrate, deport and exterminate the Jews of Europe. Directed by Undersecretary of State Sumner Welles not to publish the message until the State Department could confirm its accuracy, Wise did not make a public announcement until November 24, 1942. The following month Wise, together with a delegation of American rabbis, met with Roosevelt to urge him to action. At this time it became increasingly difficult for Wise to maintain political unity within the American Jewish community. Factions under the leadership of fellow reform rabbi Abba Hillel Silver and the revisionist Zionist Peter Bergson group, became impatient with Wise's reluctance to confront the Roosevelt administration publicly and undertook their own programs to bring pressure on the American government. By 1944 Wise had become deeply disillusioned. Though the end of the war and the subsequent founding of the State of Israel were a source of great relief and gratification, the realization of the extent of the losses suffered by European Jewry during the war filled him with despair during his last years. Rabbi Stephen Wise died in New York in 1949.

Albert Einstein (1879-1955), German physicist and Nobel laureate who developed the Theory of Relativity (1905). A professor at the Prussian Academy of Sciences in Berlin, he demonstratively resigned his post after the Nazi takeover in 1933. He emigrated to the United States accepting a professorship at the Institute for Advanced Studies in Princeton, New Jersey. In 1941, after information reached the American scientific community that Nazi Germany had undertaken a uranium project, Einstein agreed to sign a letter to Franklin Roosevelt pointing out the feasibility of atomic energy. It was this letter that sparked the Manhattan Project and the developments of the atomic bomb. Einstein, however, was strongly opposed to the use of atomic weapons and became active in efforts to outlaw their manufacture in the 1940s and 1950s.