A group of girls of varying ages poses together outside the Le Coudray children's home. 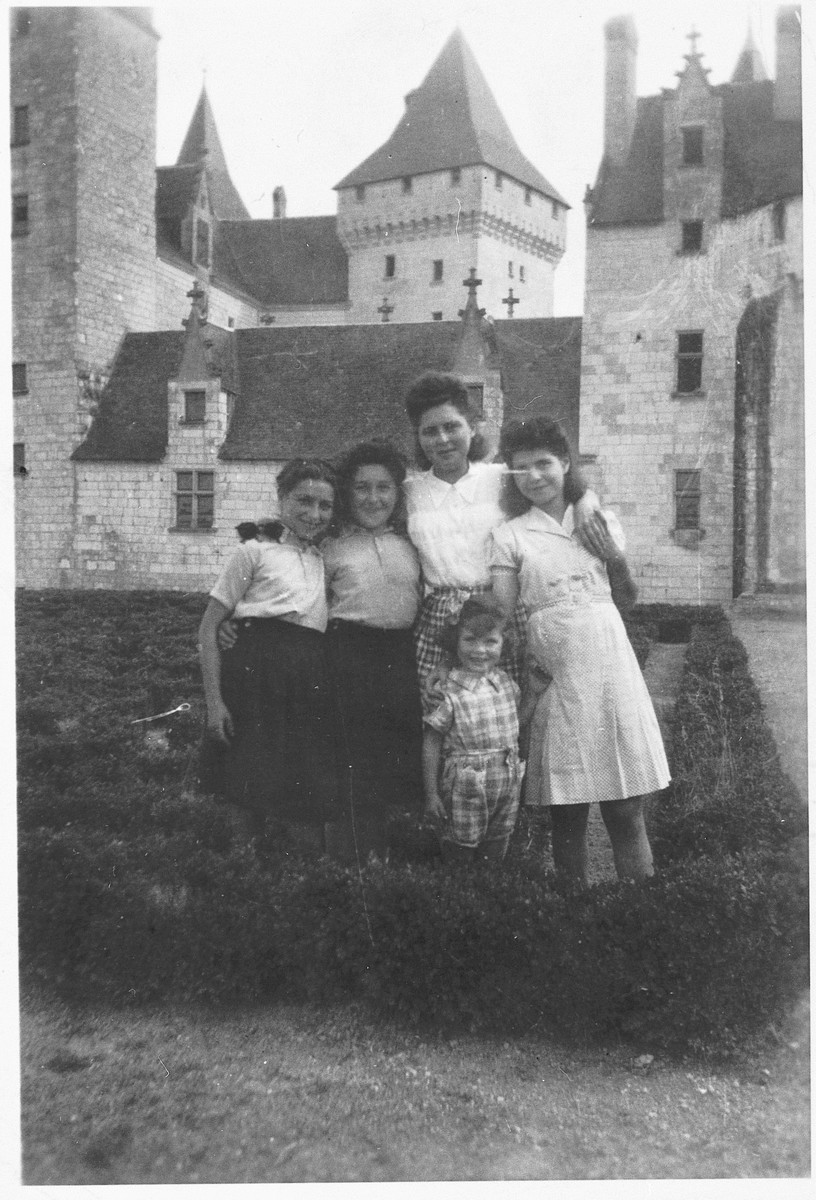 A group of girls of varying ages poses together outside the Le Coudray children's home.

Among those pictured is Raymonde Abrams.

Biography
Raymonde Abrams (born Raymonde Geller) is the daughter of Abraham (Adolphe) Geller and Elka (Helene) Finkelstein Geller. She was born on August 12, 1930 in Paris, France where her father was a tailor and her mother was a seamstress. In November 1943 both of her parents were killed in Auschwitz. Raymonde hid in several locations through the assistance of OSE including Beaulieu-Sur-Mer, Chateau de Chabannes, Chateau de Masgelier. Les Basses Fontaines and Le Coudray. She was liberated at the age of 15 and returned to Paris where she lived in the Sevres children's home. In 1948 Raymonde immigrated to the United States en board the SS Sobieski, and she married Alvin Abrams in 1954.