Peter Salz rides a bicycle after fleeing to Switzerland from France. 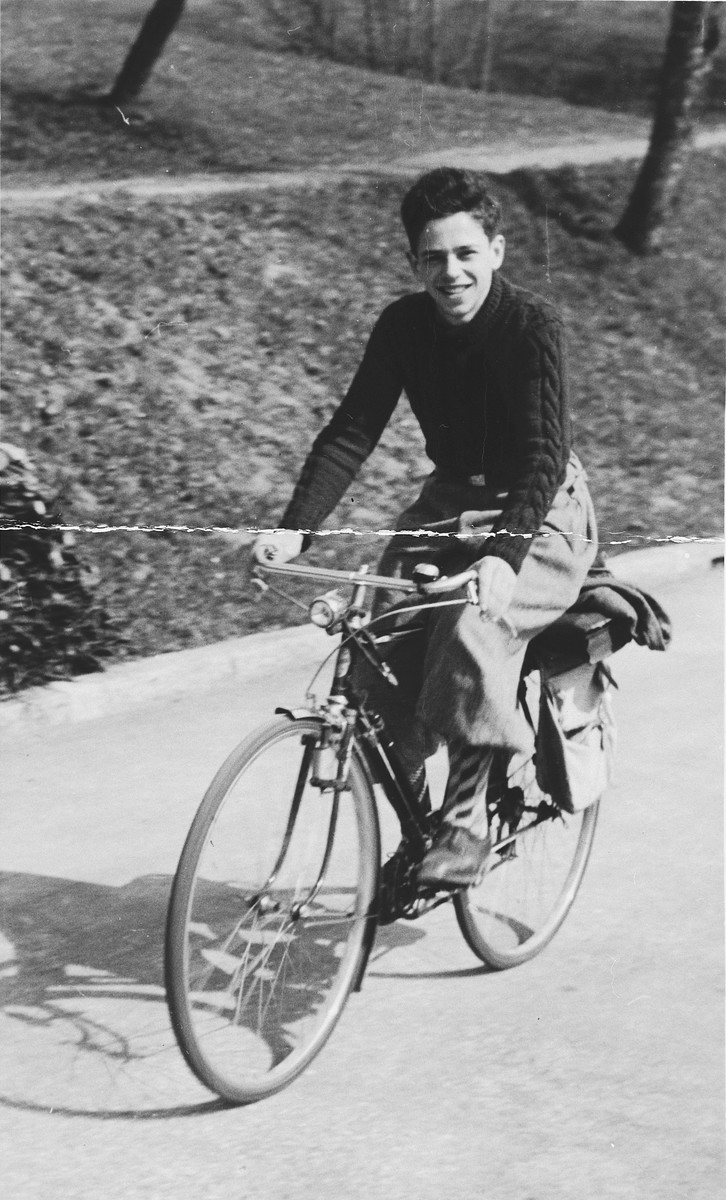 Peter Salz rides a bicycle after fleeing to Switzerland from France.

https://encyclopedia.ushmm.org/content/en/article/belgium.
Biography
Peter Salz was born in about 1930, to Erne and Walter Salz. The Salz family lived in Wannsee, outside of Berlin during WWII. According to family documents, Peter's parents and 3 sisters were deported to Poland by the Nazis, where they were gassed. Peter was able to cross the Alps in Switzerland and emigrated to Israel, where he lived on a kibbutz.