Girls sit on the grounds of La Hille and sew. 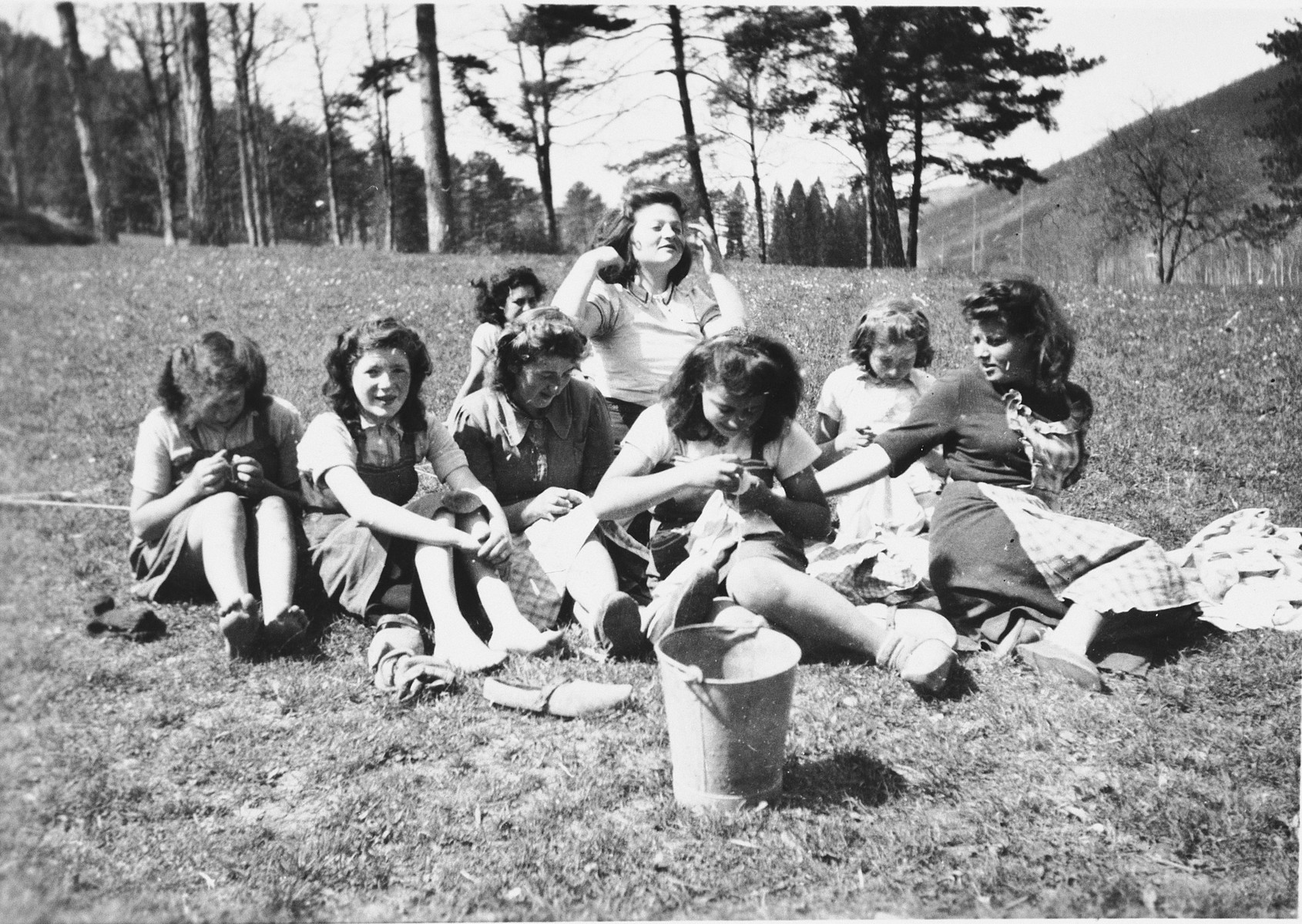 Girls sit on the grounds of La Hille and sew.

https://encyclopedia.ushmm.org/content/en/article/belgium.
Biography
Sebastian Steiger was born on October 14, 1918 in Oltingen Switzerland where his father was a pastor. He had four brothers and sisters. After graduating high school, he spent one semester at the University of Zurich where he studied to become a teacher. He heard of plight of refugee children in France and decided to volunteer for the Secours Suisse aux Enfants, a branch of the Swiss Red Cross in occupied France. He wrote to August Bohny at Le Chambon-sur-Lignon who told him to contact the Red Cross offices in Berne. After receiving the proper visas, Sebastian left Switzerland on August 21, 1943. He was sent to the Chateau de la Hille, a home in an isolated area near the Pyrenees. He spent the next year working at the home as a counselor and teacher. After the war, he returned to Switzerland, completed his studies at University of Zurich, and became a teacher. Sebastian continued to work for organizations committed to Christian-Jewish relations, and in 1993 he was recognized as Righteous Among the Nations.