Group portrait of soldiers in the Jewish Brigade who had formerly been interned in Mauritius. 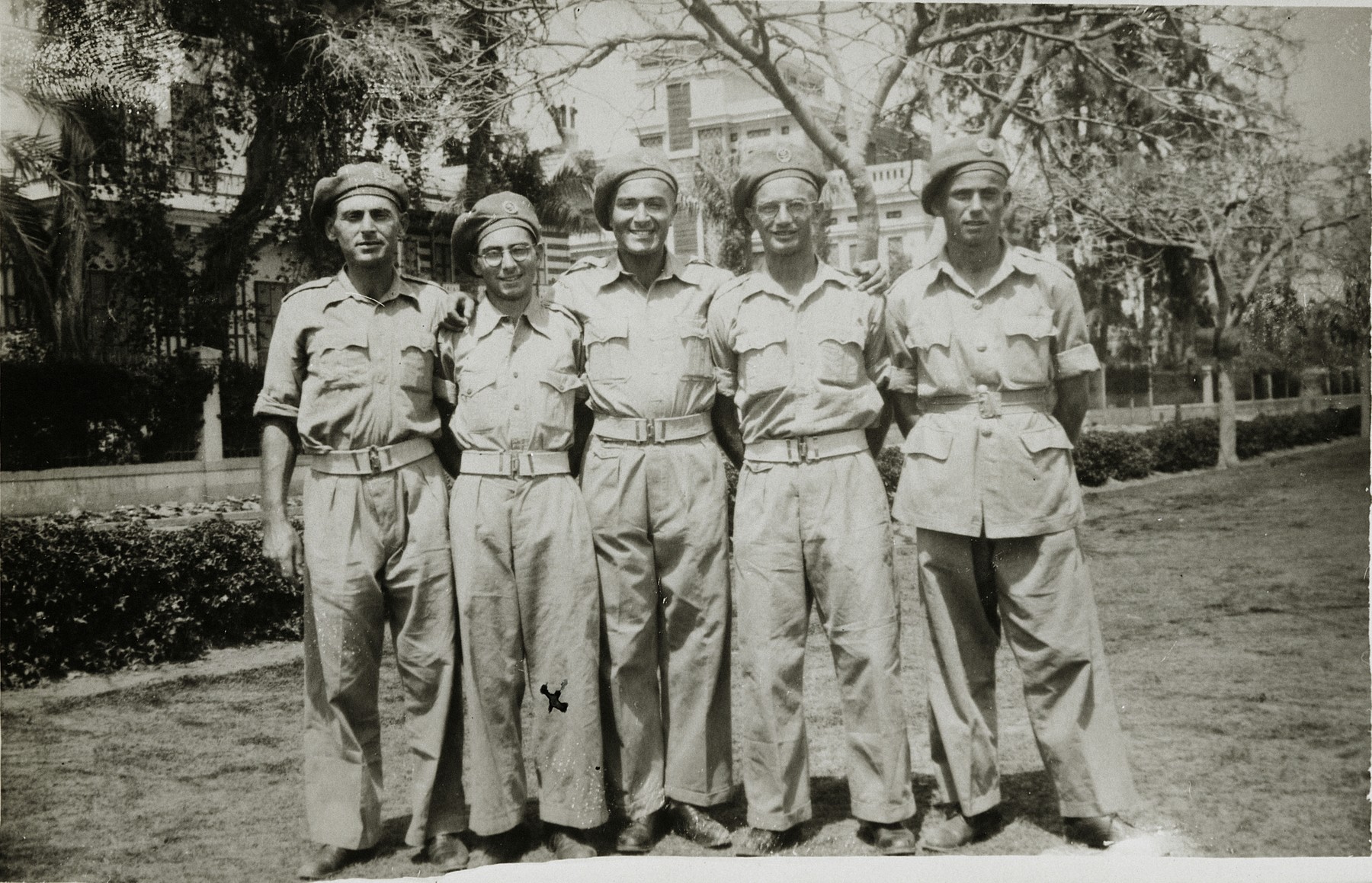 Group portrait of soldiers in the Jewish Brigade who had formerly been interned in Mauritius.

Heinrich Wellisch is second from the left.