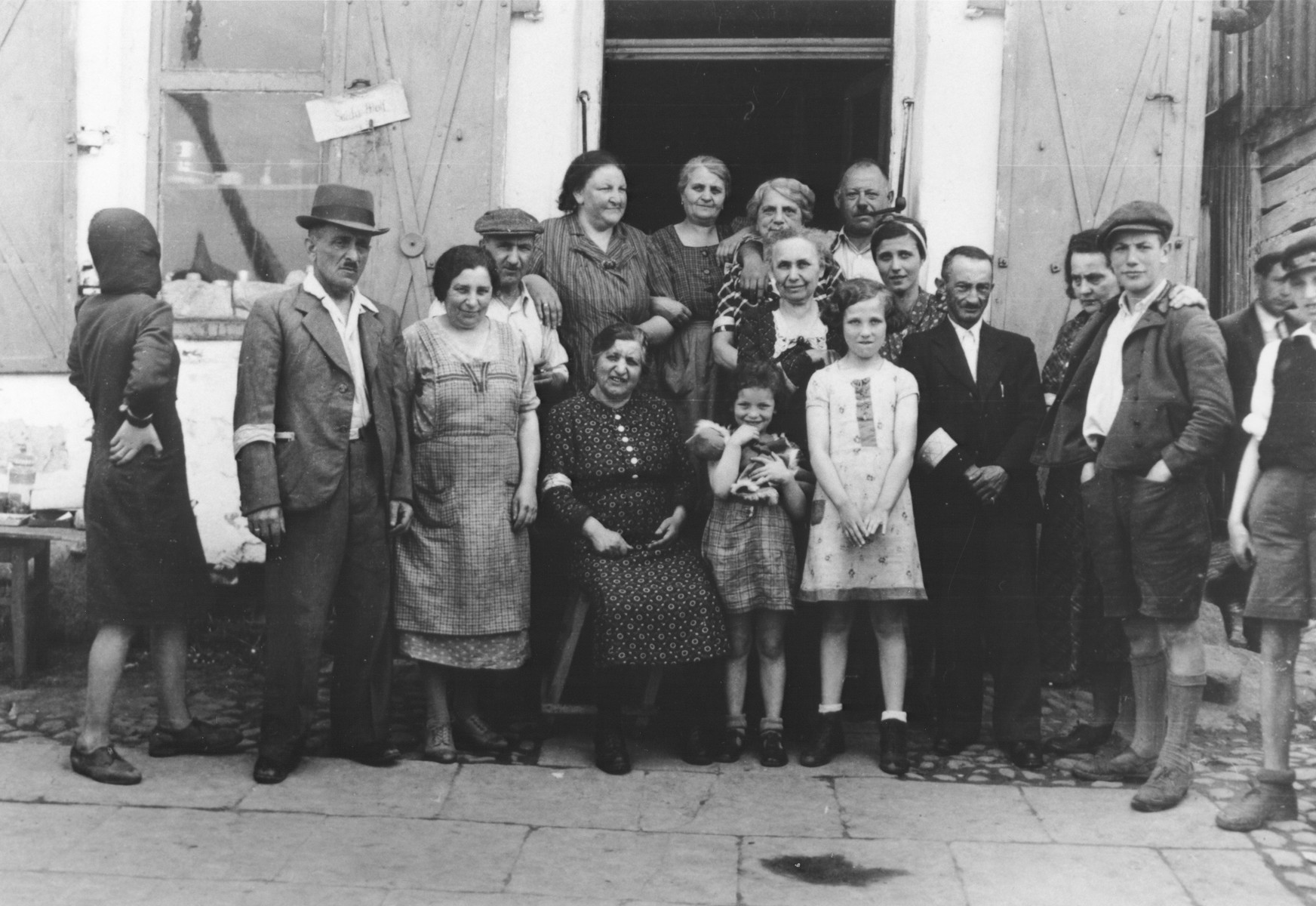 Among those pictured is Wilhelm Schischa (front row wearing an armband, beside the girl in the light dress) and Johanna Schischa (center, behind the two girls in the front row).