Three girls go for a walk through the woods near Chateau de la Hille. 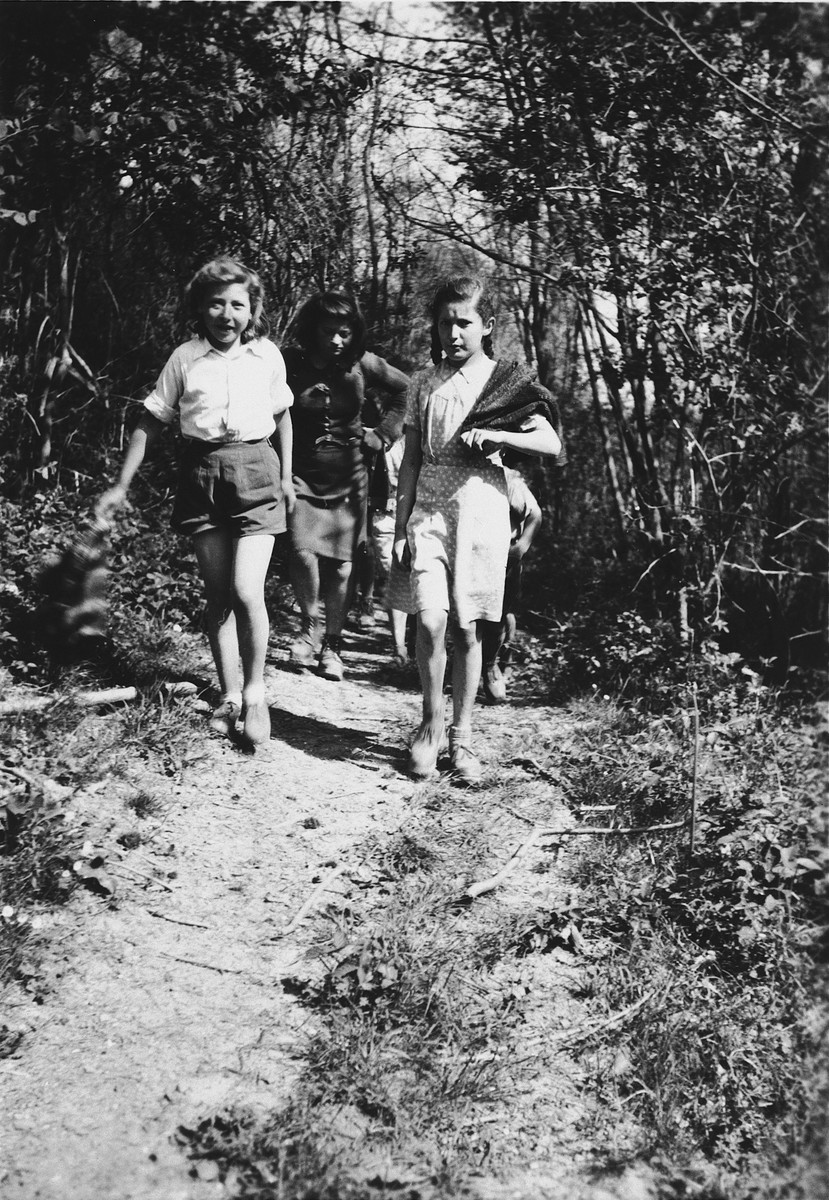 Three girls go for a walk through the woods near Chateau de la Hille.

Edith Jankeliewicz (now Esther Hocherman) is on the left. Martha Storosum is in the center.