Prewar portrait of a Jewish family. 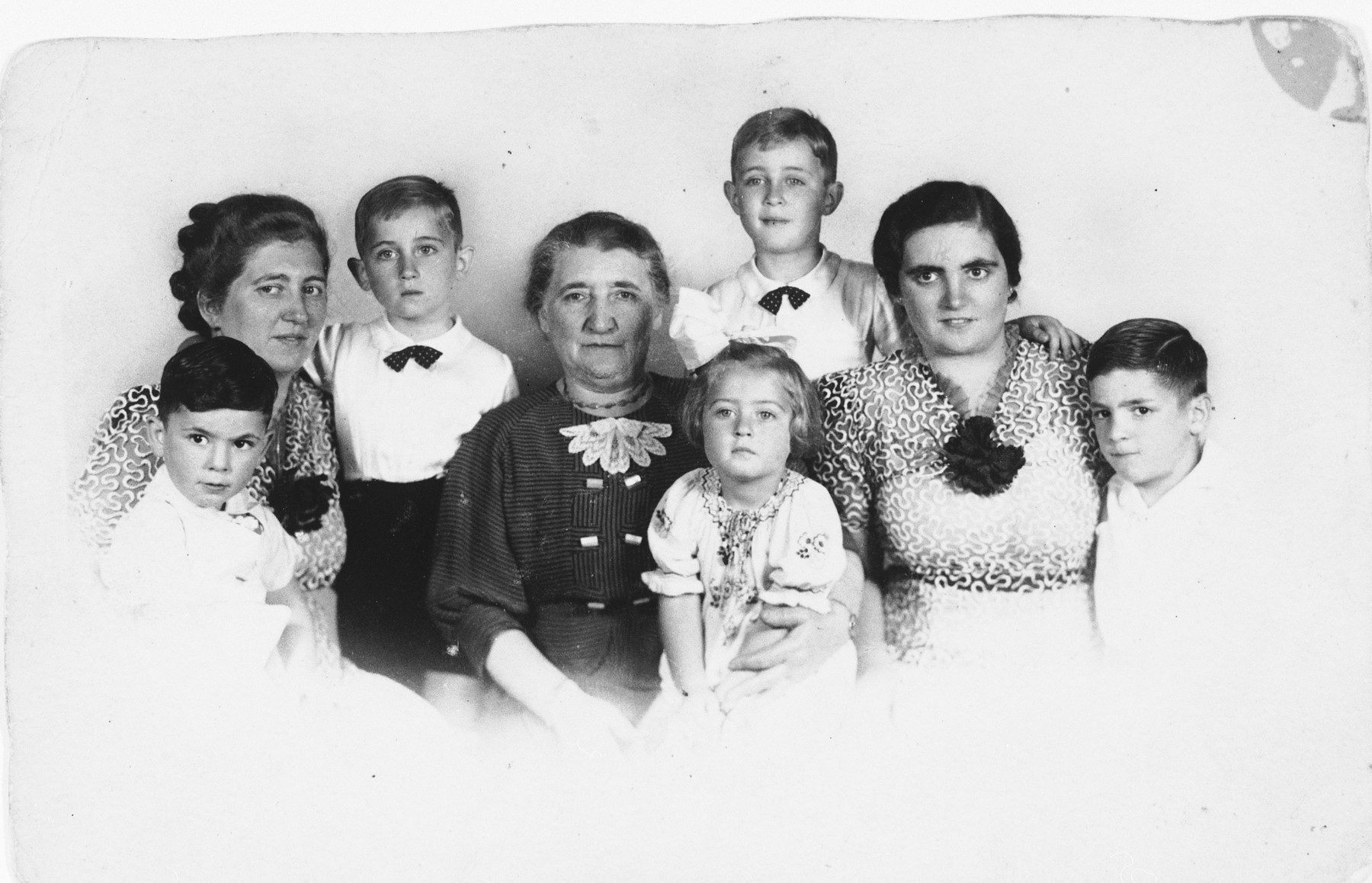 Prewar portrait of a Jewish family.

Pictured in the center is Sophia (nee Wolff) de Jong. Her daughtersJudith ("Juul") (nee de Jong) Vos and Louise ("Wies") (nee de Jong) Israels are pictured on the left and right, respectively. Judith's children are Hans and Louk (pictured in standing in the back, left and right respectively), and Phia (on her grandmother Sophia's lap). Louise's children are Loekie (front, far left) and Nico (front, far right).

Biography
Phia Vos grew up in Zwolle, the Netherlands. Her mother's name was Judith, and she had two brothers, Hans and Louk. During the war she was hidden in Heemstede first by the Cuypsers family, a Roman Catholic family who had six children of their own and also by Riek Berbers, the mother of Dr. Terruwe.

Her grandparents, Louis and Sophia de Jong, were killed in Auschwitz in 1944.