A group of young female employees pose at their sewing tables in the Palais de l'Habillement clothing company in Luxembourg. 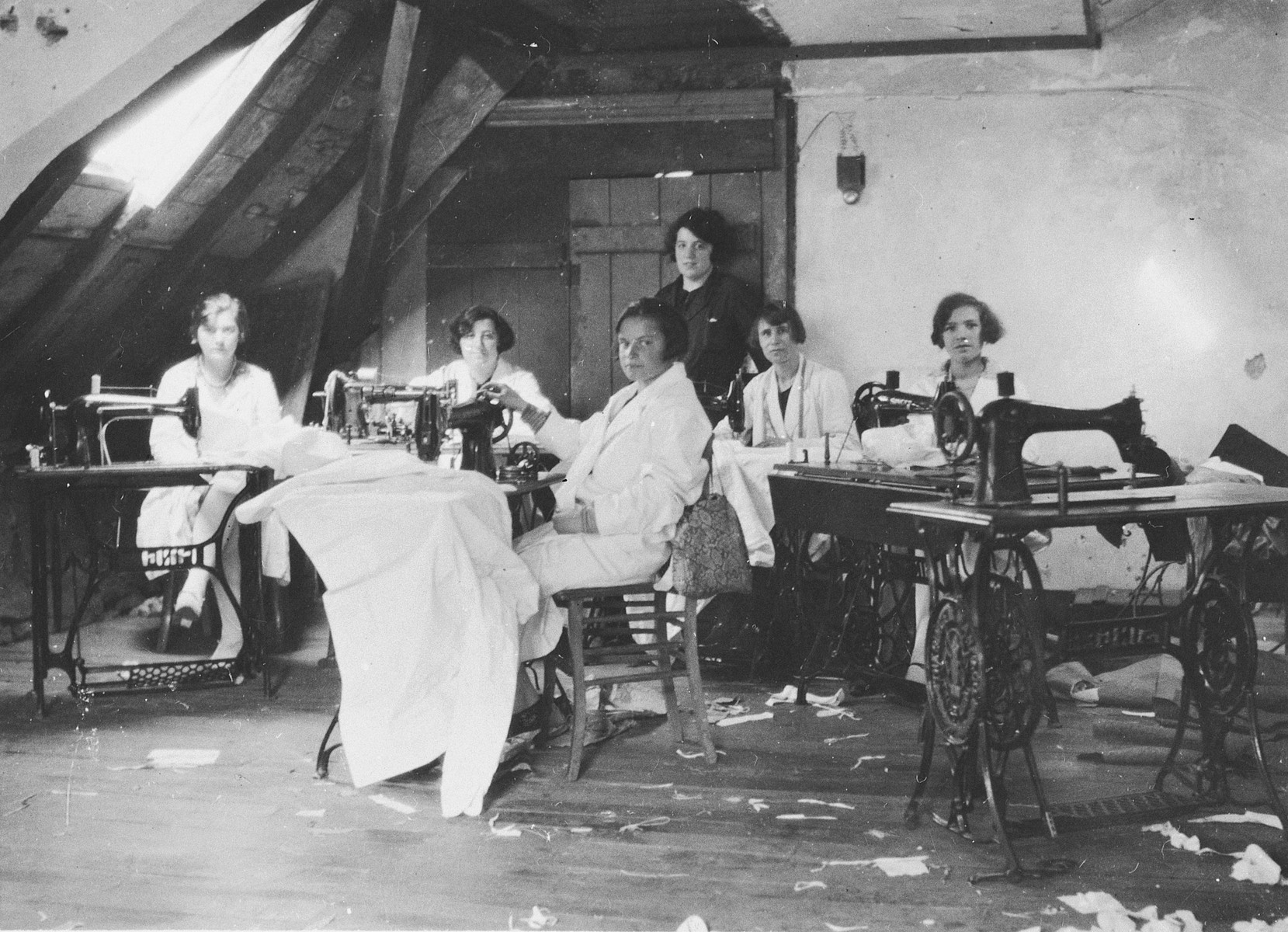 A group of young female employees pose at their sewing tables in the Palais de l'Habillement clothing company in Luxembourg.

Among those pictured are Marquerite Nussbaum (standing at the back) and her sister Madeline (probably seated, second from the left).