Students in a leatherworking class pose outside on the steps of the Chabannes children's home. 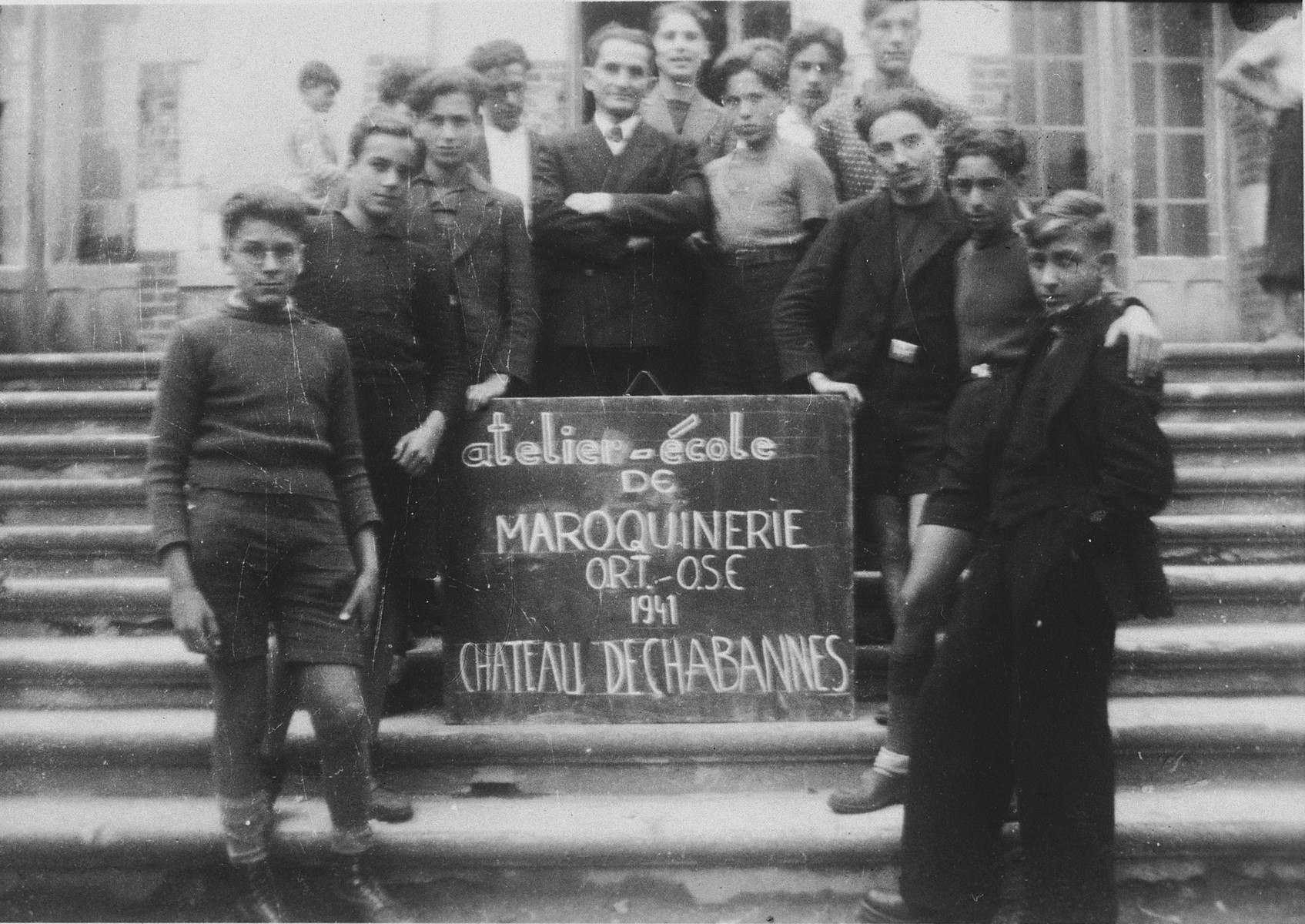 Students in a leatherworking class pose outside on the steps of the Chabannes children's home.

The instructor, Mr. Kenig, is pictured in the center, behind the sign.