Group portrait of Jewish refugee families from Yugoslavia who have fled to Tirana, Albania. 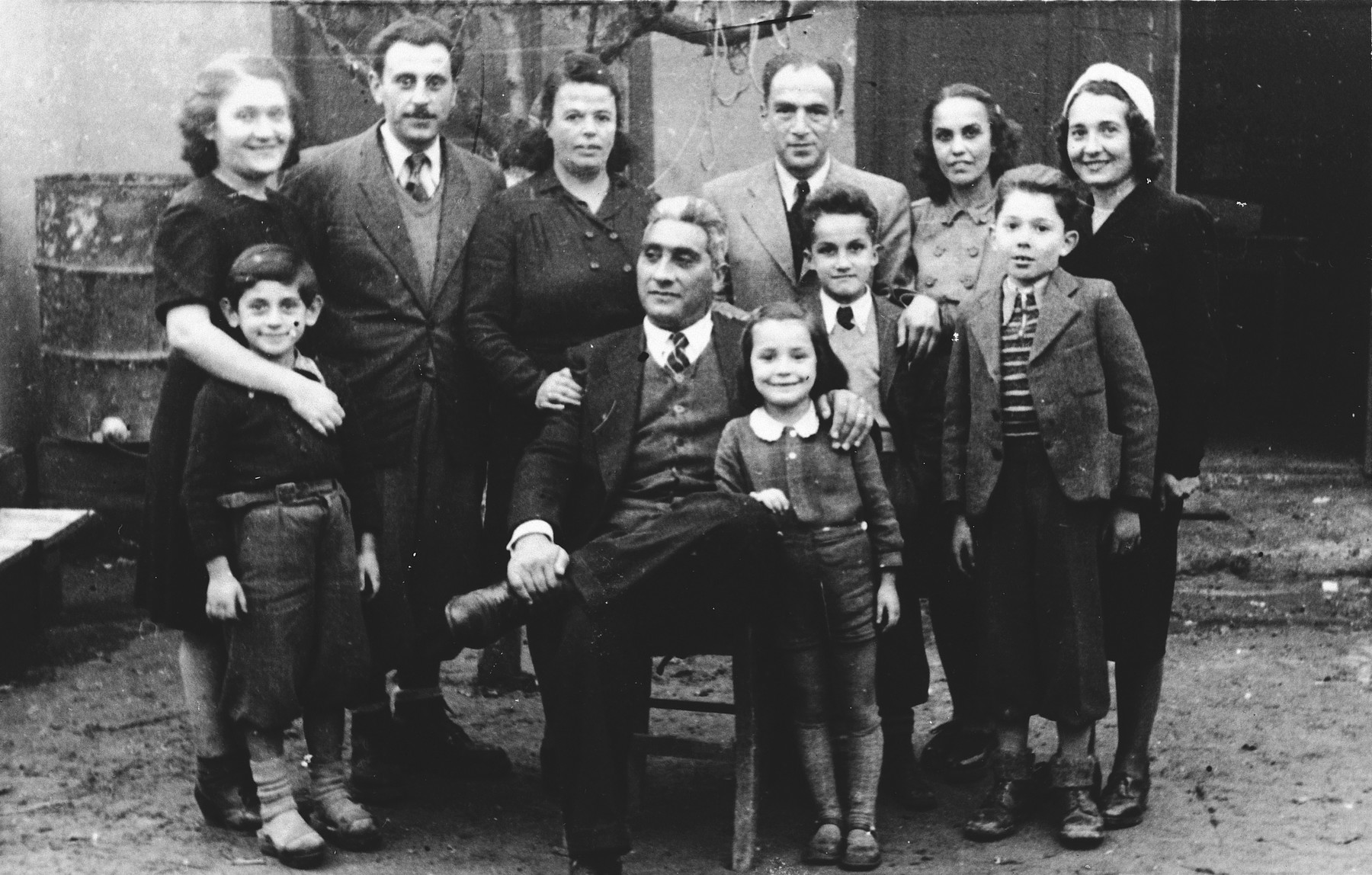 Group portrait of Jewish refugee families from Yugoslavia who have fled to Tirana, Albania.

Among those pictured are Majer and Mimi Altarac (top row, fourth and fifth from the left) and their son, Jasa (in front of Majer), and Mosa and Gabriela Mandil (top row, first and second on the left), their son, Gavra (in front of Gabriela), and daughter Irena (front row, center).