Group portrait of students at an elementary school in Kavaja, Albania. 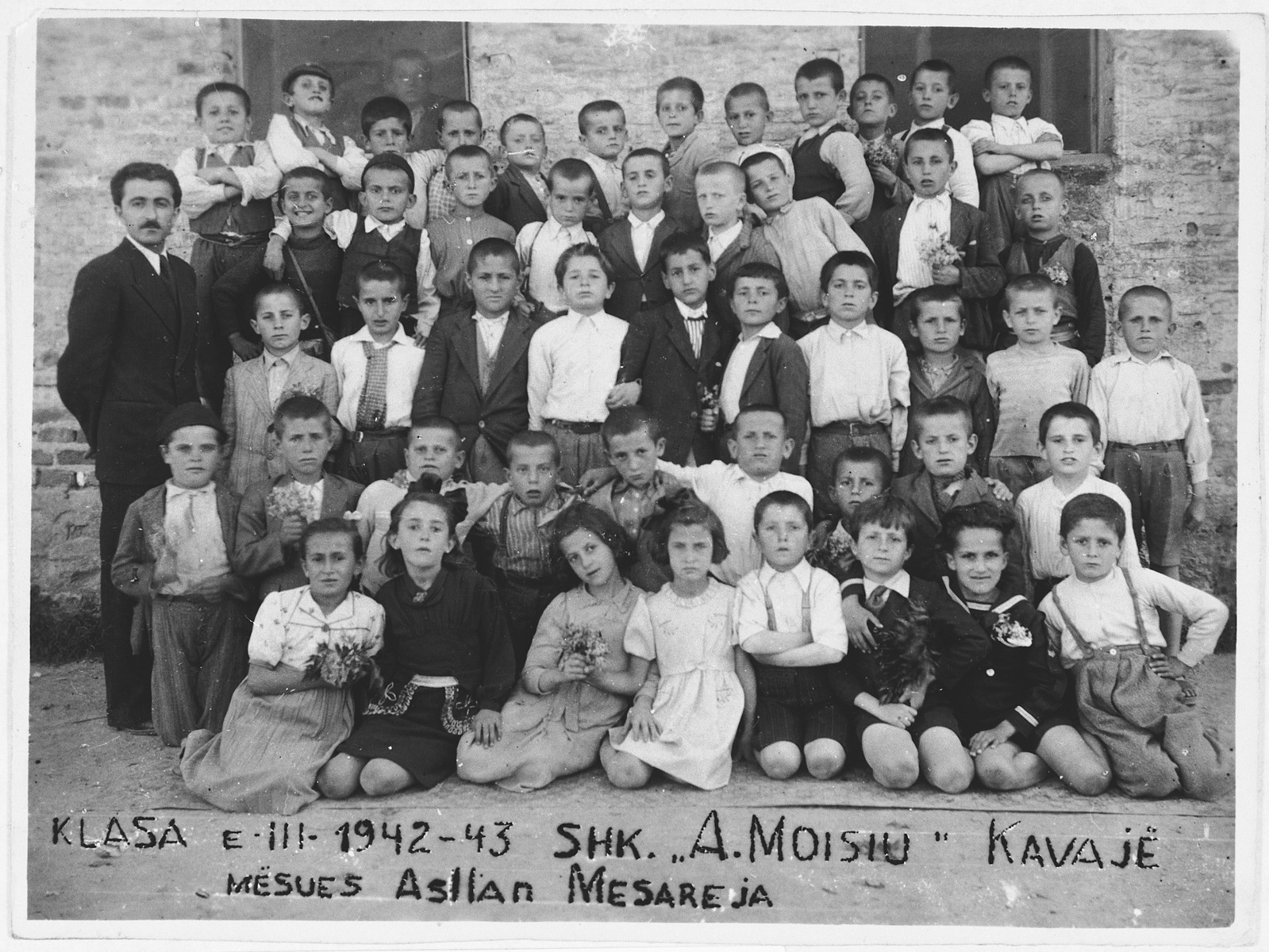 Group portrait of students at an elementary school in Kavaja, Albania.

Among the students are several Jewish refugee children from Yugoslavia. Jasa Altarac is pictured in the front row, second from the right.