Studio portrait of the extended Greenspan family in Debica, Poland. 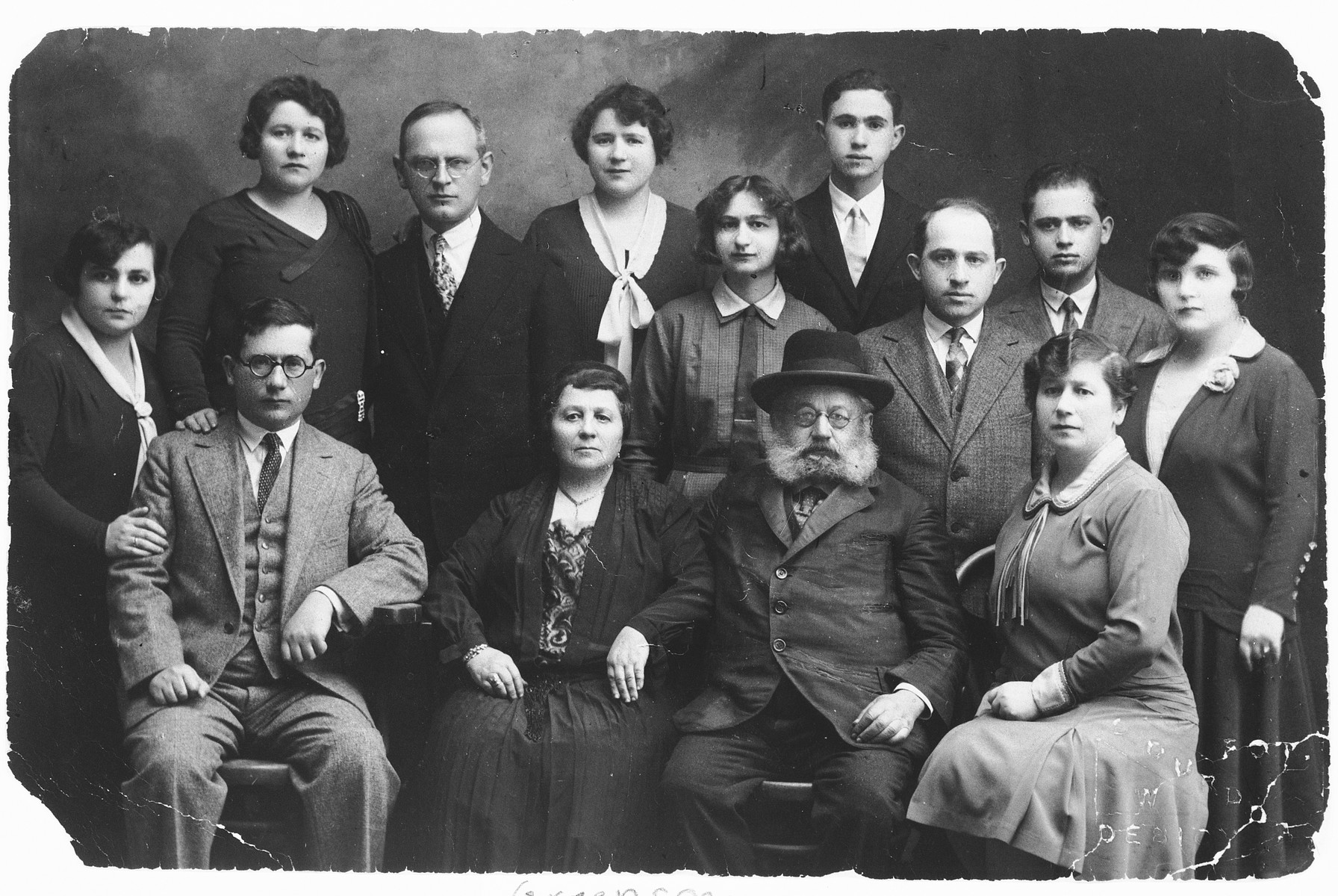 Studio portrait of the extended Greenspan family in Debica, Poland.

Biography
Frieda Greenspan (born Frieda Fisz) is the daughter of Salomon and Sadie (Heffner) Fisz. She was born July 20, 1917 in Debica, Poland, where her father was a businessman. Her mother passed away before the war, and her father perished in the Holocaust. Frieda had six siblings: Helena, Elias, Henryk, Rochel, Regina and Julius. On December 24, 1938, Frieda married David Greenspan in Tarnow. David was raised in Rzeszow, and he and Frieda moved there after their marriage. When the war broke out, David heeded the call for men of military age to flee to the east to join the Polish army. He left with his two brothers and stayed with a cousin on the Russian side. Frieda stayed with David's sisters in Rzeszow. In December 1941, Frieda and her in-laws were forced into the ghetto. They were later joined by Frieda's sisters from Debica. In the fall of 1943 when the Rzeszow ghetto was liquidated, Frieda was deported to a labor camp by in Huta Komarowska. Subsequently, she was sent to Plaszow, where she worked for a year repairing German uniforms in one of the factories run by Oskar Schindler. Two of Frieda's cousins, Nella and Genya Heffner, were already working in Schindler's Emalia factory in Krakow, and they helped get her on Schindler's list. While working in his factory, Frieda and the other women were able to rip out the insides of the uniforms and sell them on the black market for sugar and cigarettes. When Plaszow was liquidated in the fall of 1944, Frieda was deported to Auschwitz. Since Frieda was on Schindler's list, she could have been transferred to his new factory camp in Bruennlitz. However, she refused to be separated from her younger sister Rochel, and was unsuccessful in getting Rochel added to the list. As a result, she remained behind in Auschwitz and was put to work in a tannery. She retained the same clothes she wore in Plaszow, Instead of being issued a uniform, her clothes were marked with a stripe down the back. When Auschwitz was evacuated in January 1944, Frieda and Rochel were put on a death march. They managed to escape with two other women, and the group hid out for four months with an ethnic German until their liberation by the Soviet army on February 21, 1945. After the war ended, Frieda learned that her husband David had been evacuated to Sweden with the Folke Bernadotte mission. She joined him in Sweden and together they immigrated to the United States. Of Frieda's family, four of her siblings, Helena, Regina, Julius and Henryk perished. Rochel survived with her, and her brother Elias survived hidden in a bunker.