A Jewish family walks along a commercial street in Sarajevo. 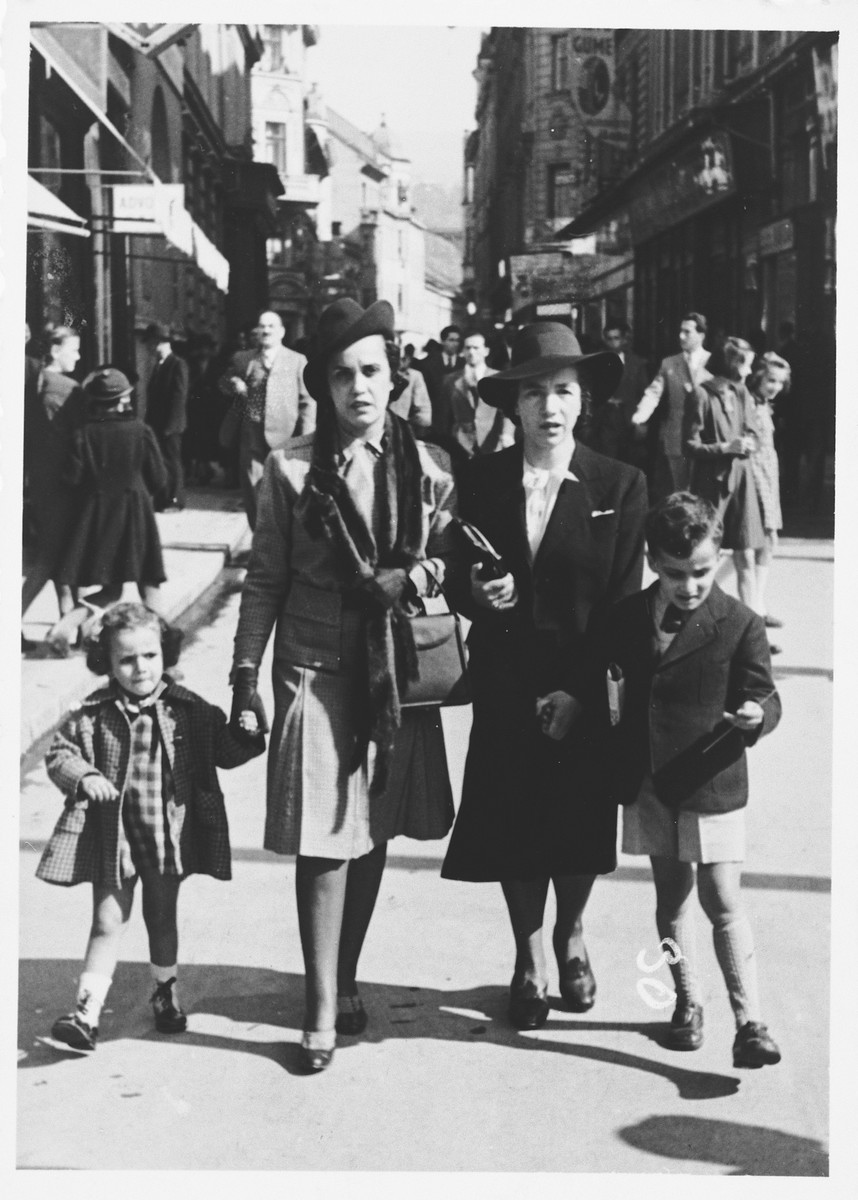 A Jewish family walks along a commercial street in Sarajevo.

Pictured is Mimi Altarac with her children, Jasa and Lela, and a female friend or relative.