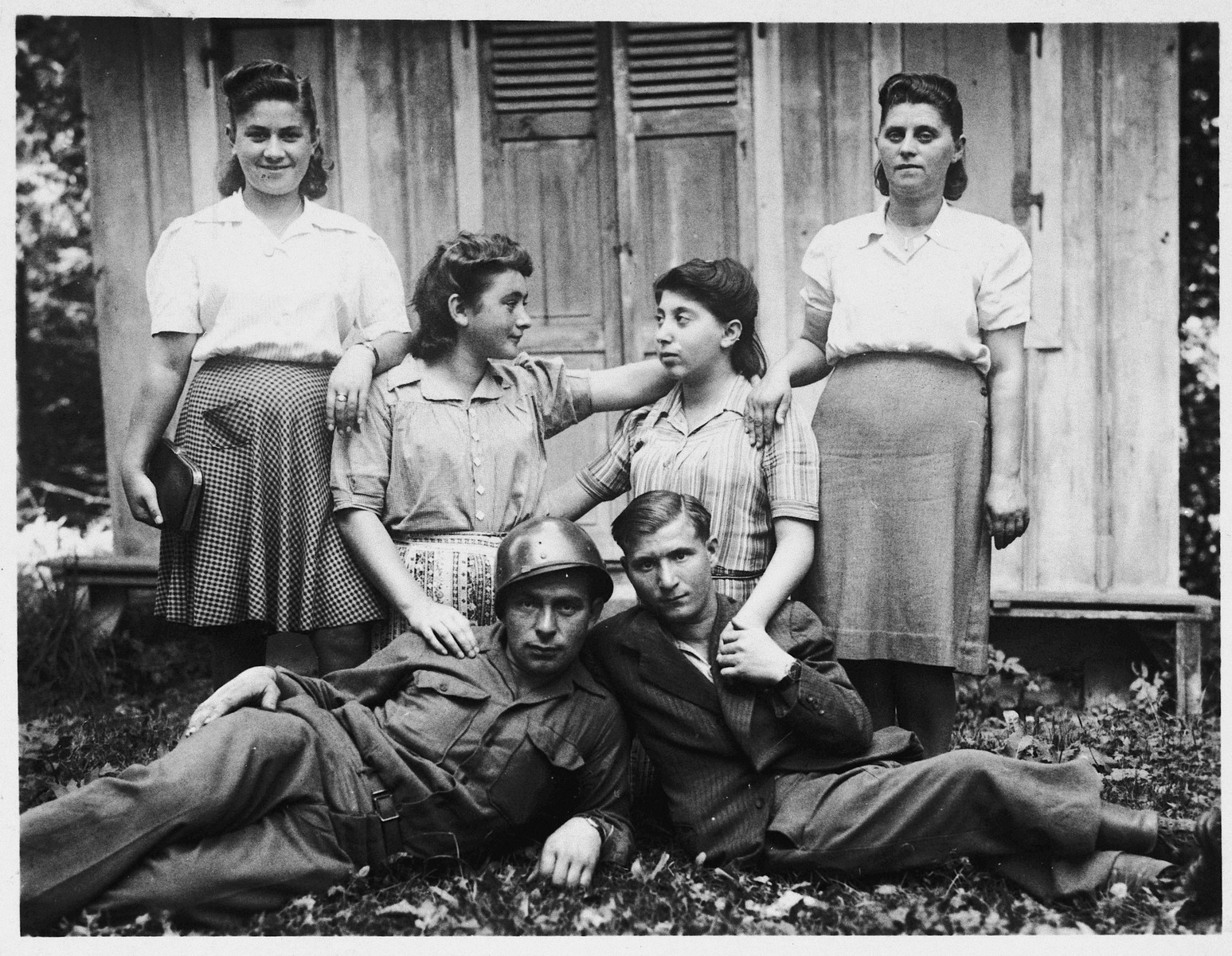 Among those pictured is Minia Wasilkowska (second from the right).

Biography
Minia Moszenberg (born Minia Wasilkowska) is the daughter of Pesa and Jonah Wasilkowski. She was born May 26, 1926 in Ozorkow, Poland, near Lodz, where her father had a jewelry and watch repair business. Minia had four siblings: Hanka (b. 1920), Eska (b. 1923), Cela (b. 1933) and Joseph (b. 1939). Soon after the start of World War II, on September 5, 1939, the Wasilkowski home was destroyed during a German bombing raid. Now homeless, the family had to move five times seeking shelter with various friends and relatives. Minia's oldest sister, Hanka, fled east to Bialystok. The family received their last communication from her in 1940, and Minia was never able to confirm her fate. Eska, who had become ill, was taken to a hospital in a neighboring town. There, she was shot and killed. Minia, along with her parents and younger siblings, was confined to the Ozorkow ghetto. In April 1942, the Germans rounded up most of the Jewish population of the ghetto and deported them to Chelmno, where they were gassed. Among those killed in this action were Minia's parents and her siblings, Cela and Joseph. In August 1942, Minia was sent to the Lodz ghetto with her aunt Ruzia and Ruzia's son, Monek. For the next two years Minia was taken care of by her aunt. In September 1944, during the final liquidation of the Lodz ghetto, Minia, Ruzia and Monek were deported to Auschwitz, where Ruzia and Monek were killed upon arrival. Minia remained in Auschwitz only ten days before she was transferred to Bergen Belsen. She stayed there until December 1944, when she was selected to go to Geislingen, a sub-camp of Natzweiler. In Geislingen she had to walk three miles to the munitions factory every day without shoes or a coat. When she asked the guard one day if she could have a pair of wooden clogs, he forced her to crawl on her belly and then beat her unconscious. In March 1945, as the Allies approached, the Germans evacuated the camp and Minia was transferred, with the rest of the prisoners, to Dachau. One month later, on April 28, 1945, she were liberated by U.S. troops. At the time of her liberation, Minia weighed only 75 pounds. She was taken first to the Landsberg DP camp and then to the Saint Ottilien hospital to recuperate. When she had regained her strength, she moved to the Feldafing DP camp, where she worked in the kitchen. There, she met Leon Moszenberg, and they were married in Feldafing on August 10, 1946. After the wedding they lived in Traunstein, where they remained until their immigration to the U.S. in May 1951.