Child survivors who went to England and were staying in the Montford hall youth hostel. 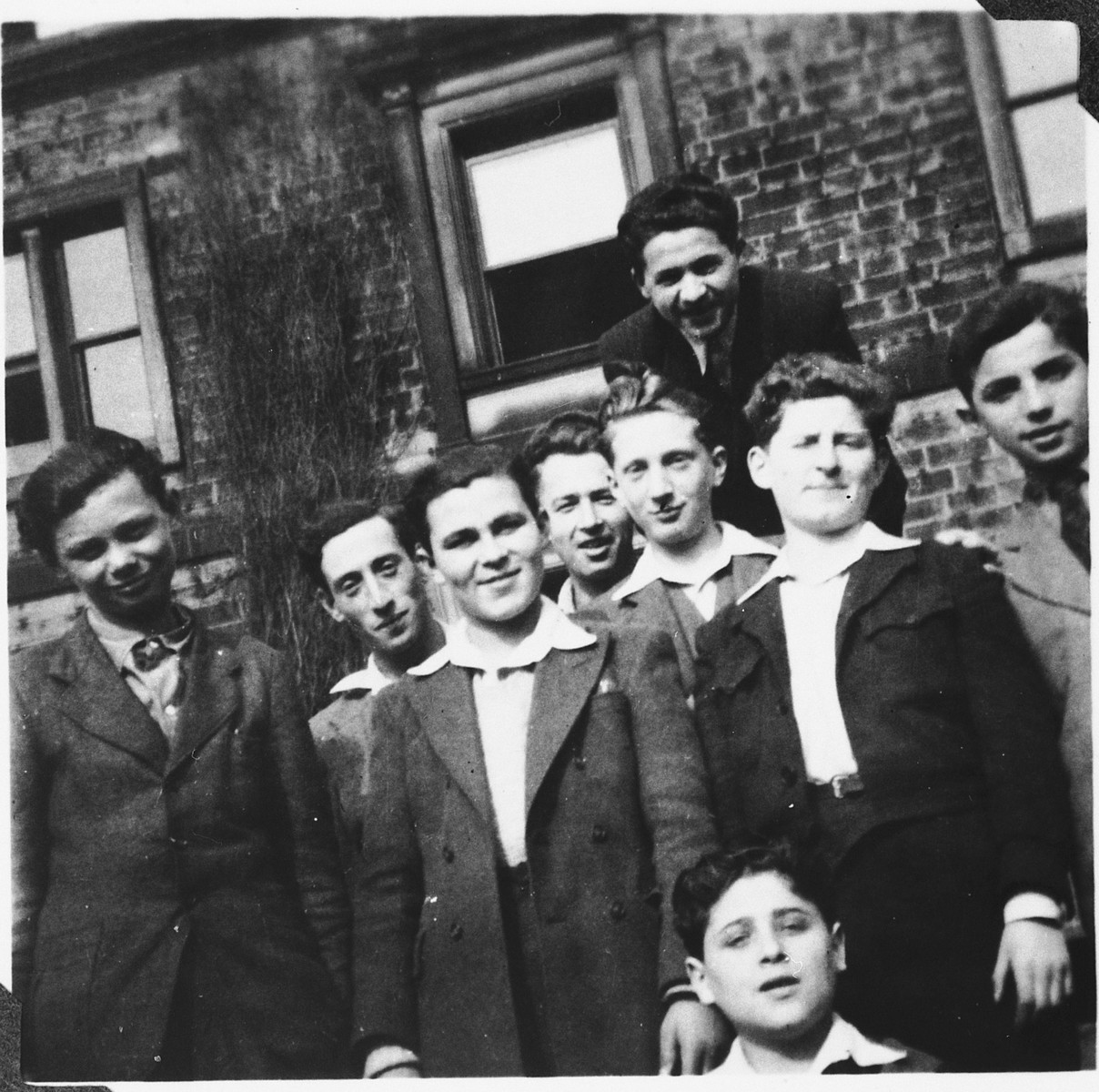 Child survivors who went to England and were staying in the Montford hall youth hostel.

Among those pictured is Frank Farkas, on the far right.

Biography
Erwin Buncel is the son of Ignacz (Itzhak) and Irene Buncel. He was born in 1931 in Presov, Czechoslovakia where his father was a civil servant with the Customs Department. He had four older siblings: Eugen (Moshe), Marta (Miriam), Alice (Rivka) and Julius (Jonah). His oldest brother Eugen left on Youth Aliya in 1939. Two years later, in 1941, his oldest sister Marta was rounded-up. Erwin's parents decided to try to save their remaining children by smuggling them over the Hungarian border. Alice left in May 1942 and eventually went to Palestine by way of Budapest, Romania, Turkey and Syria. Ignatz found a guide to take Julius and Erwin over the border in October 1942. After crossing the border near Kosice, the two brothers came to Nagyszolos, a small town outside of Chust, where they stayed with the Felberbaum family. The Felberbaums lived in a small apartment with their two daughters and earned their living by making hand-knit angora articles. Erwin received false papers under the name of Naftali Hoffman. Julius, who had felt confined in the Felberbaum's home, eventually left for Budapest where he survived the war in hiding. In 1943 Mr. Felberbaum was sent to the Ukraine. In spring 1944 Germany seized control of Hungary and shortly thereafter all the Jews were ghettoized. Erwin and the Felberbaums spent about a month and half in the Nagyszolos ghetto before being deported to Auschwitz. None of the Felberbaums survived the war. At the time of the German invasion Erwin was just beginning to study for his bar mitzvah. He spent his 13th birthday on the deportation train instead. After arriving in Auschwitz, Erwin noticed that children aged thirteen and younger were sent with the elderly to one side. Therefore, when the guard asked how old he was, he instinctively said sixteen and was told to go with the able-bodied men. In January 1945 when the Germans evacuated the camp, Erwin's best friend Sanyi Lenz grabbed him and made sure he was with those being evacuated. They were taken first by train and then on a death march to Mauthausen. At first, Erwin and Sanyi worked in the stone quarry. Then some Czech non-Jewish political prisoners noticed the two boys and intervened to get them transferred to the Czech section of the camp. There, the boys received lighter work peeling potatoes, and better food and living quarters. Mauthausen was liberated on May 5, 1945. After liberation Erwin returned to Presov only to discover that neither of his parents had survived. They had been in hiding in the countryside outside of Presov but were deported to Auschwitz in 1944. During the summer of 1945, Erwin joined a hachshara in Mickolc where he studied half a day and worked half a day in preparation for immigration to Palestine. The hachshara closed a few months later, and Erwin joined another one in Kosice where his uncle, Izidor Neugreschel, was a community leader. In February 1946 his uncle Izidor suggested that he join a children's transport leaving from Prague. Erwin flew to England on March 3 as part of a group of 25 child survivors. He first stayed for three months in Montford Hall near Manchester, where he learned English. The school closed in May 1946, and Erwin moved to Bedford and then to Bunce Court in Kent where he spent the next two years. Erwin later went to University College in London, married and eventually became a professor of chemistry.