Group portrait of religious Jews at a gathering in Jaroslaw, Poland, 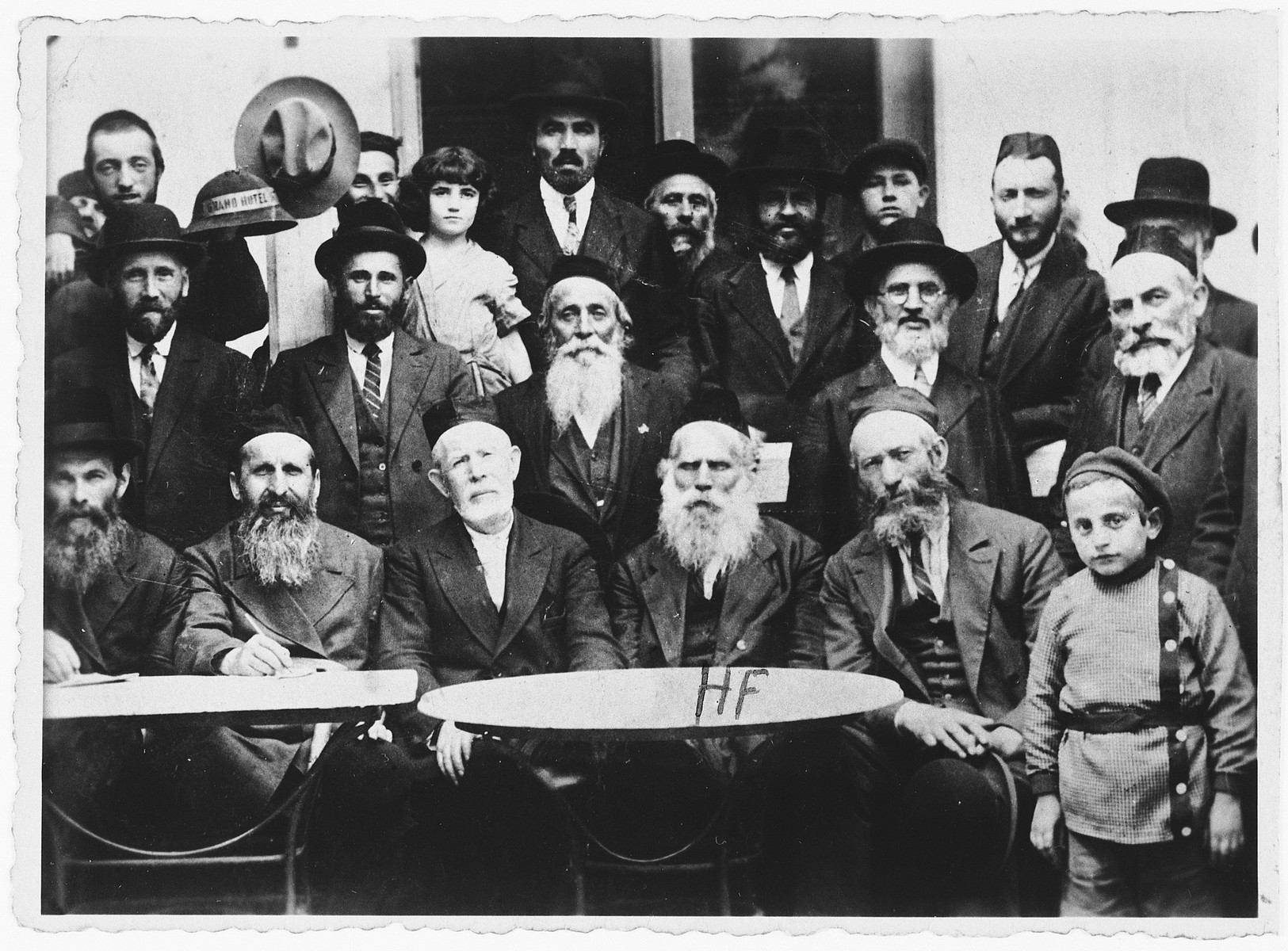 Group portrait of religious Jews at a gathering in Jaroslaw, Poland,

Among those pictured is Hersch Zvi Friedberg (front row, center), the father-in-law of Ida (Jam) Friedberg.

Biography
Ida Jam (later Friedberg) is the daughter of Josef and Memel Jam. She was born May 19, 1903 in Rzeszow, Poland, where her father owned a lumberyard. Josef and Memel were first cousins. (Their fathers were brothers.) Ida had seven siblings: Efraim, Sara Golda, Regina, Chana, Dora, Chaim Dov and Aron. On March 5, 1929 Ida was married to Isaac Friedberg, a lumber merchant from Jaroslaw. They settled in Jaroslaw, where they raised two children: Maurice (b. 1929) and Simon (b. 1932). When the Germans invaded Poland in September 1939 Isaac was serving in the Polish army. Soon after the Polish defeat he returned home to find that his family had fled to the east. He met up with them a few weeks later in Tarnopol. In 1940 the Friedbergs were transported to the Soviet interior and interned in a labor camp in Sverdlovsk. At the same time Ida's father (Josef Jam), two brothers (Efraim and Aron Jam), and brother-in-law (also Josef Jam) were sent to Irkutsk. During this period Ida's father died of malnutrition, Efraim wandered off after becoming mentally unstable, and Josef (the brother-in-law) also perished. The following year after the Soviet Union granted amnesty to the Polish refugees imprisoned in Soviet labor camps, the Friedbergs moved to Dzhambul in Kazakhstan, where they remained for the rest of the war. The boys attended school and Maurice celebrated his bar mitzvah during their stay in Dzhambul. In 1945 the Friedbergs returned to Poland and settled in Krakow. At this time they were reunited with Aron Jam and learned about the fate of the rest of the Jam family. In addition to her father and brother, Efraim, Ida's mother and four sisters had also perished, as had her brother, Chaim Dov, who had been publicly hanged in Rzeszow in September 1939. The Friedbergs did not remain long in Poland. They left for Paris in the summer of 1946. While waiting for immigration visas to the U.S. they lived in the Marais, with assistance from the Joint Distribution Committee. In the spring of 1948 Ida, Isaac and Simon Friedberg sailed to New York, and Maurice joined them in December of that year. Ida's brother Aron immigrated to Israel.