Group portrait of members of the Kaunas Motor Club. 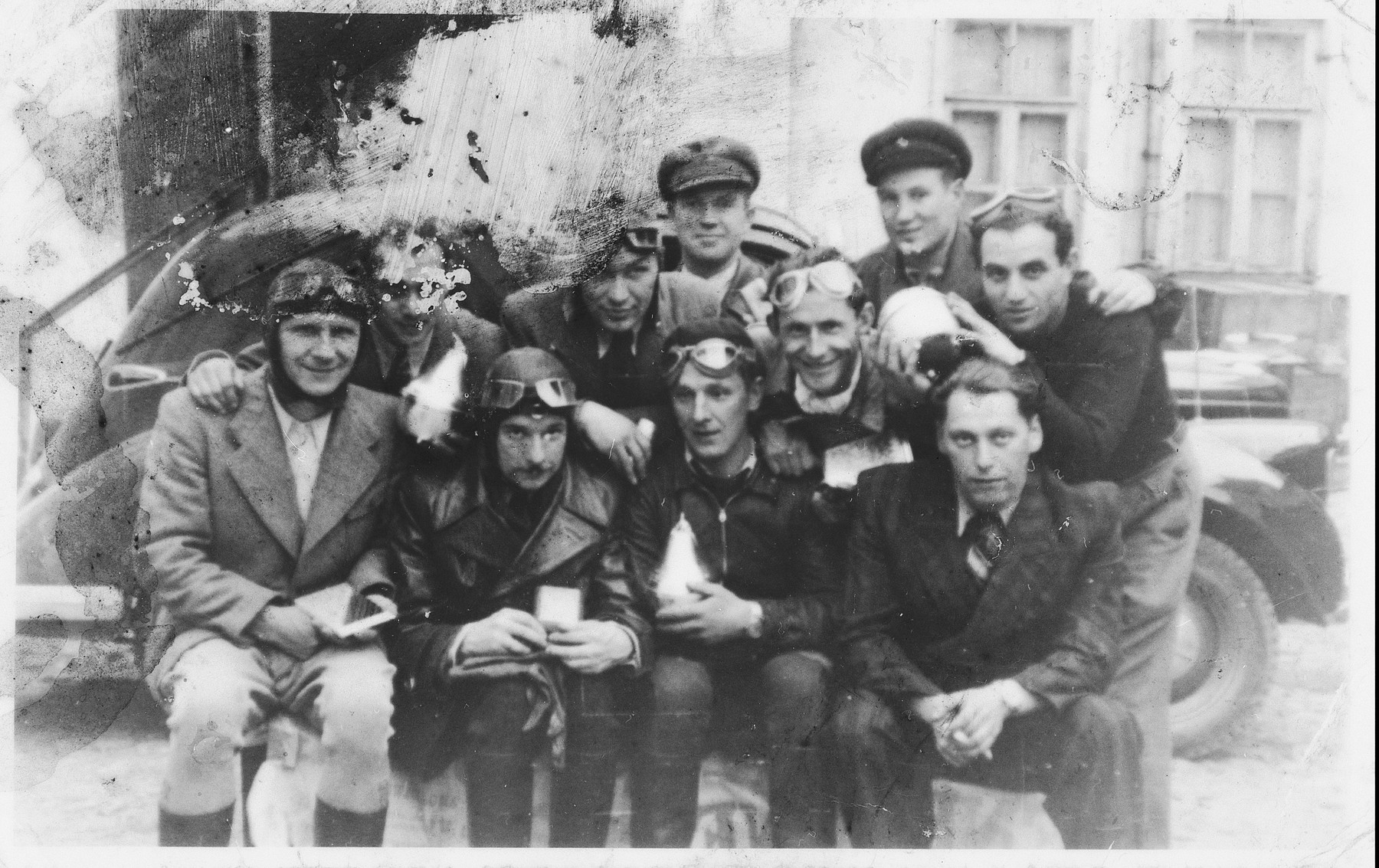 Group portrait of members of the Kaunas Motor Club.

Biography
Jay Ipson (born Yacob Ipp) is the son of Eta (Butrimowitz) and Isroel Ipp. He was born June 5, 1935 and lived in the Viliampole (Slobodka) district of Kaunas, Lithuania, where his father worked as an attorney. Isroel Ipp was on a business trip in Berlin during the Kristallnacht pogrom of November 9-10, 1938. Because his passport identified him as a Jew, he had to remain in his hotel room to avoid attack. Soon after his return to Lithuania, enactment of new racial laws prohibited him from continuing his law practice, so he opened a motorcycle business. When Yacob was five years old, the Soviets annexed Lithuania and confiscated Isroel's business. One year later, on June 22, 1941, the Nazis launched a surprise attack on Lithuania and seized control of Kaunas. That August, the Jews were confined to a ghetto in the Viliampole (Slobodka) district. The Ipp family moved in with Eta's parents, Chananyeh and Esther Butrimowitz, as did many of their other relatives. Both Eta and Isroel were conscripted for forced labor. Isroel worked outside the ghetto in the repair shop of the airport, and Eta worked in a women's brigade loading and unloading coal. In October 1942, the family was ordered to report for deportation to Riga. A Jewish policeman, who was a friend of Isroel, pulled the family away from the assembly point, and they were spared deportation. Isroel and Eta then began to make plans to escape from the ghetto. Their opportunity came one year later in the fall of 1943. Eta's uncle Yitchak Kalemitzkas was a farmer near Trakai and knew the other farmers in the region. He contacted a former neighbor, Mr. Marchukas who arranged for the Ipp family to be hidden on the farm of Vaclovas and Ona Paskauskas and their stepson, Stanislavas Krivicius. Isroel dug a hole in the middle of their potato field. At the bottom of the hole he dug a tunnel that opened into a room. He then dug a second tunnel from the room to another potato storage hole. The Ipps lived underground for six months. They were finally liberated by the Red Army in July 1944. When the war ended the following year, they escaped to Munich in the American zone of Germany. In 1947 they immigrated to the United States and settled in Richmond, VA, where Isroel worked as an automobile mechanic. He later opened his own service station and auto parts business. He never again practiced law. In 1998 Yad Vashem recognized Stanislavas Krivicius and Vaclovas and Ona Paskauskas as Righteous Among the Nations.