Members of the Deutsch family, some of whom are wearing Jewish badges, pose in their home in Zagreb with an Austrian Jewish refugee family that was living with them. Zagreb, 1941. 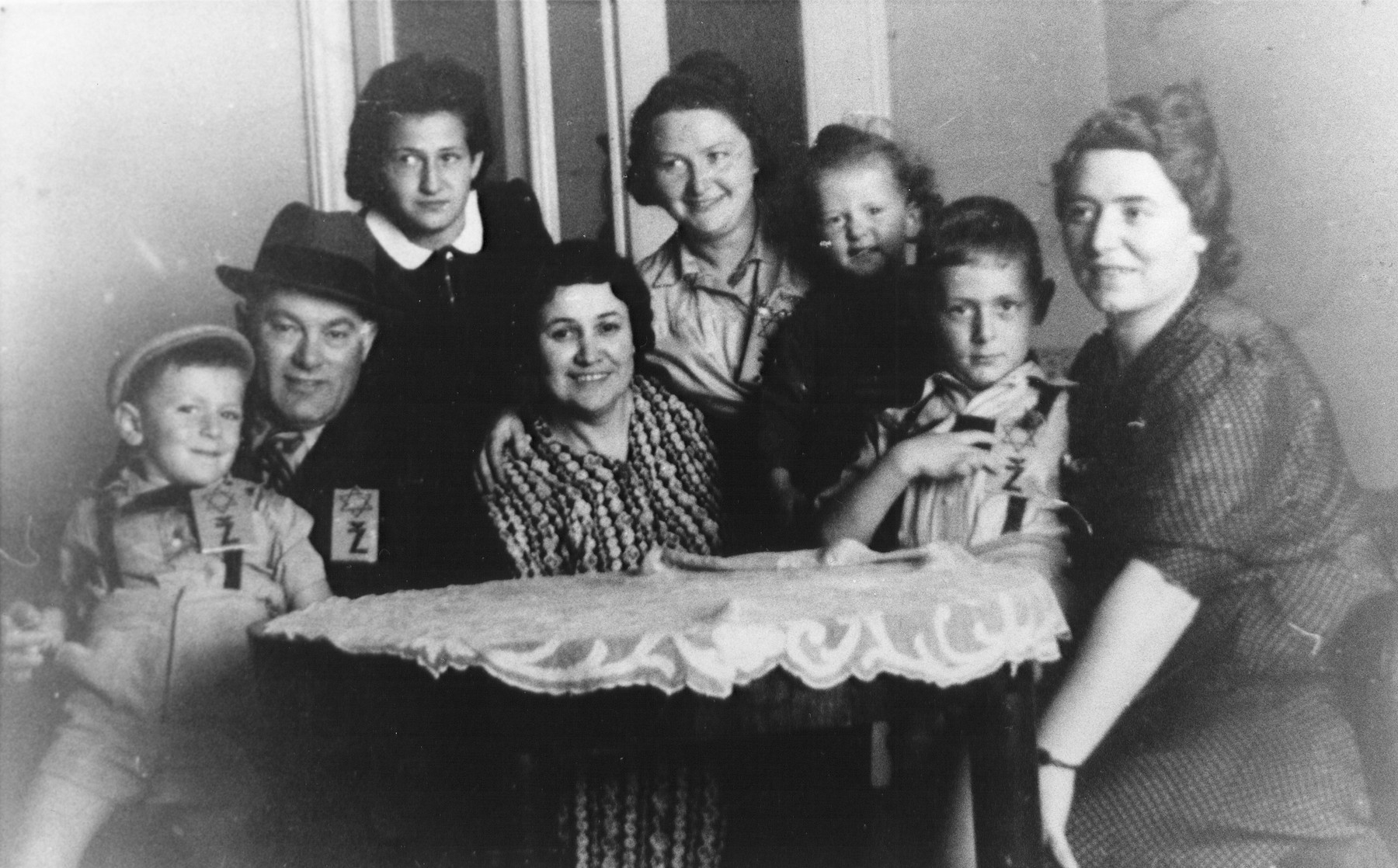 Members of the Deutsch family, some of whom are wearing Jewish badges, pose in their home in Zagreb with an Austrian Jewish refugee family that was living with them. Zagreb, 1941.

Copyright: Exclusively with provenance
Provenance: Meir Deutsch
Restriction
NOT FOR RELEASE without the permission of Meir Deutsch
Record last modified: 2011-03-22 00:00:00
This page: https://collections.ushmm.org/search/catalog/pa1151044