Refugees gather outside a barracks in an internment camp in Cossonay, Switzerland. 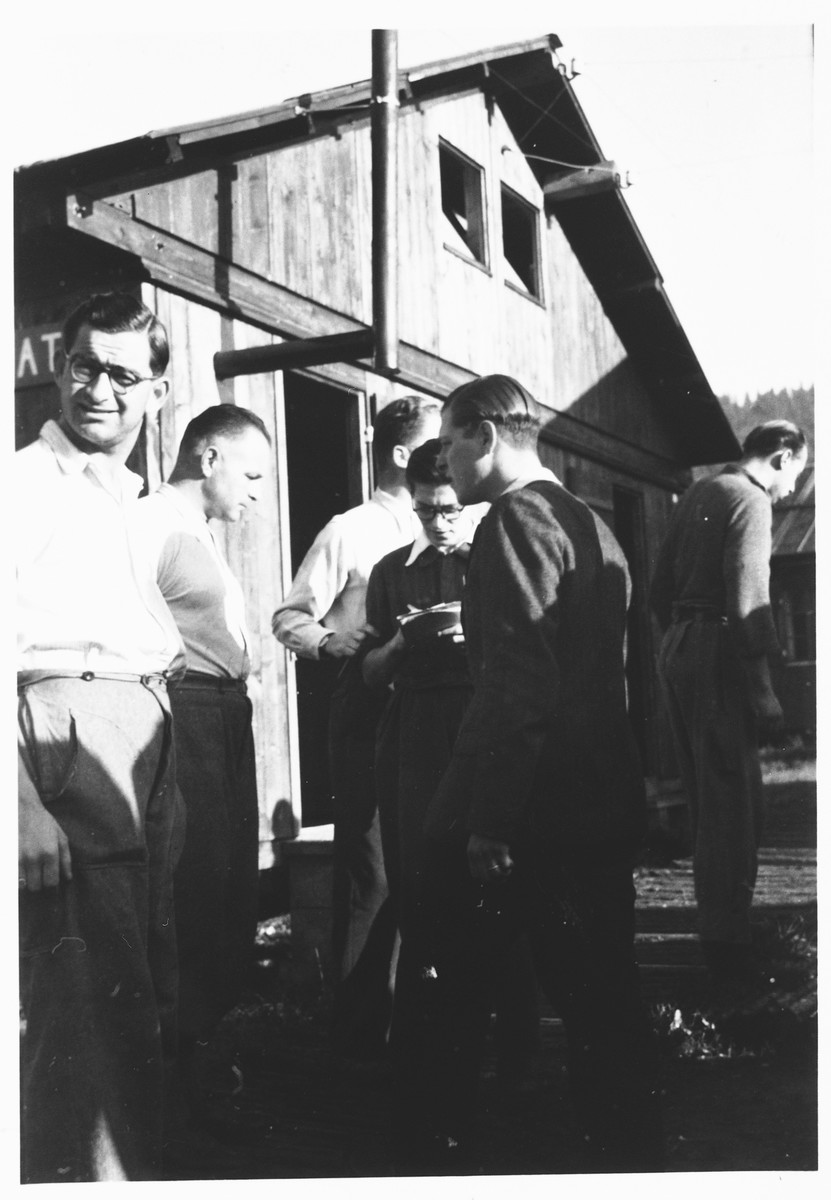 Refugees gather outside a barracks in an internment camp in Cossonay, Switzerland.

Most of the internees were Dutch Jews. Capt. Bachmann (Swiss) is on the left and Bachrach is on the right.