Group portrait of the leather factory workers in the Lodz ghetto. 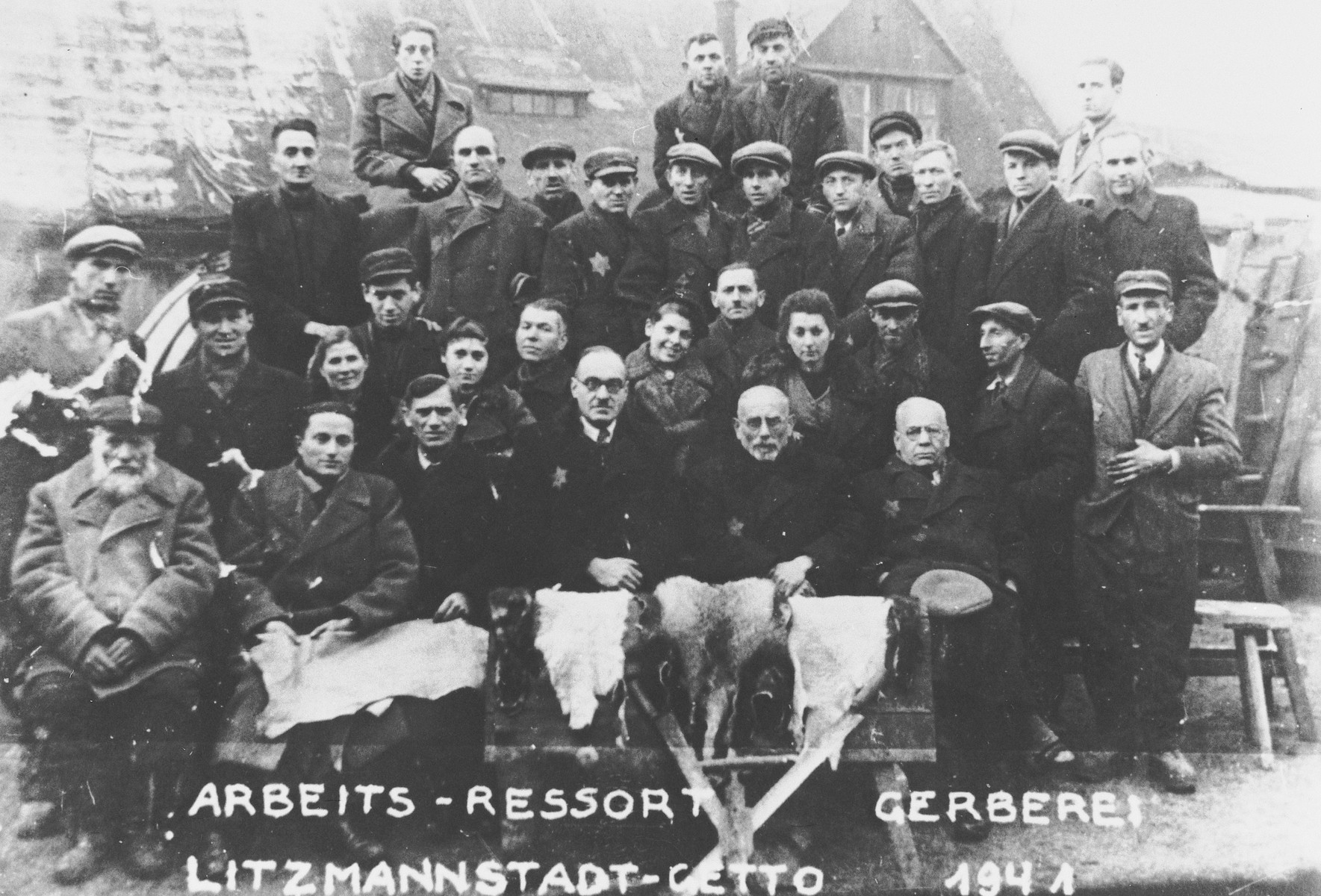 Group portrait of the leather factory workers in the Lodz ghetto.

Biography
Adam Devir is the son of Eva Topilsky (Sternheim) Devir. Eva was the daughter of Shmuel Yaakov Topilsky and Chaya Frankel Topilsky. She had an older sister Marysia, and two younger sisters, Renia and Julka. Eva was born in 1911 in Lodz Poland where her father worked in the textile industry. In June 1935 she married Zvi Sternheim (b. 10/26/11) from Krakow. Shortly thereafter, they immigrated to Palestine and Hebraicized their name to Devir. In 1939 Eva returned to Lodz to visit her family after her older sister Marysia gave birth to a baby. While she was still visiting, Germany invaded Poland. Eva was able to flee Poland and return to Palestine, via Italy, since she held a British passport. Her parents however became imprisoned in the Lodz ghetto. Her father Shmuel worked as the bookkeeper of the ghetto leather factory. Workers there were somewhat better fed than others in the ghetto because they had permission to make a soup out of animal heads. Chaya died of cancer in the ghetto in 1942. The following year, Shmuel was deported to Auschwitz where he perished. Two of Eva's sister were living in Warsaw at the start of the war. Marysia and her husband Heniek Taglicht escaped from the Warsaw ghetto to the Aryan side on false papers. Their daughter Bruria was hidden separately in a convent. All three survived and immigrated to Israel in 1948. Renia worked in Janos Korczak's orphanage before the war. Both she and her husband Lande perished in the Holocaust. Eva's youngest sister Julka was sent to a labor camp and perished from dysentery. Shmuel Topilsky was one of twelve children; none of them survived. Chaya also came from a large family related to the Rebbe of Kotsk. None of her siblings survived either.