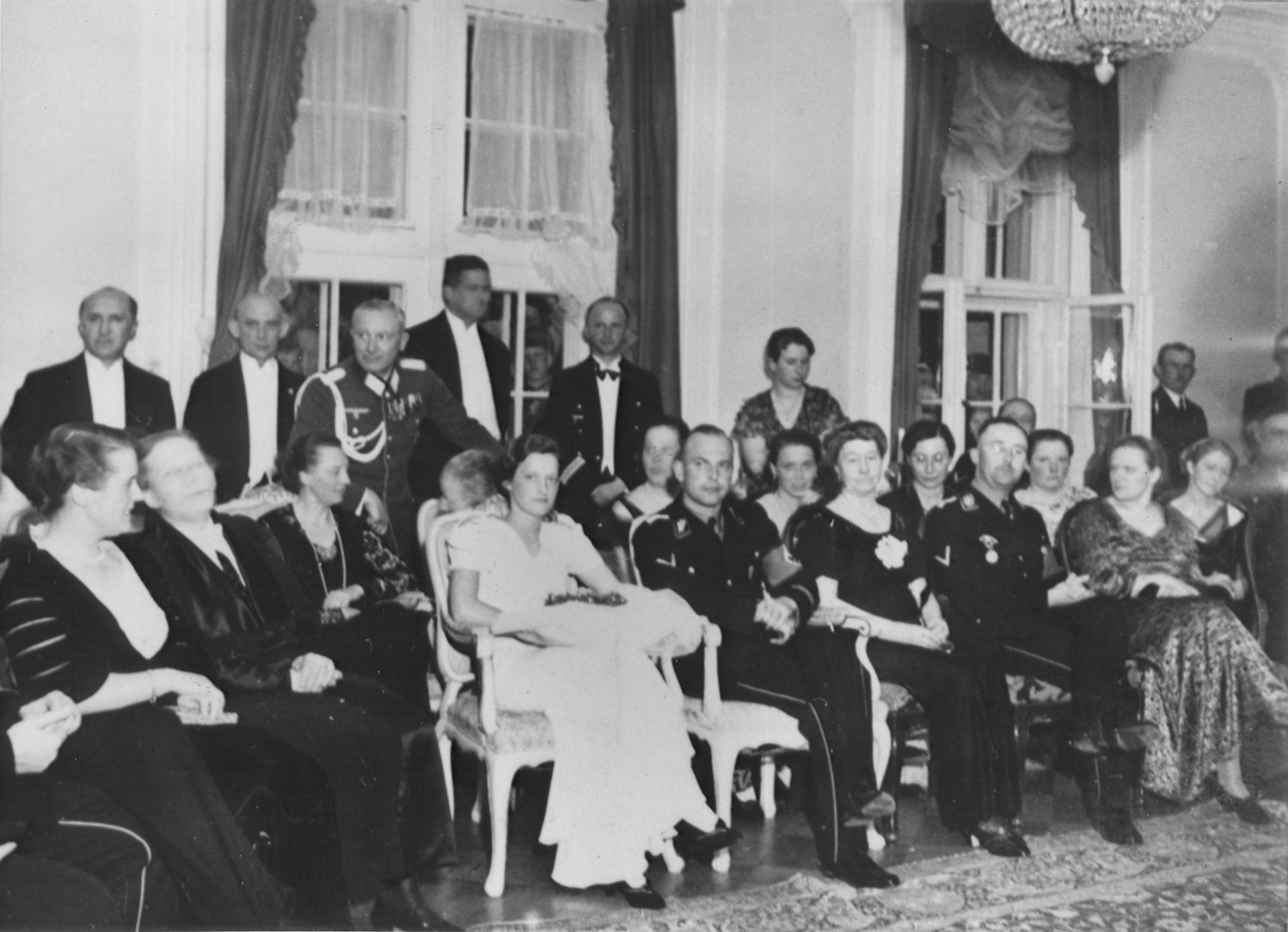 Himmler and his wife, Margarete, are seated in the front row at the right.