Leaders of the Lampertheim DP camp. 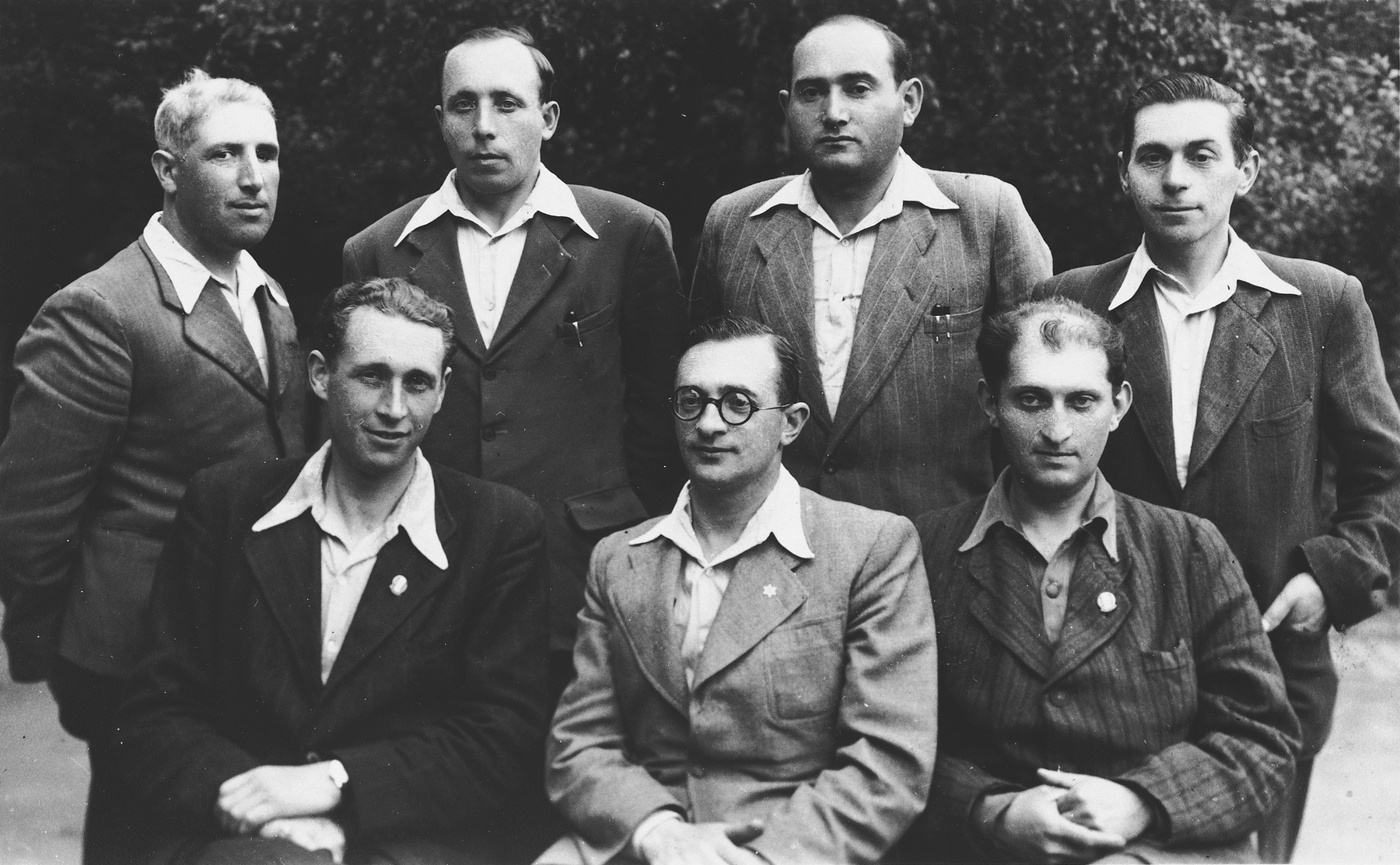 Leaders of the Lampertheim DP camp.

Abram Borenstein is standing in the back row, second from the left.

Biography
Rosa Borenstein is the daughter of Abram Borenstein and Ida Mandelbaum Borenstein. She was born on June 17, 1946 in the Lampertheim displaced persons' camp. Her parents had become acquainted before the war, during which time Ida was a political activist, and both she and Abram worked in the garment business. During the war, Ida went to the Soviet Union and Abram was in the Polish army. He was captured, but later escaped from a POW camp and joined the partisans. Abram and Ida met again after the war, married, and settled in Lampertheim. In 1949 they immigrated to the United States.