A small group of Jewish refugee children sit outside on the grounds of the Priory, a children's home in Selkirk Scotland. 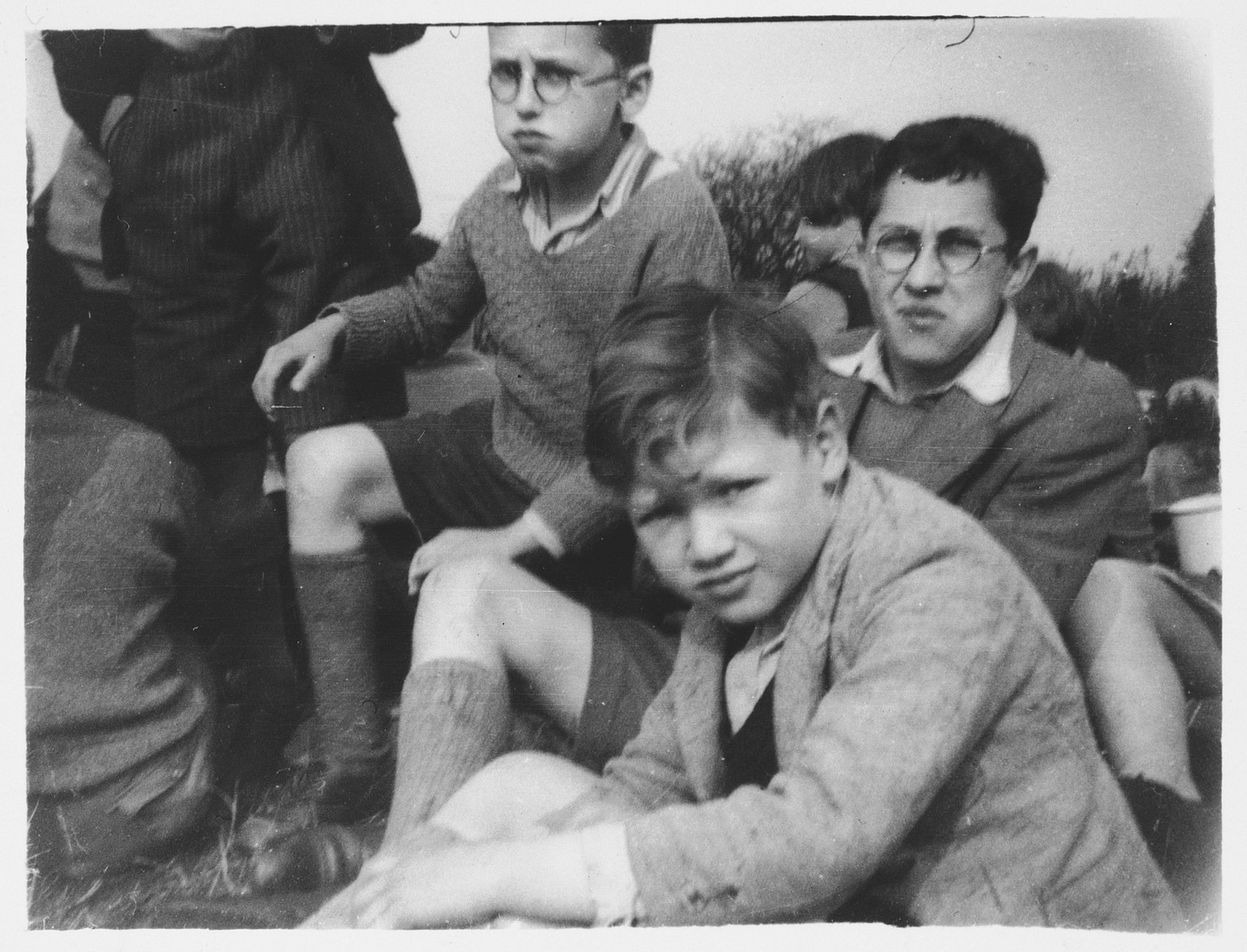 A small group of Jewish refugee children sit outside on the grounds of the Priory, a children's home in Selkirk Scotland.

Netta Pringle, the assistant matron in the Priory, formed warm relations with many of the twenty-one Jewish children. She took most of the photographs, which she assembled in the album and wrote the inscriptions. In 1996 Miss Pringle gave the album to Gunther.

Biography
Gunther Abrahamson was born in Berlin in 1926 and sister,Daisy,was born in 1921.Their widowed mother, Katharina, saved both from Hitler by arranging their emigration. Daisy went to Palestine in November 1938, and Gunther went to England on a Kindertransport in July 1939. Their mother was deported to Riga in 1942 and did not survive. After a short stay in a transit camp in England, Gunther was sent to The Priory, a children's home in Selkirk, Scotland. The Priory also served as a holiday home for under-privileged children from Edinburgh. After the war, Gunther was awarded a bursary to attend Edinburgh University's School of Agriculture. Following graduation he left for Canada with plans to work his way around the world. He did not get beyond the arctic where he spent the next 50 years working for the Canadian government in various capacities .