Portrait of a couple and their one-year old child taken in Hungarian occupied Romania shortly before they were forced into a ghetto. 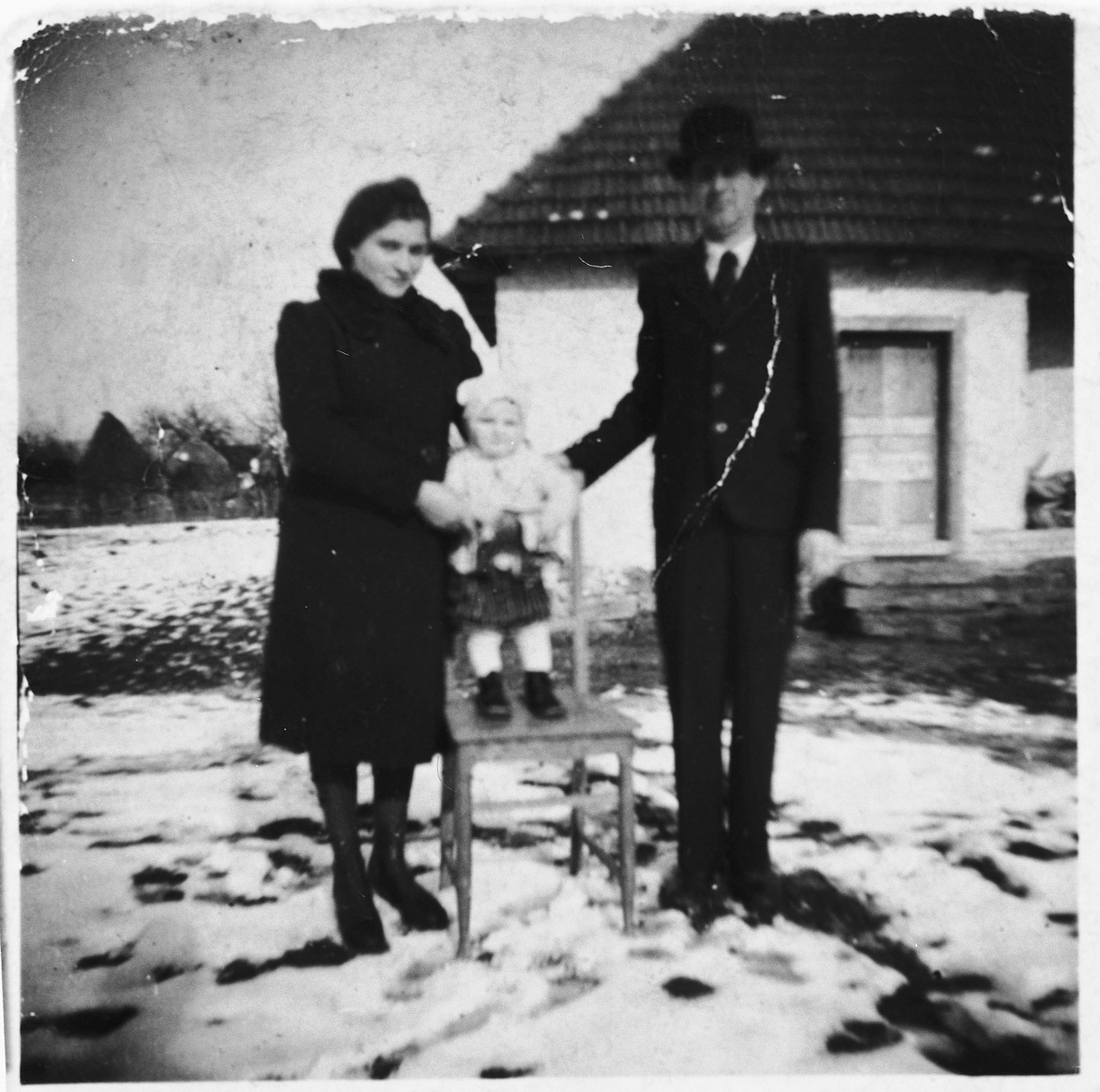 Portrait of a couple and their one-year old child taken in Hungarian occupied Romania shortly before they were forced into a ghetto.

Pictured are the family of the donor's sister: Hershel, Esther (nee Pollack) and Miriam. All were later killed in Auschwitz.