Group portrait of Jewish survivors (largely from the Kovno ghetto) at the St. Ottilien displaced persons hospital camp in Bavaria. 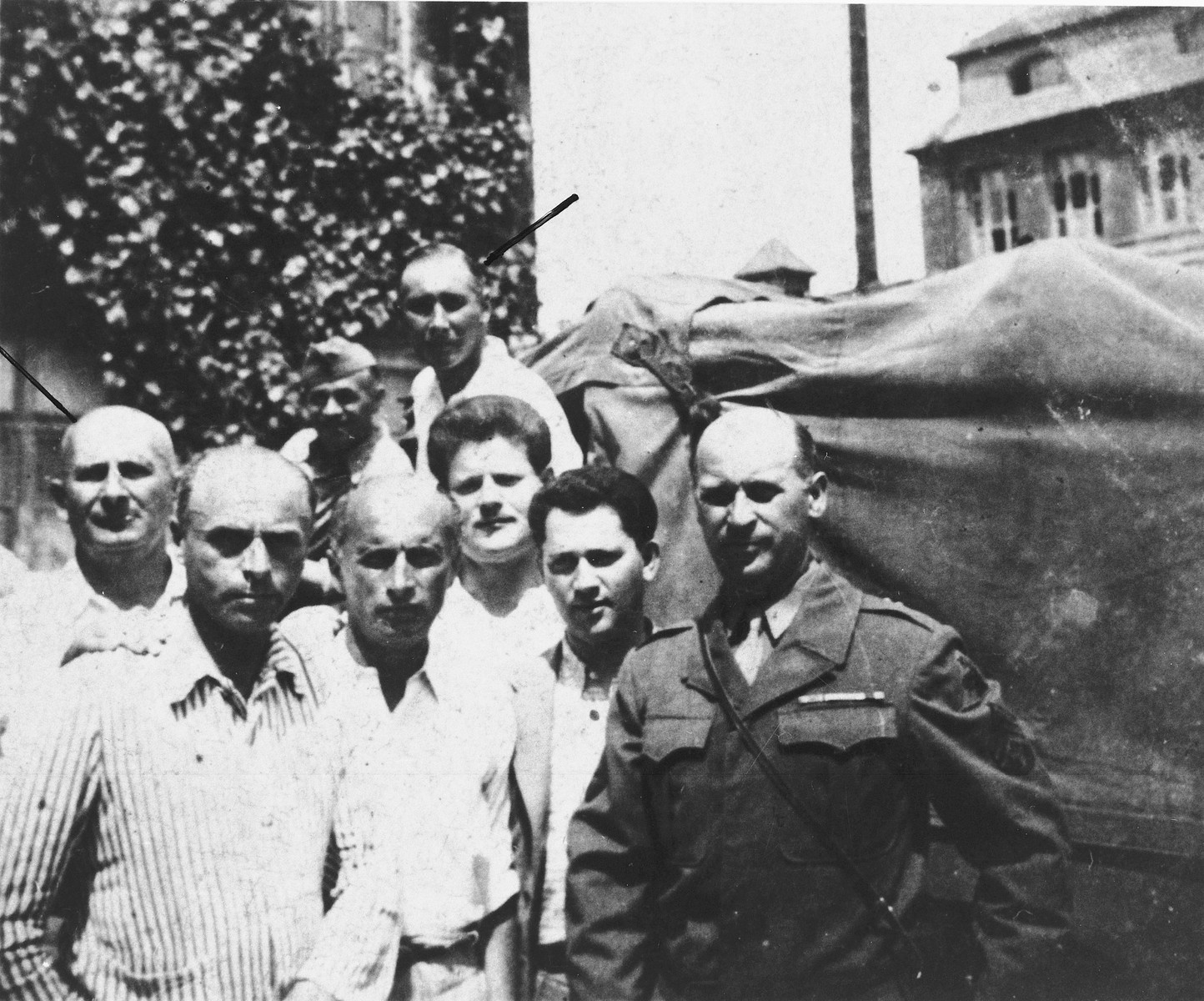 Group portrait of Jewish survivors (largely from the Kovno ghetto) at the St. Ottilien displaced persons hospital camp in Bavaria.

Among those pictured are Motel Borstein, violinist in the St. Ottilien Jewish Orchestra and the Ex-Concentration Camp Orchestra in Furstenfeldbruck (far left); his son Eli Borstein (back center); and Michael Hofmekler (front center).