Jewish DPs at the kibbutz hachshara (Zionist collective) in Ponte Emma (near Florence), are gathered around a table during a wedding celebration for two of their members. 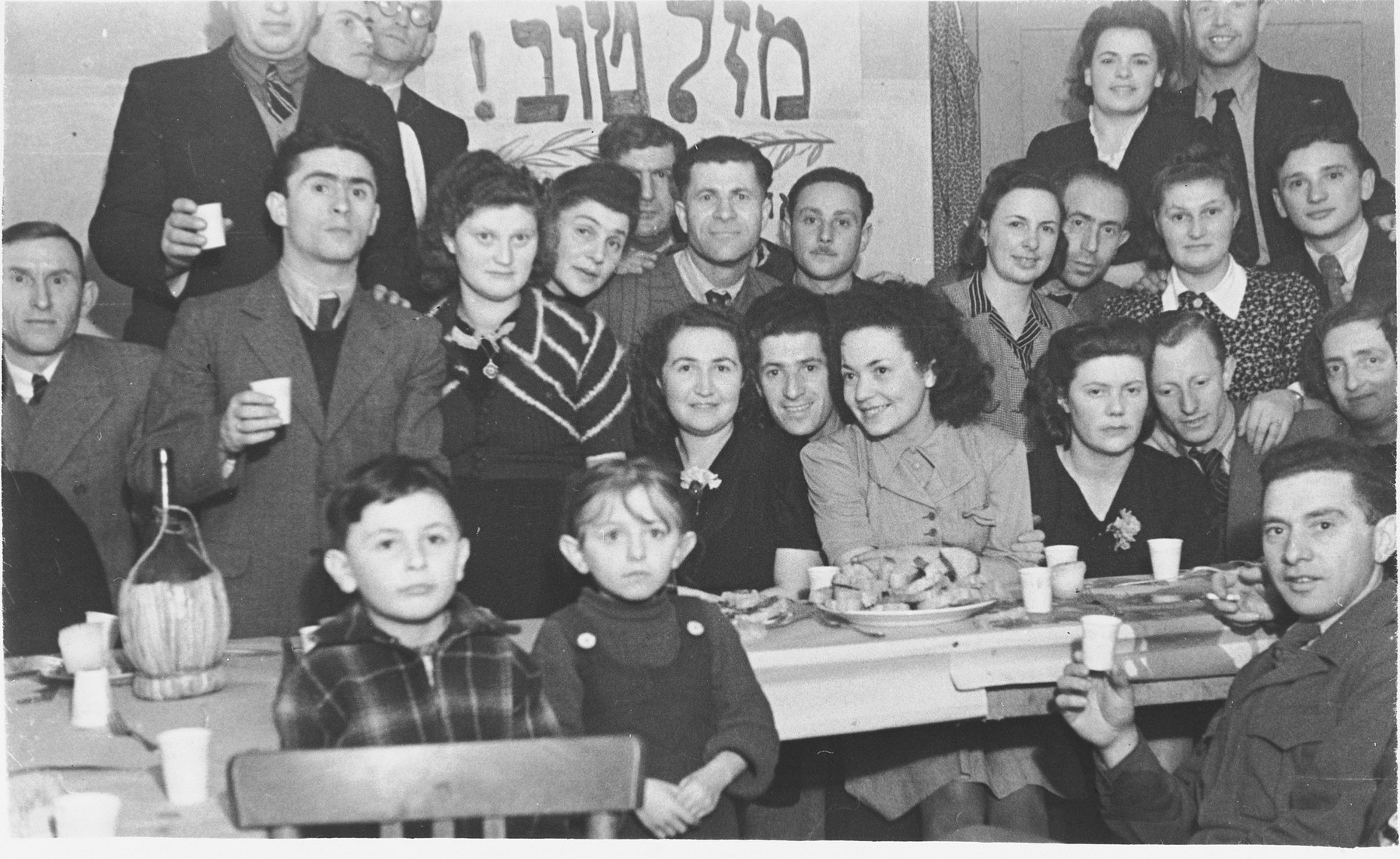 Jewish DPs at the kibbutz hachshara (Zionist collective) in Ponte Emma (near Florence), are gathered around a table during a wedding celebration for two of their members.

Biography
Meir (now Michael) Telerant is the son of Hirsh and Emma (Puzarisky) Telerant. He was born November 1, 1937 in Vilna, where his father worked in the family textile business. The family's fortunes changed abruptly after the German occupation of Lithuania in June 1941. Meir's aunt Genia (Telerant) Magit was killed, along with her husband and son, that summer, and in September the rest of the extended family was forced into the newly established ghetto. Meir and his parents shared an apartment in the ghetto with three of his grandparents, as well as numerous other relatives. His aunt, Gutta Puzarisky, who joined the Vilna underground, was subsequently shot to death after being caught outside the ghetto carrying a gun. In 1943, fearing that the ghetto would soon be liquidated, the family began to explore various means of escape. Having hidden away a substantial amount of gold in a Jewish cemetery in Vilna, the Telerant/Puzarisky family was able to team up with the family of a Jewish cattle dealer named Mula Abt, who had contacts with local farmers. Mula made the arrangements and the Telerants provided the funds. A total of 22 people from the two families joined in the escape. They left Vilna in two groups in September 1943 only a short time before the final liquidation of the ghetto. One group, consisting entirely of members of the Abt family, was later betrayed by their rescuer and killed. The second group, including three members of the Abt family (Mula, Riva and Renee), three Telerants (Hirsh and Emma), and four Puzariskys (Emma's mother Riva, Emma's brother and sister-in-law, Morris and Chana, and their son Meir) and another woman, all survived. They spent 11 months hiding in three different locations before their liberation by Soviet troops in July 1944. Hirsh's parents and brother, who had remained in the ghetto, all perished in concentration camps. After the war the Telerants migrated to Italy with the help of the Bricha underground. They lived first in a kibbutz hachshara (Zionist collective) in Florence, and later in Ladispoli, near Rome. While in Italy, Emma contacted her uncle, Mayer Levin, who had immigrated to the United States before the war and was then living in St. Louis. His daughter Minette agreed to help the Telerants immigrate to America, but the process took five years. Sailing aboard the Marine Jumper, the family finally arrived in the U.S. on November 20, 1949.