Children from the AHAWAH orphanage attend a Purim carnival. 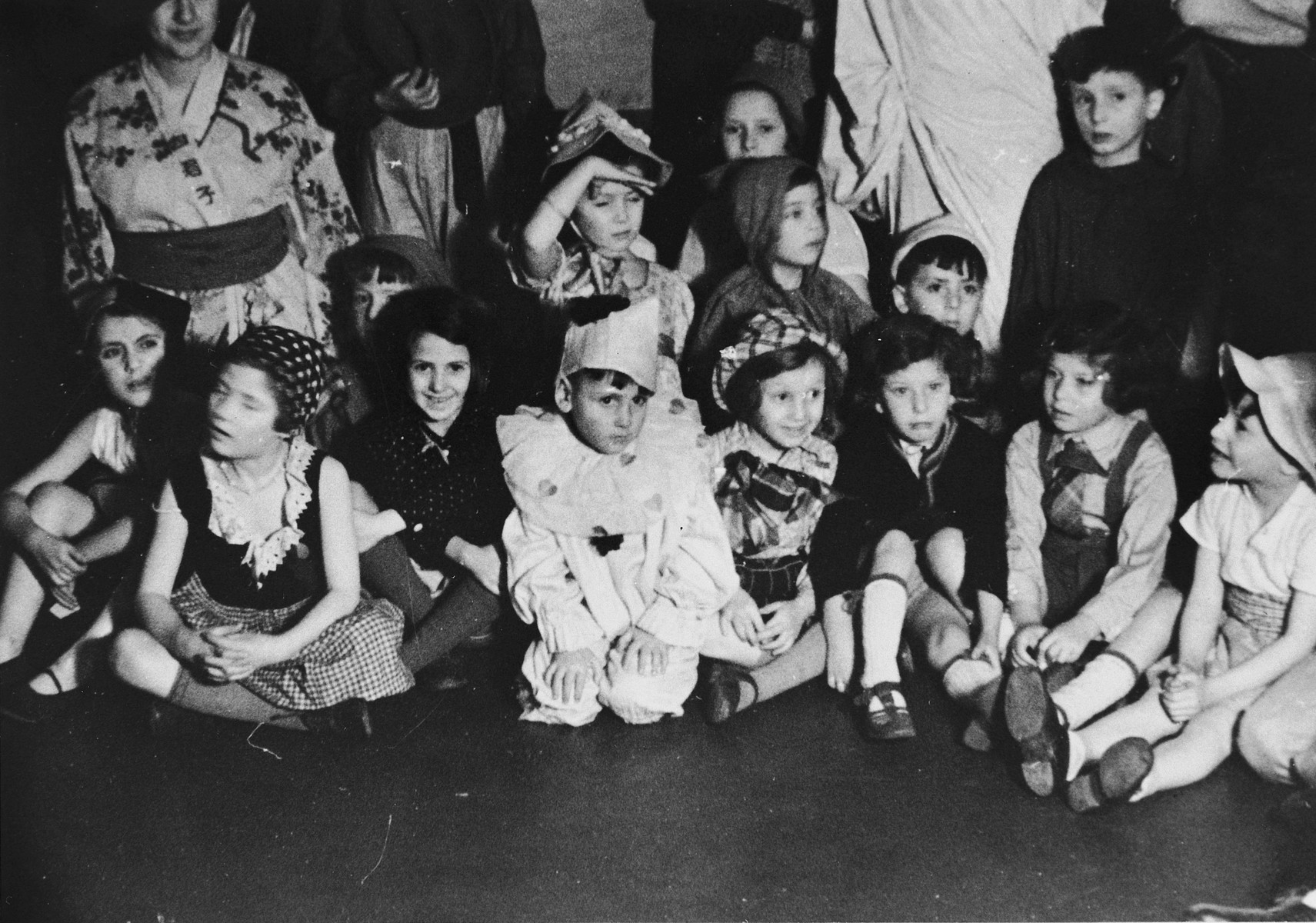 Children from the AHAWAH orphanage attend a Purim carnival.

Seated third from the left is Hella Zajac. Her twin brother Hermann is seated on the far right.

Biography
Anna Leist (born Anni Zajac) is the daughter of Wolf Zajac and Dora Swierkowska Zajac. Anni was born on January 28, 1925 in Manheim Germany where her father worked as a self-employed tailor. Her parents came from Zgierz, Poland, near Lodz. After they married, they moved to Manheim, Germany where their seven oldest children were born: Felix, Samuel, Anni, Jacob (Jack), Henni, Joseph, and Lydia. In 1930 they moved to Berlin where they gave birth to twins Hella and Hermann. The Zajacs also had two other children who died in infancy. In 1935, the Germans deported Wolf to Posnan, Poland. The rest of the family should have gone as well except that Dora was suffering from tuberculosis and was too ill to follow him. After her health deteriorated further, she placed the seven younger children in the AHAWAH children's home in 1936. The two oldest brothers, Felix and Samuel, remained with their mother until she passed away on January 5, 1938. After her death, Samuel left Germany to join his father in Poland in April 1938, and Felix joined a hachshara in Berlin only to be deported to Poland as well that October. Wolf found him on the Polish border and brought him to his home. The two brothers then joined a new hachshara in Warsaw and after the start of World War II escaped to Vilna. They reached Palestine eight months later, lived on a kibbutz and eventually joined the Jewish Brigade.

Anni, Henni, Jacob and Joseph remained in the AHAWAH home until December 14, 1938 when they went on the second Kindertransport to England. They spent one night in Dovercourt in Harwich and then were sent to Willesden, an Orthodox hostel in London. One month later, Jacob celebrated his bar mitzvah. He was the first Kindertransport boy to celebrate his bar mitzvah in England. Lydia, Hella and Hermann remained in Berlin but after their mother's death were transferred to different children's homes. Lydia came to England on a Kindertransport on August 13, 1939 and was placed in various foster homes. The twins, Hella and Hermann, were sent to Sweden and spent the war there. At the start of the war, the other children became separated. Jack and Joseph were sent to live in Margate for a short time and then returned to London. Henni and Anni were evacuated to the country. Henni remained there while Anni returned to London and worked in an ammunition factory. Twice she was bombed out and had to move to a new hostel. Henni and Joseph eventually joined her. Jacob joined the Jewish Brigade and unexpectedly met up with Felix and Samuel in Naples, Italy. Though their father perished in the Holocaust having been incarcerated in the Lublin ghetto, all nine children survived. After the war, Jacob, Anni, Joseph, Henni and Lydia immigrated to the United States. Hella remained in Sweden. Hermann immigrated to Israel to join his older brothers Samuel and Felix.