Jewish and Lithuanian police guard the entrance to the Vilna ghetto. 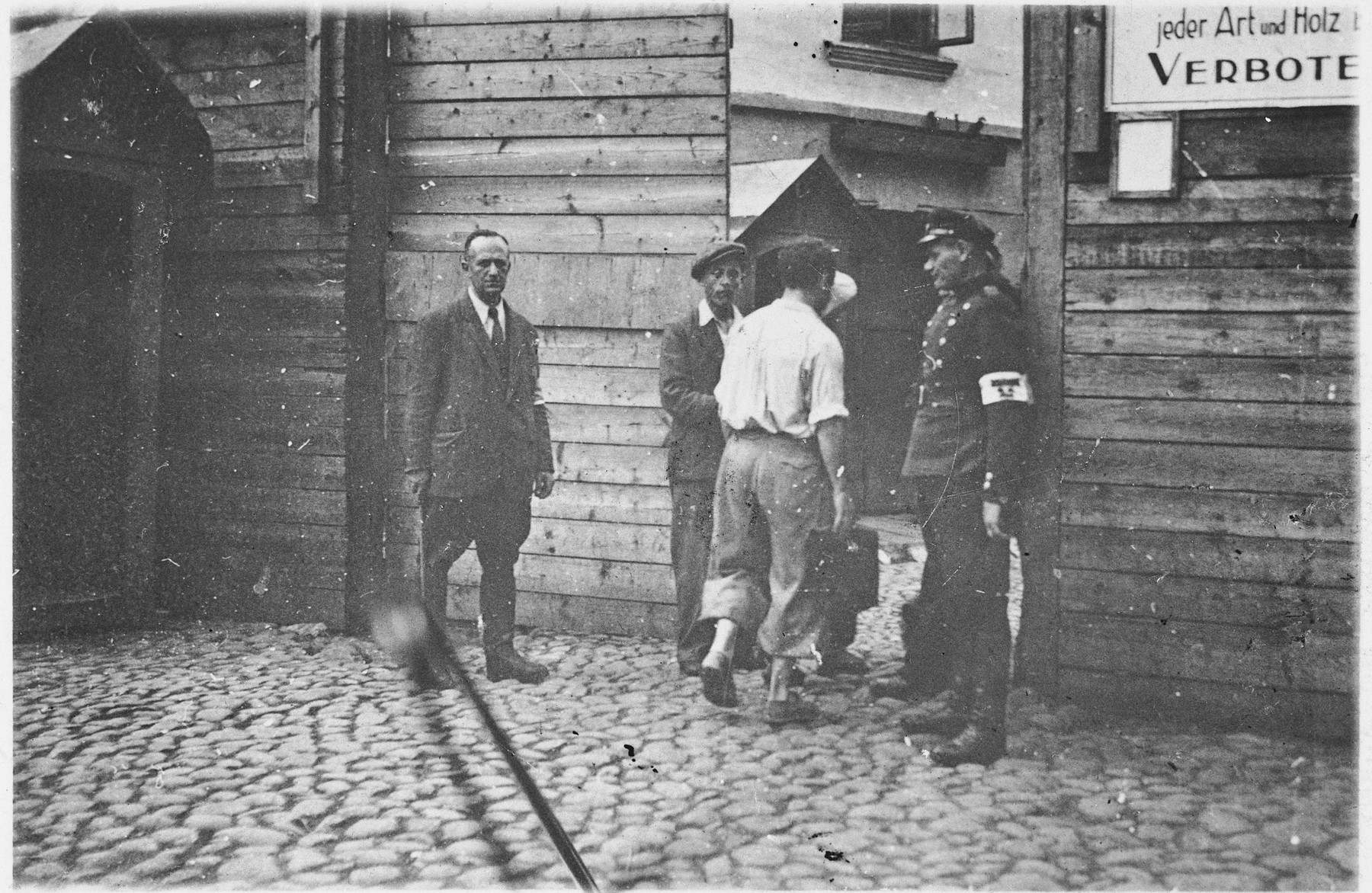 Jewish and Lithuanian police guard the entrance to the Vilna ghetto.

Pictured at the left is Ferdinand Beigel.