Group portrait of members of the Vilna ghetto Jewish police. 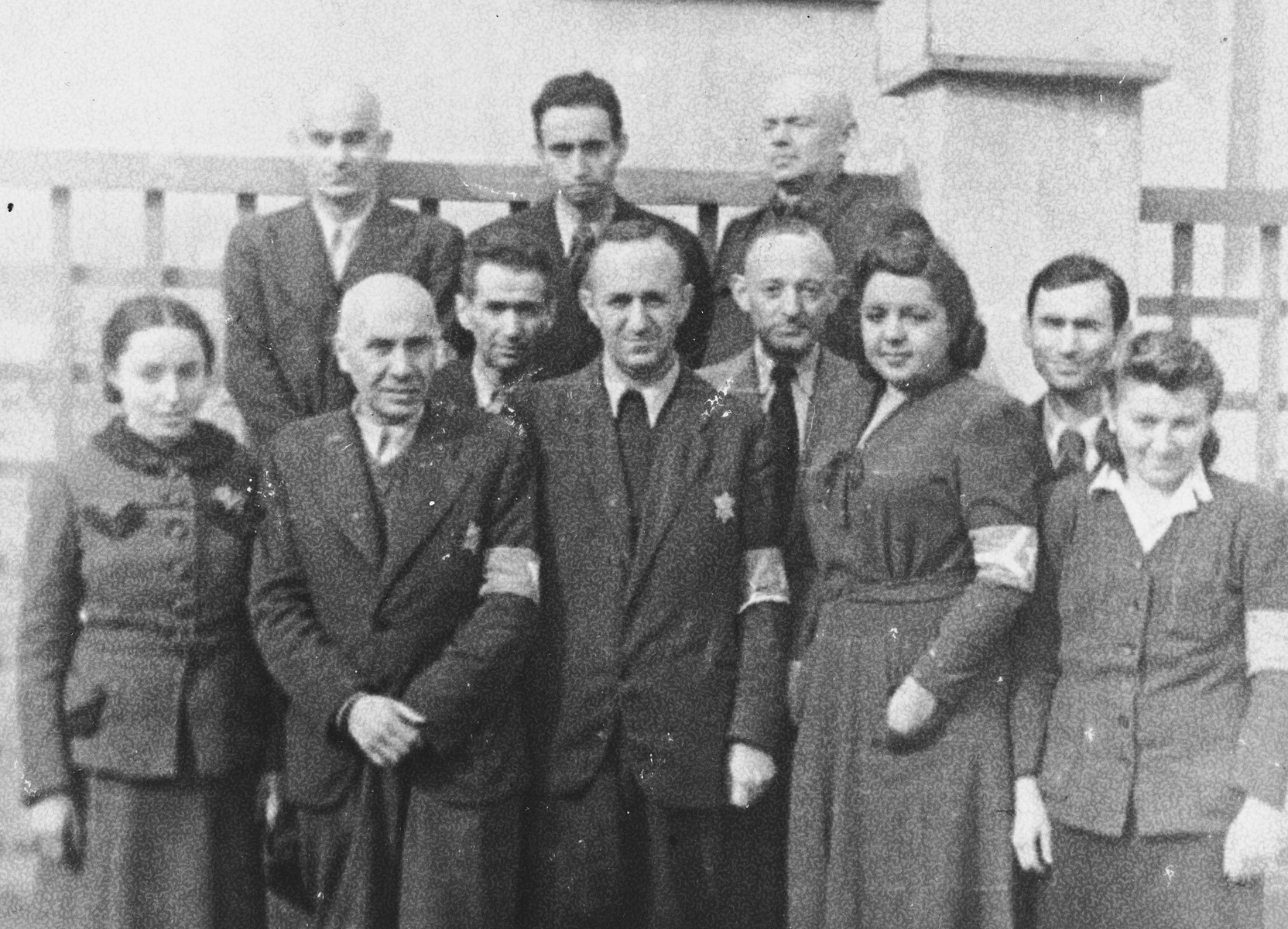 Group portrait of members of the Vilna ghetto Jewish police.

Among those pictured is Ferdinand Beigel (front row center).