Ruth Franken poses next to her scooter on a sidewalk in Amsterdam. 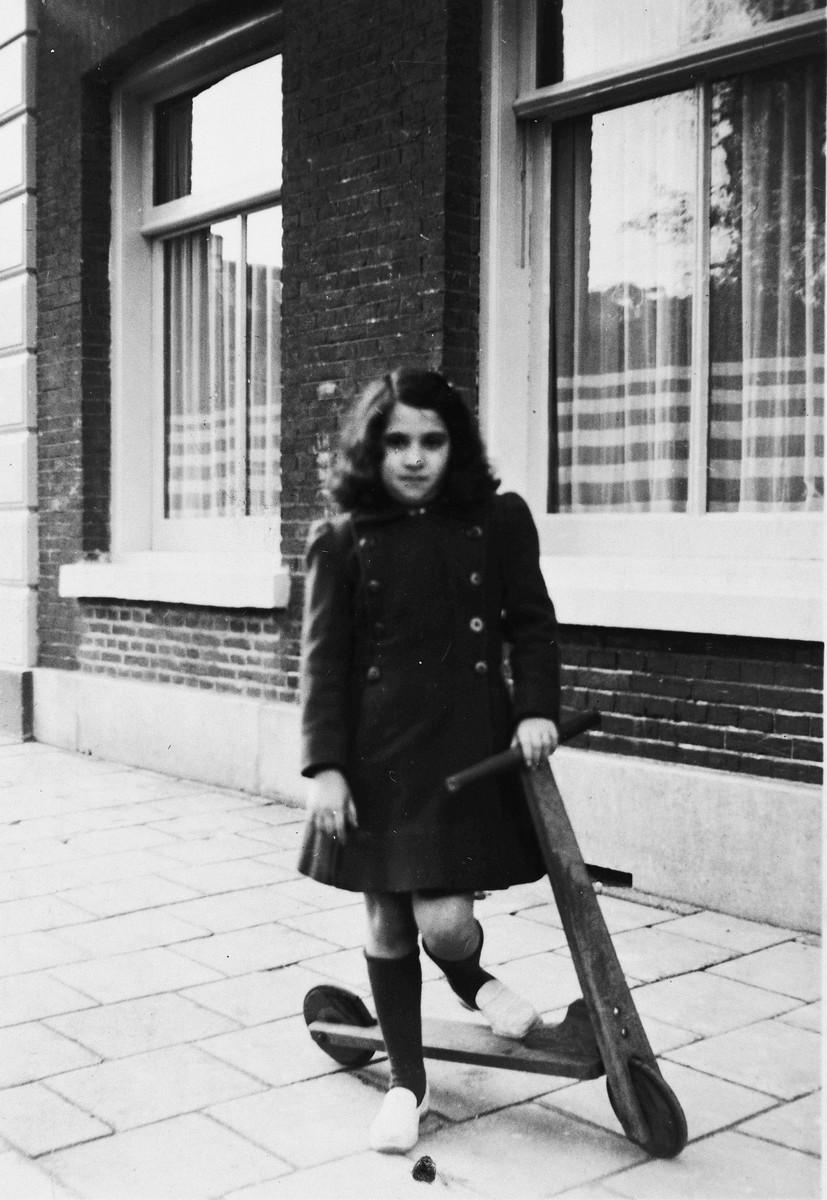 Ruth Franken poses next to her scooter on a sidewalk in Amsterdam.

Biography
Ruth Levie (born Ruth Franken) is the daugher of Max Franken (b. 1897) and Irma (Solomon) Franken (b. 1907). Max and Irma grew up in Germany. They wed in 1936 and then fled to the Netherlands. Ruth was born on July 15, 1937 in Haarlem, Holland. The family lived in Doetinchem where her father was an upholsterer. Following the German invasion in 1940, the Frankens witnessed many deportations but initially were spared because Max had been awarded the Iron Cross during World War II. When Ruth was about two years old, the family moved to Hilversum and later to Amsterdam. In 1942, the family was rounded-up and sent to Westerbork, and the following year they were deported to Bergen-Belsen where Irma worked disassembling shoes. From there Max was deported to Auschwitz, and Ruth and her mother were sent to Theresienstadt where Irma worked for a Nazi officer. They were liberated in Theresienstadt by the Russians. After the war they returned to their apartment in Amsterdam and reunited with Max. In the spring of 1946 they immigrated to the United States and settled in Detroit, Michigan, where Irma's sister was already living. Max passed away soon afterward, and Irma and her sister started an interior decorating business.