A Czech-Jewish couple sits on a park bench. 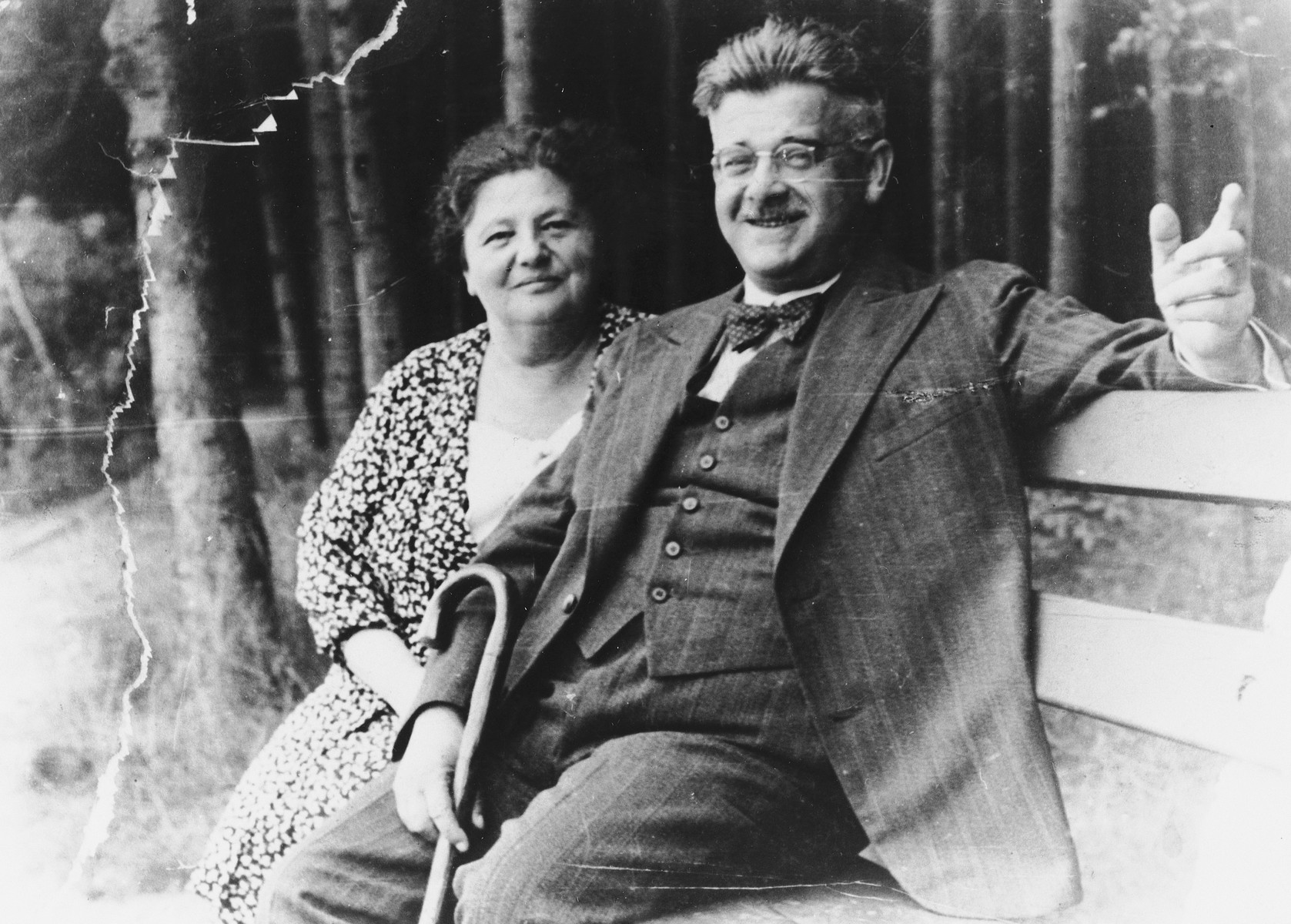 A Czech-Jewish couple sits on a park bench.

Pictured are Stephan and Alice Loeffler. Both later perished in Auschwitz.

Biography
William Loeffler is the son of Stephan (b. 1882) and Cvetlerova Loeffler. Stephan came from a very large family; his father, Ignatz Loeffler, had 12 children from his first wife Ludmilla Lederer Loeffler and an additional six children from his second wife, Marie Loeffler. Stephan began work at the age of nine and worked in many different countries including Czechoslovakia, Germany and Sweden. He eventually became the general manager of a large shoe company, Schwartzkopf & Sons, in Susice, Czechoslovakia. His first wife and William's mother, Cvetlerova, died in 1918 from the Spanish flu. Stephan then remarried Alice Meisel who raised William and his sisters Ludmilla and Gertrude. In addition they had another two children: Wolfgang, who died in infancy, and Susanna. In 1929, Williams's oldest sister Ludmilla went to England in 1929 to work as a nanny. After the German annexation of Austria, Ludmilla arranged for her cousin Mitzi and youngest sister Gertrude to join her in England. They came on the last children's transport out of Vienna. William was also able to flee in time. As a Czech citizen he had an easier time than many in obtaining an American visa, and immigrated to the United States in 1936 before completing his Gymnasium degree. After arriving in America he worked as an iron worker and welder. He completed his education on his own and eventually became an engineer. William's father and stepmother were deported to Theresienstadt and from there they were put on a transport to Auschwitz where they perished in 1944. From his once large family, William lost between 100 and 125 relatives in the Holocaust, including his grandmother, Emma Meisel, who was over eighty years old when she was killed in Auschwitz.