Two Polish women carry wreaths of flowers at a memorial observance after the war. 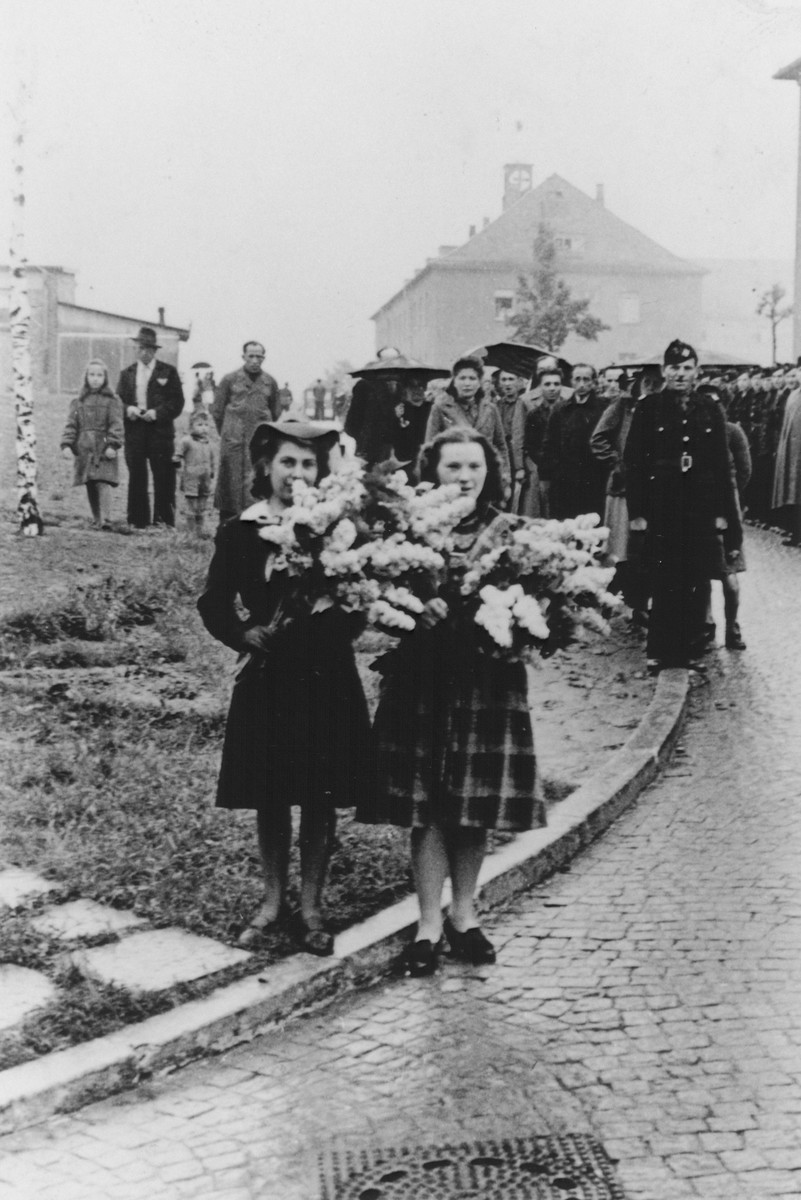 Two Polish women carry wreaths of flowers at a memorial observance after the war.

Pictured on the right is Eve Kristine Vetulani.

Biography
Kristine Belfoure (born Eve Kristine Vetulani) was born to a Catholic family in Krakow on October 1, 1924. Her father was a professor at Jagiellonian University. Prior to the war Eve studied a number of foreign languages in gymnasium. After the war she and her mother adopted an older Jewish woman and saved her from the Nazis. Kristine herself was later sent to work as slave labor. She first worked at Hamewacker Chewing Tobacco in Nordhausen, Germany. She was later sent to Schmidt, Kranz & Co., an ammunition factory. Kristine was outstanding with languages. She worked as kitchen help for a private building company and as a maid and interpreter and was liberated in Nordhausen. After the war she worked as a translator for U.S. Army intelligence and attended Frankfurt University. Kristine immigrated to the United States in 1951 and attended Washington University in St. Louis. She worked as a teacher of French, German and Spanish. Kristine Belfoure also volunteered for the Red Cross Ttracing Service and the United States Holocaust Memorial Museum before passing away in 2004.