Students at the Epstein Polish Gymnasium. 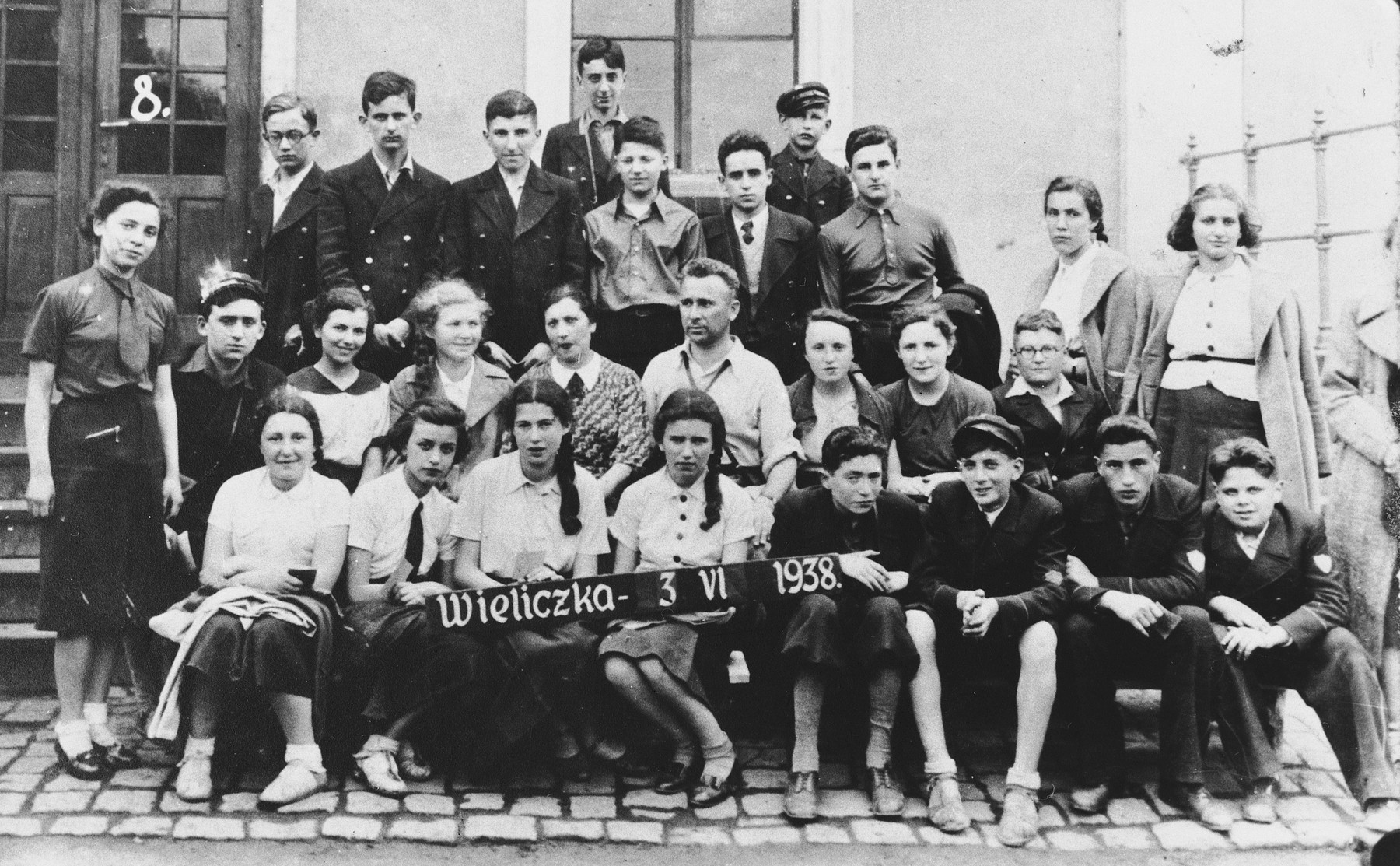 Students at the Epstein Polish Gymnasium.

Vera Shapiro is standing on the far right. Julian Rafes is the tallest boy in the back row.

Biography
Vera Toper (born Vera Shapiro) is the daughter of David Shapiro and Lisa (nee Abramowitz) Shapiro. She was born on September 9, 1924 in Vilna Lithuania where her father imported and exported lumber. Lisa was trained as a dentist but did not practice. Vera had one brother, Henryk ,born on February 22, 1922. Though the family was assimilated, they observed Jewish holidays and kept a kosher home. Vera attended the Epstein Gymnasium, a Jewish Polish high school, and the family spoke Russian at home. In July 1921, one month after the surprise German invasion of Lithuania, Einsatzgruppen units killed David Shapiro in the forest of Ponary, outside of Vilna. That September Vera entered the Vilna ghetto along with her mother and brother. They remained there for the next two years. Each day Vera and Henryk were forced to walk three to four miles to the city airport. Vera worked in the airport kitchen, and Henryk loaded and unloaded cargo from trains. After the liquidation of the ghetto in September 1943, the family was deported to the Kaiserwald concentration camp in Latvia. Lisa, who was suffering from tuberculosis, perished en route to the camp. In Kaiserwald, Vera worke with her brother loading and unloading trains. In January 1944, Henryk was sent to another labor camp in Dundaga. Vera volunteered to join him, and the brother and sister were put to work cutting trees. As the Soviet army approached in June 1944, the prisoners were marched west towards Gdansk. After two months they reached the Stutthof concentration camp. There Vera was separated from her brother and never saw him again. In September, Vera was sent to work on a farm outside of Stutthof and stayed there until the Germans began evacuating Stutthof and its various sub camps in January 1945. Vera was sent back to Stutthof and then forced onto a death march. She was liberated somewhere near the Polish border on March 11, 1945. She joined a group of liberated prisoners-of-war and stayed with them for a few months before making her way to western Germany in May 1945. While there she managed to communicate with her father's sister, Luba Abramowitz, who was living in the United States. Her aunt sent an American soldier to find her and bring her to France, where she remained until she received an entry visa to America. She came to the United States in March 1946 on board the SS Meribou. Soon thereafter she met Samuel Toper, and they married on June 15, 1947.