Chana Scheiner poses with a group of boys outside the Selvino children's home. 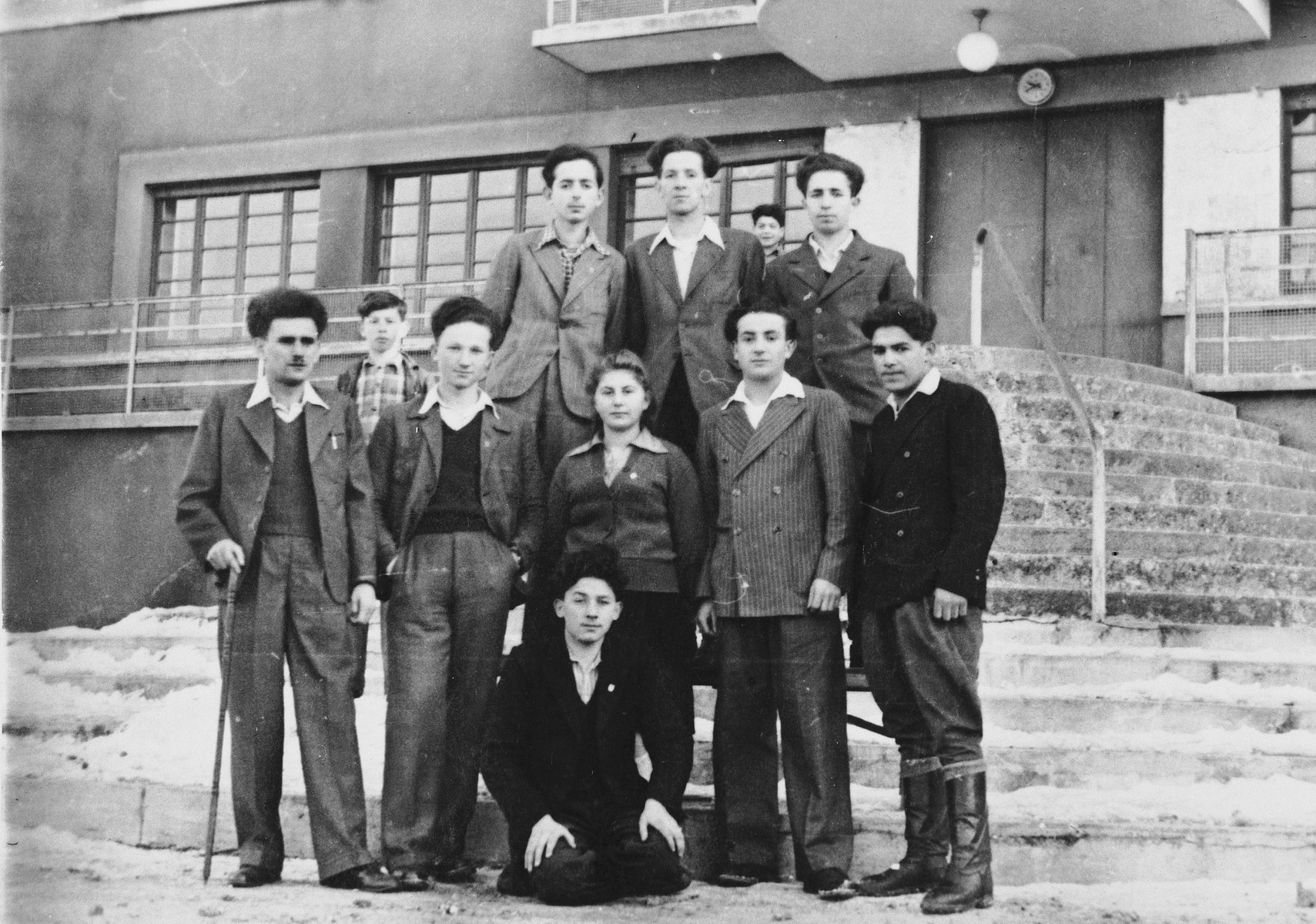 Chana Scheiner poses with a group of boys outside the Selvino children's home.

Biography
Nusia Klinghoffer (born Chana Scheiner) is the daughter of Tuvia Scheiner and Sima Wieselberg Scheiner. She was born in Bukaczowce. Poland in 1931. Her younger sister Danusia was born in 1938. After the German invasion of Poland all the Jews were rounded up from the surrounding area and sent to a ghetto in Bukaczowce. Soon that ghetto was liquidated, and Nusia and her family were sent to larger ghettos first in Rohatyn and then in Przemyslany. There, her world disintegrated. When Chana was only eleven, her parents and younger sister were killed, and she was sent to Mauthausen. After liberation Chana went to Niemce in Lower Silesia where she joined a Gordonia training camp. Hemda Auerbach headed the group of 250 orphans and became their surrogate mother. Chana, then 15 years-old, led the group of youngest children. In the summer of 1946 the 250 children left Niemce and traveled through Bremer, Czechoslovakia to Stzobl, Austria. They then made their way to Italy and arrived in the Selvino children's home in December 1946. There a surviving cousin of father tracked her down. He connected her with Tuvia’s two sisters and brother who had left Poland before the war and were living in the United Sates. Chana left Selvino in 1947 along with seven other teenagers who had found relatives in the United States or Canada. They were tansferred to a displaced persons camp in Cremona and Trani. Chana immigrated to the United States on May 15, 1950.