Group portrait of four couples at the Kibbutz Buchenwald hachshara (Zionist collective) in Geringshof, Germany, who are about to be married. 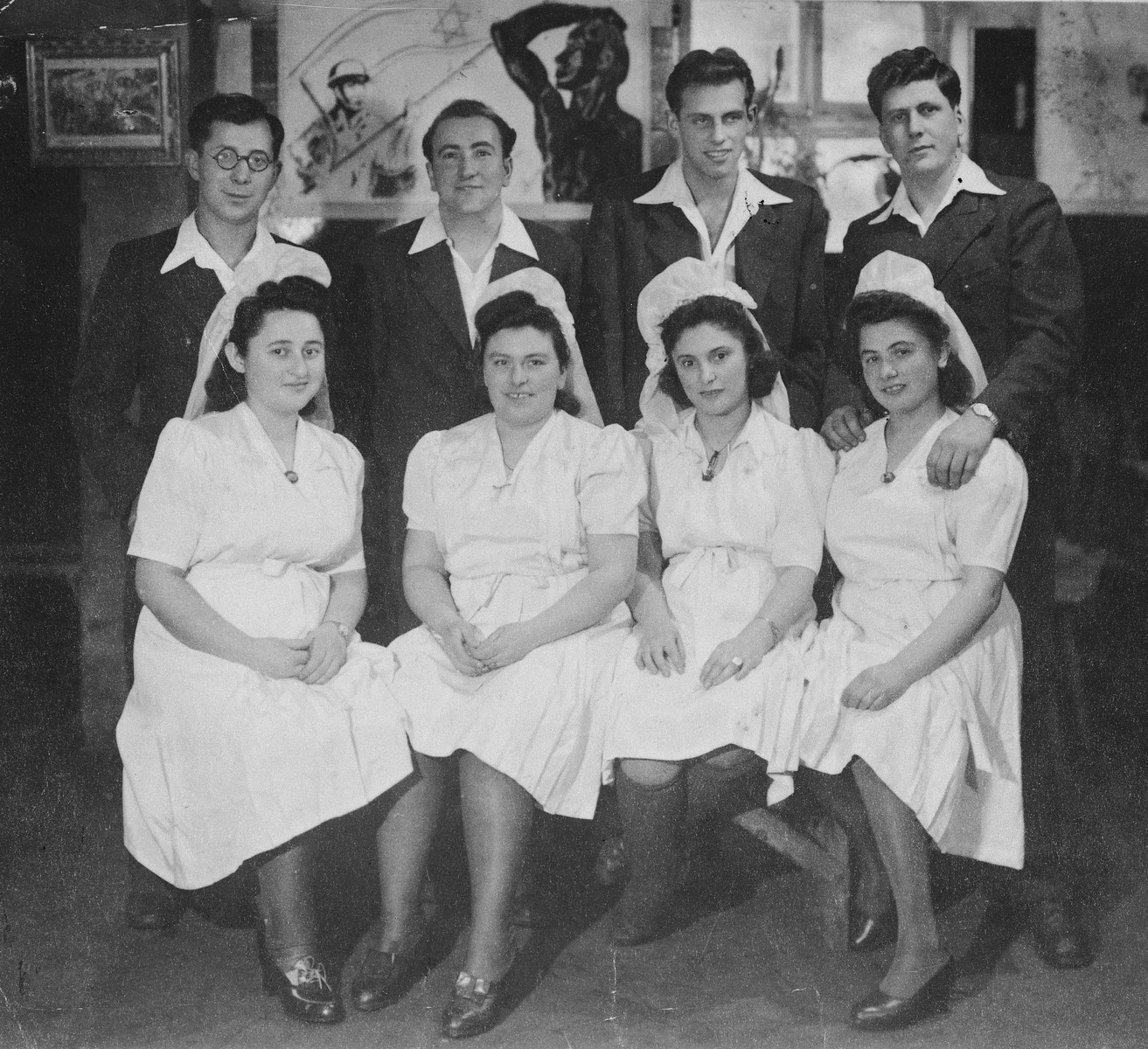 Group portrait of four couples at the Kibbutz Buchenwald hachshara (Zionist collective) in Geringshof, Germany, who are about to be married.

Pictured from left to right are Szymon and Hana Szmulewicz; Wajsman and his bride Rozka; Moniek and his bride Dora; and Gershon and Malka Belkowski.