Eva and Walter Weitzmann bid farewell to their mother and grandmother prior to leaving on a Kindertransport to France. 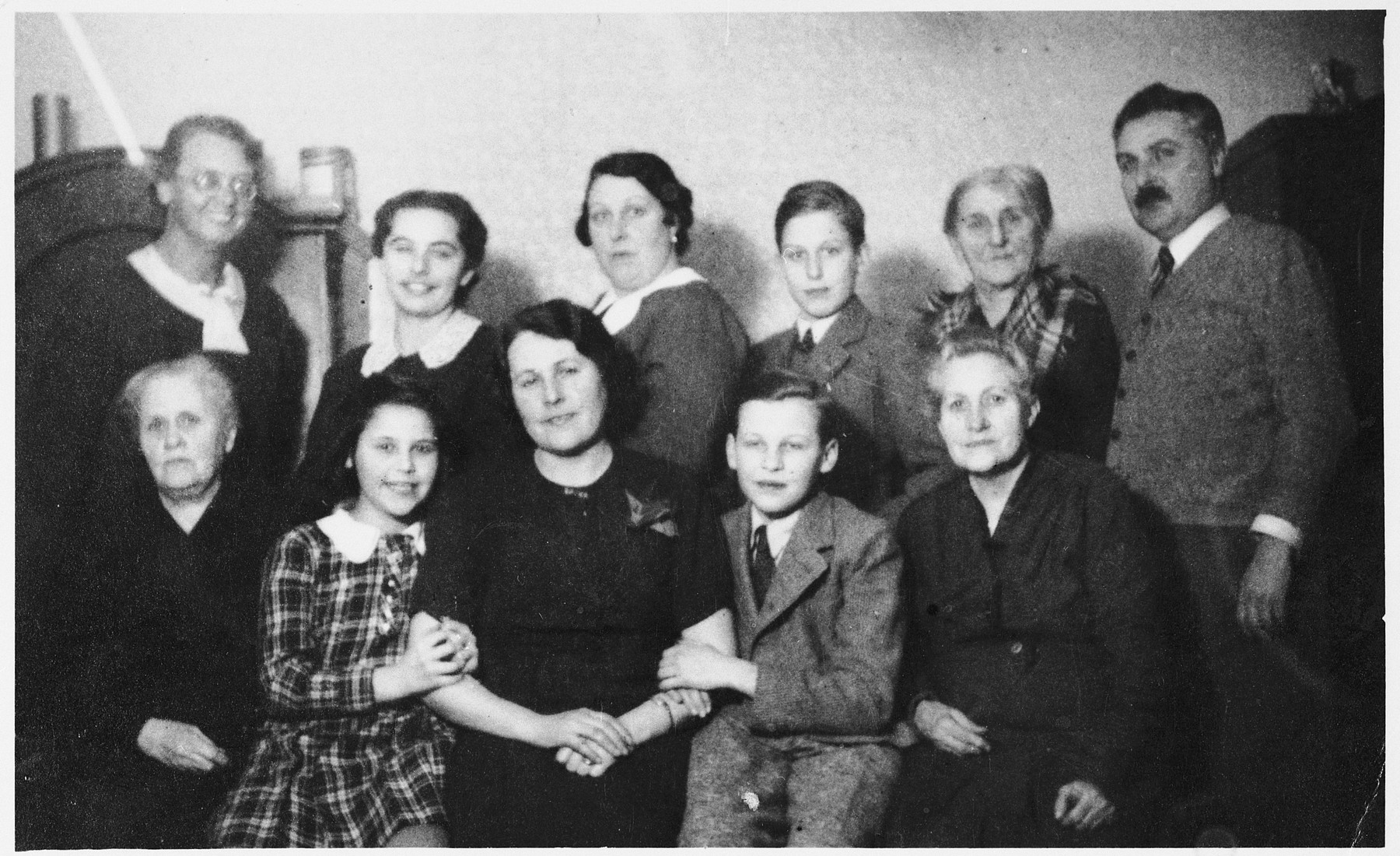 Eva and Walter Weitzmann bid farewell to their mother and grandmother prior to leaving on a Kindertransport to France.

Biography
Eva Moore (born Eva Weitzmann) is the daughter of a Jewish father, Rudolph Weitzmann and a Christian mother, Margarethe (Mayer) Weitzmann. Eva was born in Vienna, Austria where her father was a businessman. She had one brother, Walter. On December 31, 1936, Rudolph died from kidney illness. Margarethe, now a widow, had to manage the family stresses brought on by the volatile political situation on her own. On March 12, 1938 Germany annexed Austria and immediately instituted antisemitic decrees. Eva, who has been attending the Schubert Schule in Vienna, now had to attend a Jewish school instead. On March 13, 1939 Margarethe sent her children on a Kindertransport to France. They went to the Chateau de la Guette, a mansion owned by Edouard and Germaine de Rothschild located in the Seine-et-Marne district near Paris. She remained in la Guette until it was evacuated in May 1940 to the village of La Bourboule in the Massif Central region. She remained there for little over a year, and in August 1941 she boarded the Mouzinho in Lisbon for New York. After arriving in America she was sent to Minneapolis where she resumed her education and subsequently moved to Los Angeles. Eva married Mortimer Moore in 1958 in Vienna.