Portrait of a Jewish refugee child from Belgium taken by the Swiss police after she escaped with her family from occupied France into Switzerland in the fall of 1943. 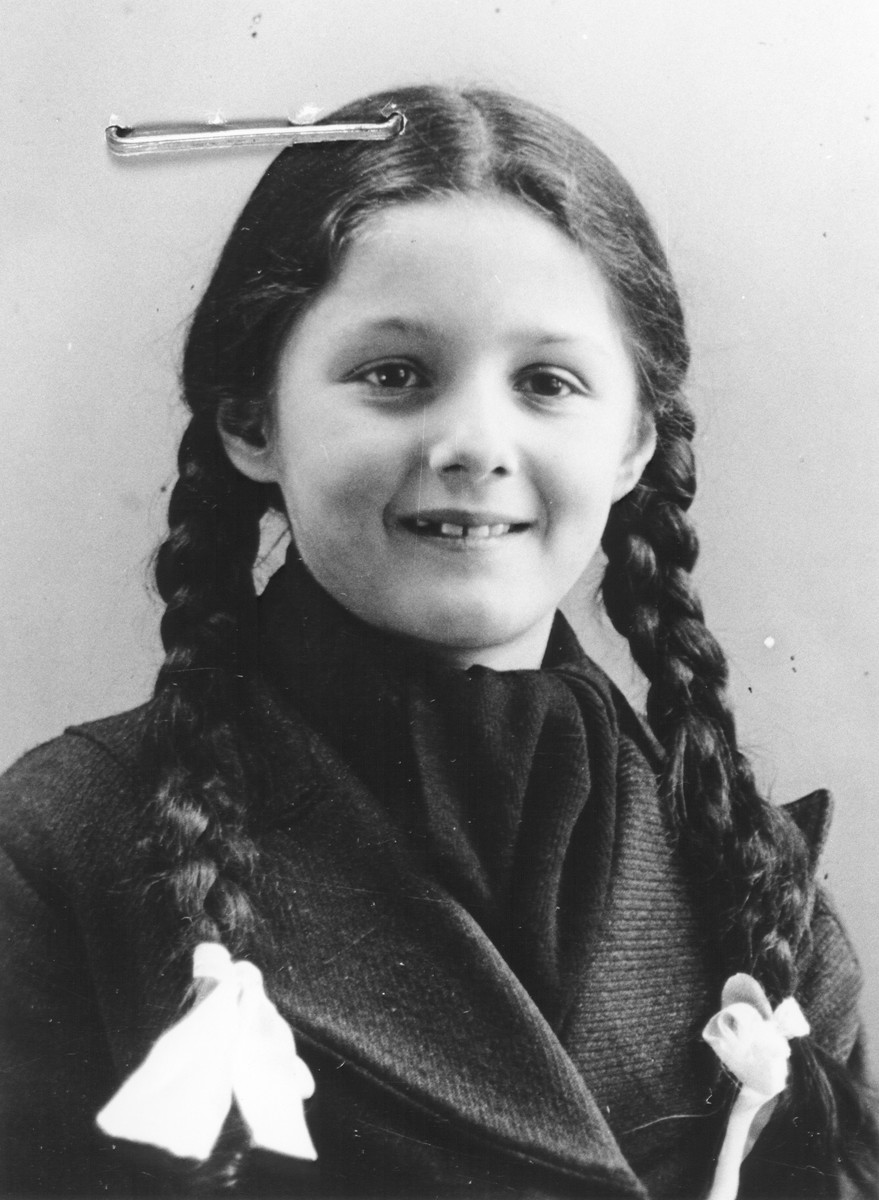 Portrait of a Jewish refugee child from Belgium taken by the Swiss police after she escaped with her family from occupied France into Switzerland in the fall of 1943.

Biography
Mordecai Paldiel (born Markus Wajsfeld) is the son of Szlomo and Hinde (Labin) Wajsfeld. He was born March 10, 1937 in Antwerp, Belgium, where his father worked in the diamond trade. His parents were Polish Jews (his father from Miechow, near Krakow, and his mother, from Uhnow, now Ukraine) and adherents of the Belzer hasidim. Markus had seven siblings, two of whom were born after World War II: Annie (b. 1936), Lea (b. 1939), Frieda (b. 1940), the twins Simon and Mania (b. 1942), Rebecca (b. 1945) and Abraham Dov (b. 1952). Following the German invasion of Belgium in May 1940, the family fled to southern France. After staying for a time in St. Gaudens, they moved from place to place. They eventually settled in the village of Varse near Grenoble, which soon became part of the Italian zone of occupation. When the Germans seized control of the region in September 1943, Hinde Wajsfeld, who looked less Jewish than her husband, contacted a priest named Abbé Simon Gallay in the resort town of Evian-les-Bains. He agreed to arrange the escape of the Wajsfeld family across the border into Switzerland. The family was instructed to travel to Thonon-les-Bains, and from there, to a small village, where they would meet their passeur (border smuggler). That night, the family (including Hinde’s mother Yocheved Labin) was led to a ridge that lay just over the Swiss border and told to wait until a Swiss border patrol would spot them. They hoped that the presence of the small children would sway the guards to allow them to remain, which indeed happened. Thus, on September 9, 1943, the Wajsfelds found refuge in Switzerland. They lived at first in the town of Charmilles but later moved to other locations. Markus and Annie were sent to a children’s home in Bex-les-Bains. In late 1944, the whole family moved to Geneva. After the war, the Wajsfelds returned to Antwerp. Markus later immigrated to Israel, where he eventually became the Director of the Department for the Righteous Among the Nations at Yad Vashem. Following a search of several years, Markus (now Mordecai Paldiel) tracked down the priest from Evian-les-Bains who had helped his family during the war, and in 1989, Abbé Simon Gallay, was recognized as one of the Righteous Among the Nations.