A group of Jewish DP girls from the Schlachtensee displaced persons camp pose outside with their hands joined during a Shavuot holiday outing. 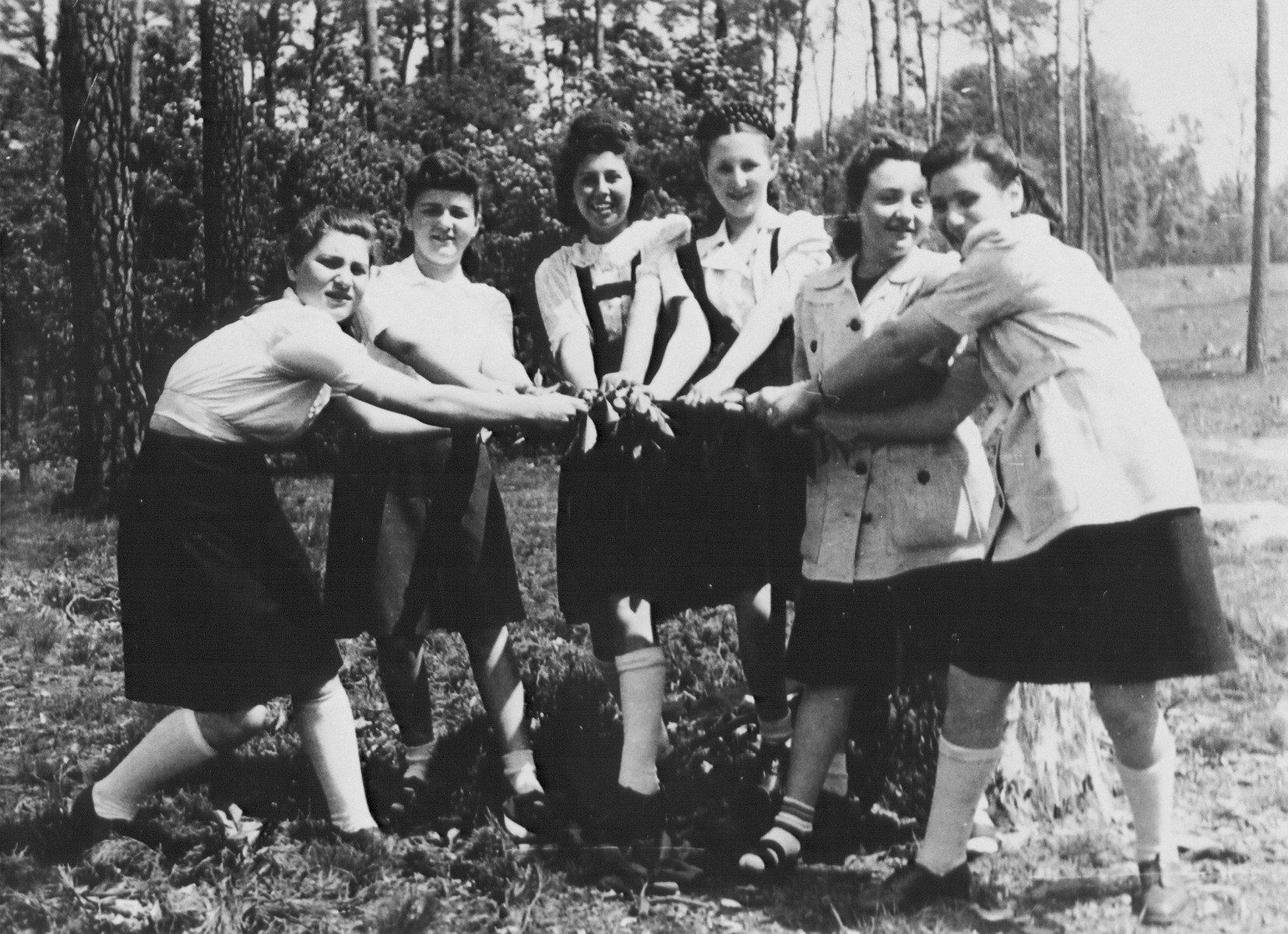 A group of Jewish DP girls from the Schlachtensee displaced persons camp pose outside with their hands joined during a Shavuot holiday outing.

Among those pictured is Regina Laks (third from the left).