A mother and daughter pose by a fence on a dirt road in Germany. 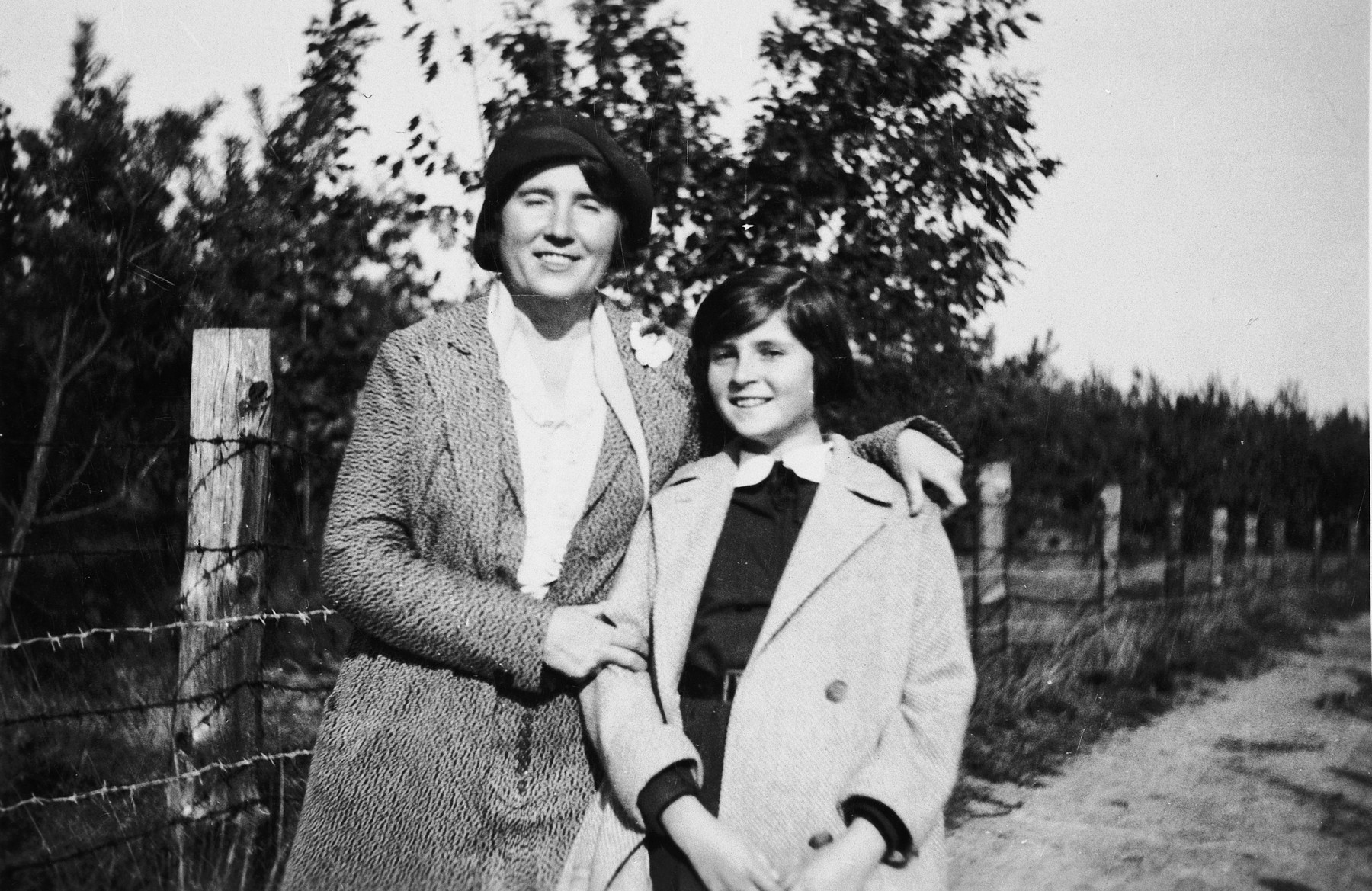 A mother and daughter pose by a fence on a dirt road in Germany.

Pictured are Kaete and Eva Baruch.