Close-up portrait of a destitute Jew on Grodzka street in the Lublin ghetto. 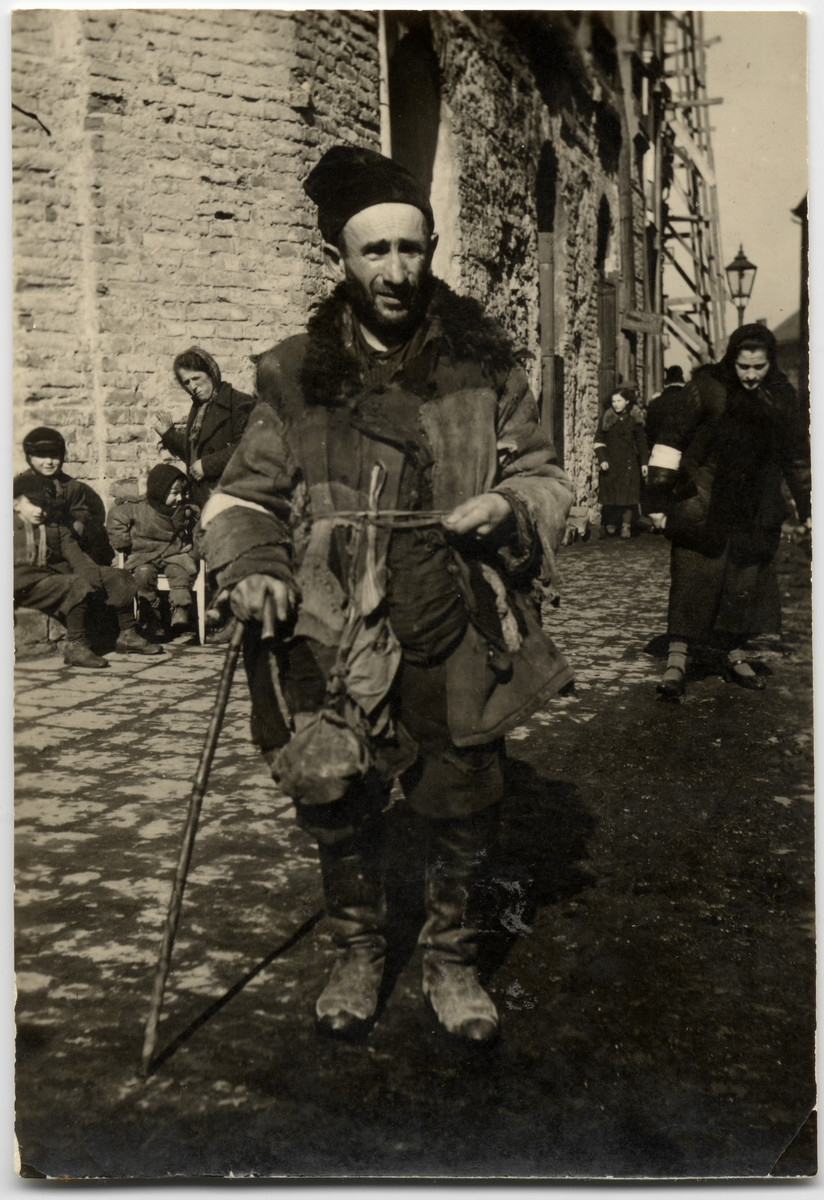 Close-up portrait of a destitute Jew on Grodzka street in the Lublin ghetto.

One of several thousand photographs collected by the Shalom Foundation (Warsaw) in response to an appeal to the Polish public for photographs of Jewish life in Poland before and during the Holocaust. Many of the respondents were Polish Christians, whose families had held on to photos entrusted to them by Jews before their deportation or who had found these photos in abandoned Jewish homes.