The corpses of individuals murdered by the NKVD (Soviet Secret Police) in the courtyard of a Lvov city prison. 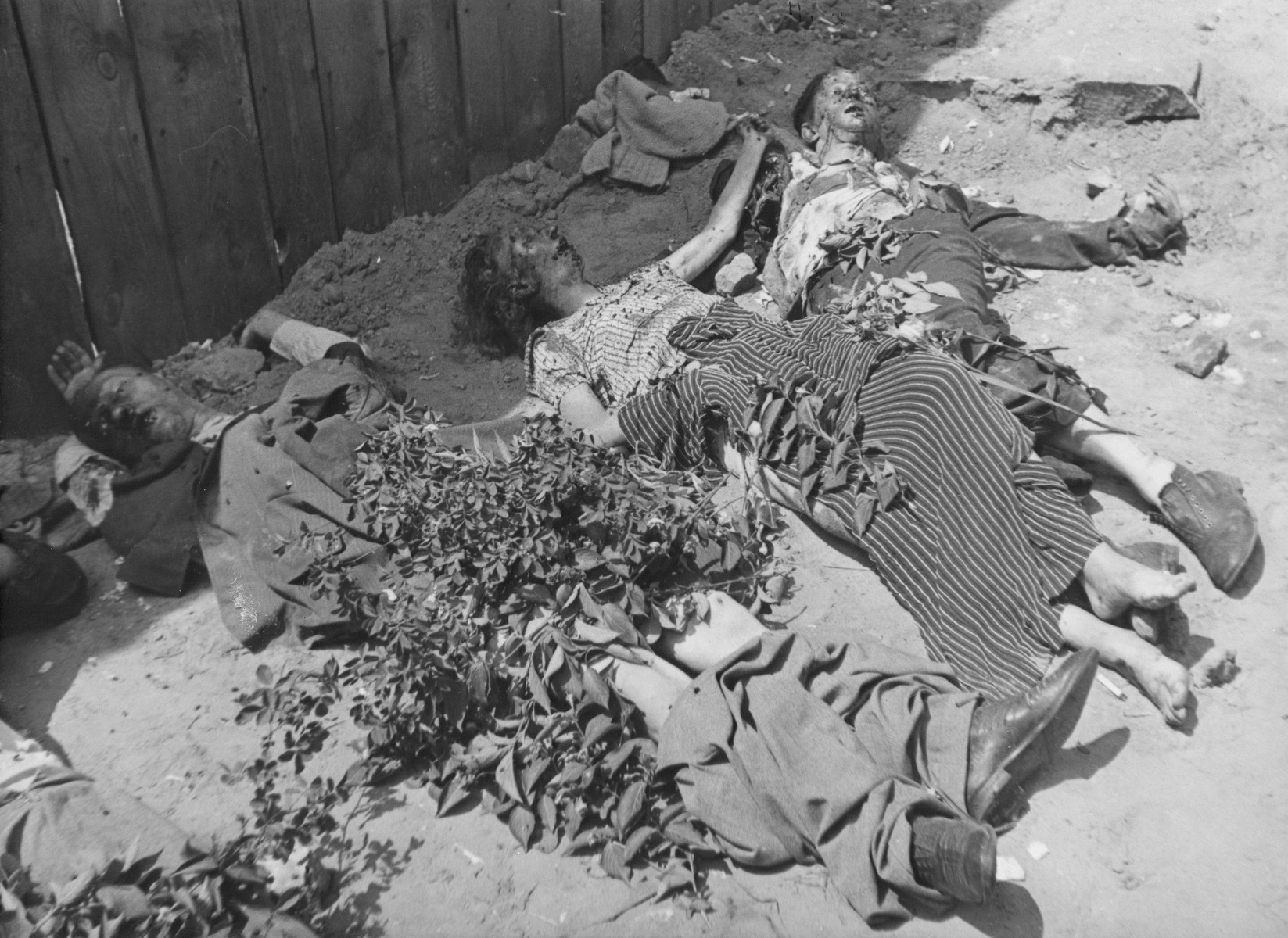 The corpses of individuals murdered by the NKVD (Soviet Secret Police) in the courtyard of a Lvov city prison.

The original caption reads: "Series: This is how the GPU "work" in Lemberg. By daylight bodies of murdered men and women are pulled from a basement in the Lemberg GPU prison."

Event History
Following the German invasion of the Soviet Union on June 22, 1941, the NKVD (Soviet Secret Police) in Lvov began carrying out mass executions of prisoners in the jails on Kamierswska, Leona Spaieky, and Zamarstynowska streets before retreating into the USSR. The victims were mostly Ukrainian nationalists, but also included Polish and Ukrainian intellectuals, as well as some Jews. When German troops arrived in Lvov on June 30, they found over 4,000 corpses of men, women and children in the NKVD prisons, many of whom showed signs of torture, rape, and mutilation. The actual number of victims is difficult to ascertain, due to the fact that two of prisons' basements were filled with bodies from floor to ceiling, making passage into further rooms, which presumably contained more bodies, impossible. Confronted with such a large number of corpses, the German authorities laid out for identification those bodies suitable for transport found on the upper stories of the prisons, but chose to seal the entrances to the basements after covering the victims with lye. On the same day, the local Ukrainian population, enraged by the executions, and encouraged by the German authorities to believe that the murders had been carried out by Jews, began taking part in a pogrom along with Einsatzgruppe C and German soldiers, as well as some of the city's Polish inhabitants. When the violence ended four days later on July 3, 1941, over 4,000 Jews had been murdered. A further 7,000 Jews, as well as 73 NKVD functionaries, were rounded-up and shot by the Einsatzgruppe in various Aktionen carried out in retaliation for the prison massacres.