Portrait of the Marx family shortly after the war. 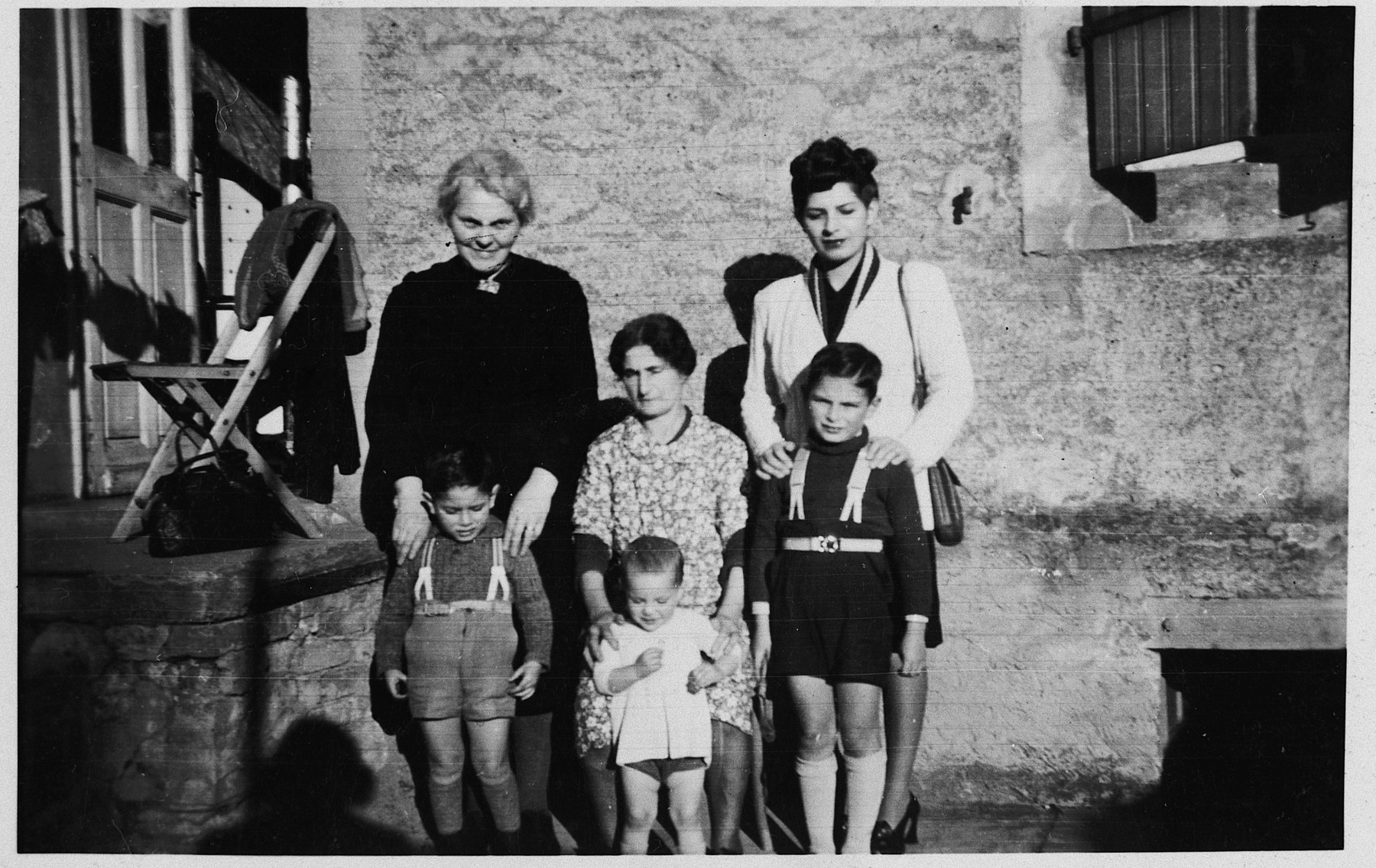 Portrait of the Marx family shortly after the war.

Pictured in the back are Grandmother Marx and Henny Marx. In the front row are the brothers Claude, Robert and Gerard.

Biography
Gerard (now Jerry) Marx is the son of Andre Marx and Henny (nee Petranek) Marx. He was born on October 1, 1939 in Luxembourg where his father served as a professor of Jewish studies and cantor of the Great Synagogue in Luxembourg as well as the community's shochet (ritual slaughterer). His father was born on April 9, 1912 in Bettembourg, Luxembourg, and his mother, born in 1916 in Damborice, Czechoslovakia, grew up in Vienna. Henny's brother immigrated to the United States in 1938, and she hoped to get visas well. However, after the German invasion of Luxembourg on May 10, 1940, the family fled to France carrying with them portable valuables such as gold and diamonds, as well as food. Their visas expired before they could escape via Spain to Portugal. Instead, in 1941 they arrived in Montpellier where Gerard's younger brother Claude was born on January 7, 1942. Andre, who was fluent in French, German and Hebrew, found work in various Jewish organizations. In January 1943, as the situation in France was becoming more desperate, Andre and Henny decided to flee to Switzerland. They crossed the border into Switzerland, possibly near Grenoble, via a hole in the fence. At that time Switzerland did not send back families with small children, so they were allowed to stay though their valuables were confiscated. Once in Switzerland, the family was separated. Henny and the boys were sent to a camp for mothers and children, and Andre was sent to a labor camp. The camps received limited food supplies from the federal and cantonal government, which was augmented by deliveries from the American Joint Distribution Committee and the local Jewish community. Despite this the boys suffered from malnutrition and developed lifelong health problems. Andre helped subsidize the family by tutoring Jewish children for their bar mitzvah. After the war, the Marx family returned to Luxembourg and shortly thereafter their third son, Robert, was born in 1945.